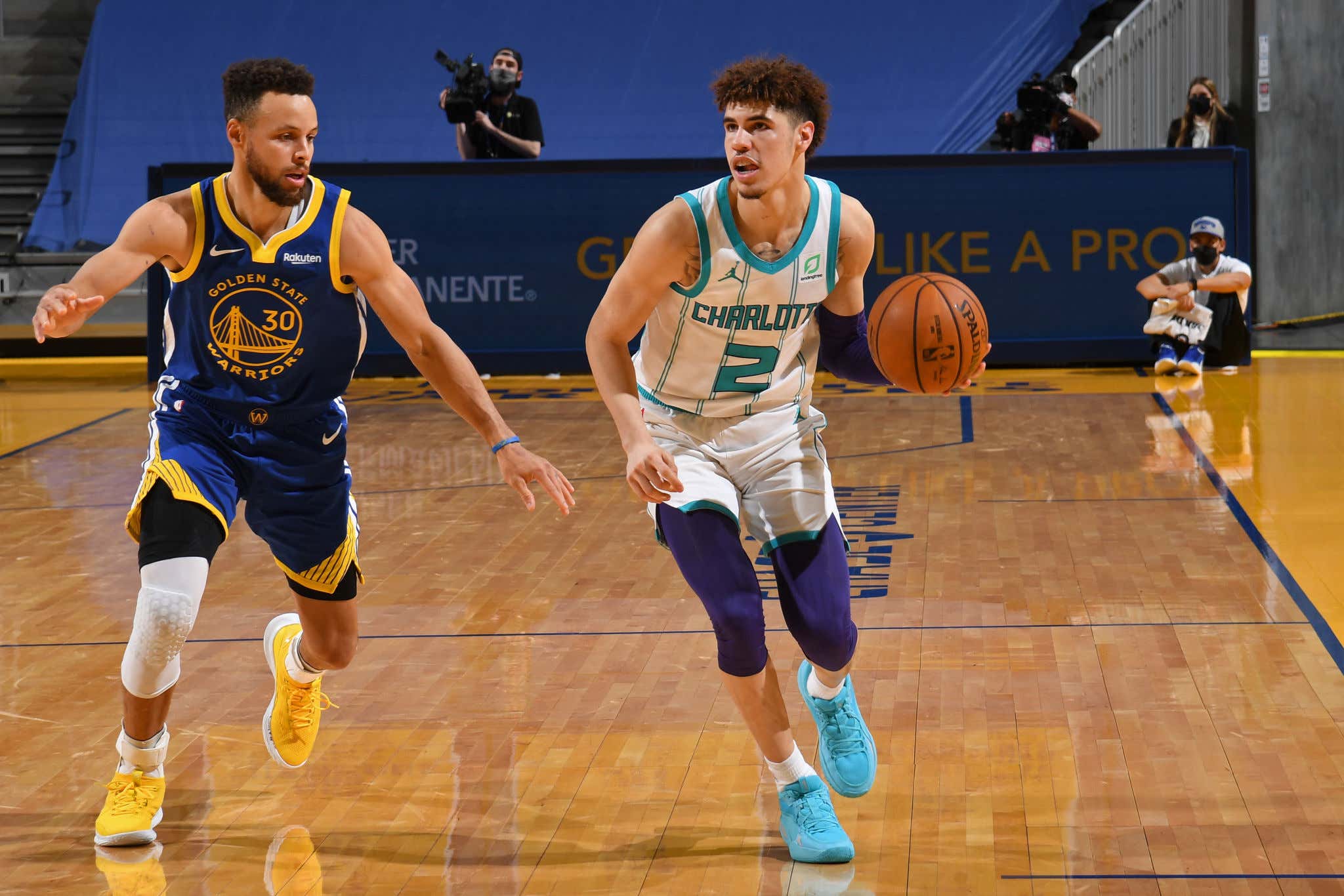 I'm a big Jalen Rose guy. Have been for a long time. I like him on TV, his podcast, and I just feel like he's not one of these people who just goes on TV and says random shit just to go viral like a Windy or some shit. The man is plugged in. So that's why this story he dropped about the Warriors and LaMelo perked my interest.

"Wiseman was the choice. Wiseman is the choice. They need height. When you've got Draymond playing point-center. They need height. They need tall men to play against Anthony Davis, The Joker [Nikola Jokic], [Joel] Embiid, Giannis [Antetokounmpo]. Like, they need height. And so he was the right pick for them but that didn't stop them from telling LaMelo Ball they were taking him. Just so you know, right after they got off the phone with LaMelo Ball's team and telling them they were going to take him, I was a part of the next call. As a matter of fact, I sent an internal text to our producer on Countdown and told them that. And then 3, 2, 1, the pick happens and they didn't do it. True story."

I'm not someone who is going to come on the internet and declare James Wiseman a bust or anything like that. Don't be dramatic. He's a 19 year old who didn't play in college and has 26 career games under his belt putting up 11.8/5.9 with 1.1 blocks a night. Wiseman is an extremely raw prospect with a ton of potential.

But here's what I also know. LaMelo Ball is awesome and is producing at an elite level basically right away. It's not just hype either.

In 15 starts this year LaMelo is putting up 20.7/6.2/6.7 on 46/44% splits. Uhhhhhh that's legit. So while you can understand why the Warriors went the direction they did, there is no denying that putting LaMelo on that GS team and in that system would have been awesome. Move Oubre Jr to the bench and Wiggins into the SF spot while Klay is out. Maybe they trade one of them in the offseason or something. Then think of the lineups where they could put Draymond at center. It's not like Ball is small, so you're not losing much size at the guard spot. You're telling me Steph couldn't feast off the playmaking of LaMelo? Then once Klay is back imagine how much better it gets.

I know it's easy to say in hindsight, but it's hard to not think the Warriors may have fucked this one up. Especially since they were apparently telling LaMelo they were going to take him. Rose has no reason to make that up so why wouldn't I believe that. It wasn't a situation where they had to send smoke screens out so nobody would take the guy they actually wanted, everyone knew Anthony Edwards was going #1. The Warriors could take whoever they wanted.

Then once I think about it, maybe it's actually better that LaMelo didn't go to GS. If they got really good again, people would hate him. He'd be a villain. Now, he's on this Hornets team that suddenly is full of promise. They've been way better than we all thought and he has a huge role in that. It's cool that a small market team can hit on a pick like this rather than the big bad Warriors reloading. Better for the league in my opinion. But it does make you wonder. If that GS team had LaMelo they could always trade the Wolves pick (which should be top 3) for a legit big. They have options! I wonder if they had a do over if they would actually keep their promise to LaMelo. I want to live in an alternate reality where LaVar Ball declares his son is a better player and option than Steph Curry. We were robbed of that moment, which is too bad.

I do think Wiseman figures it out and becomes a good player. The thing is, LaMelo looks like he's on the path to becoming a great player, and that stings.