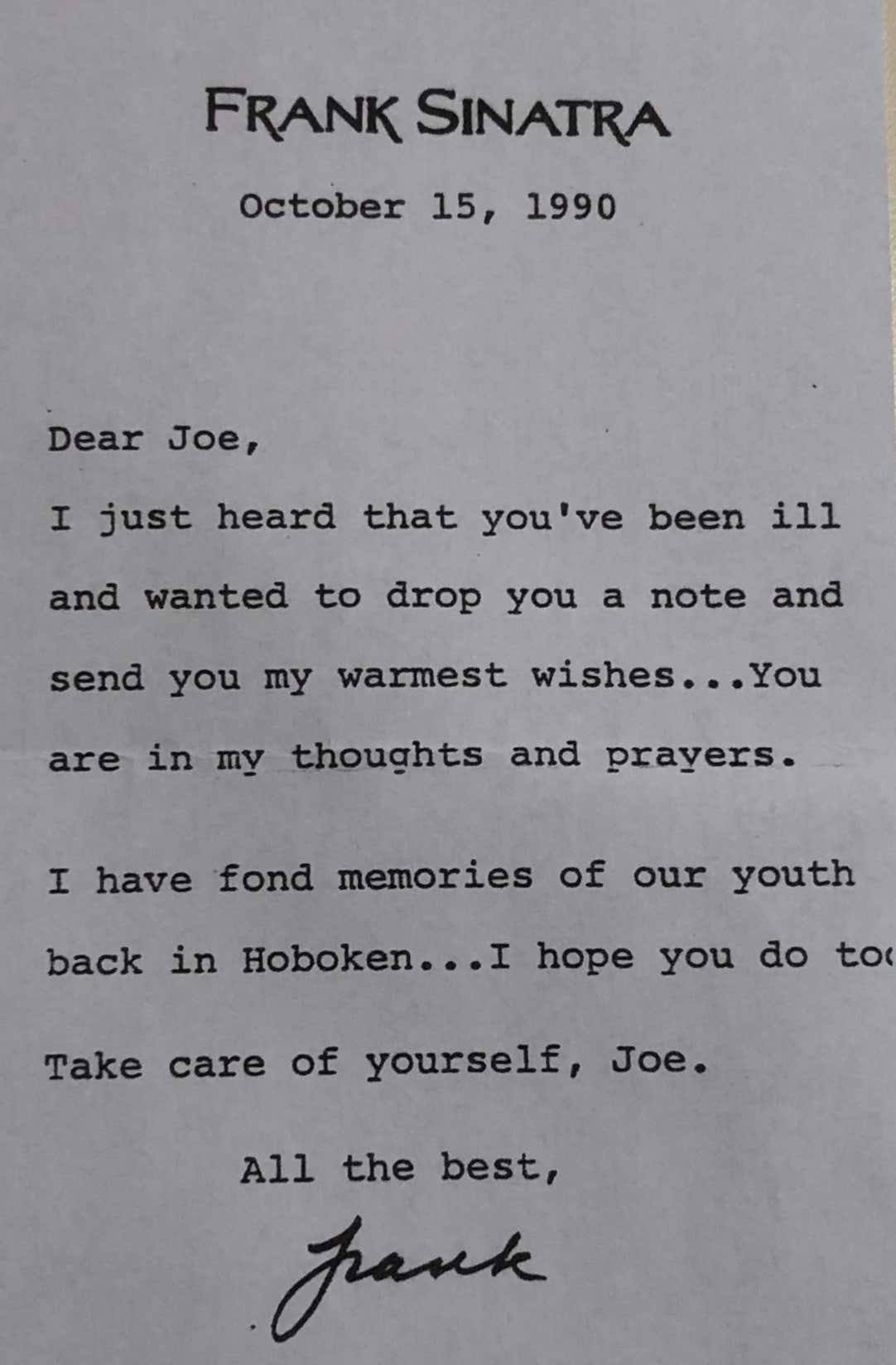 I recently came across this note (via my mom) and I thought it was cool enough to share here on the blog.

As the story goes, my grandfather's uncle, Joe, grew up with Frank Sinatra in Hoboken (my mother's side of the family is as Jersey-Italian as it gets), and was with him in Long Branch when he met his first wife, Nancy. 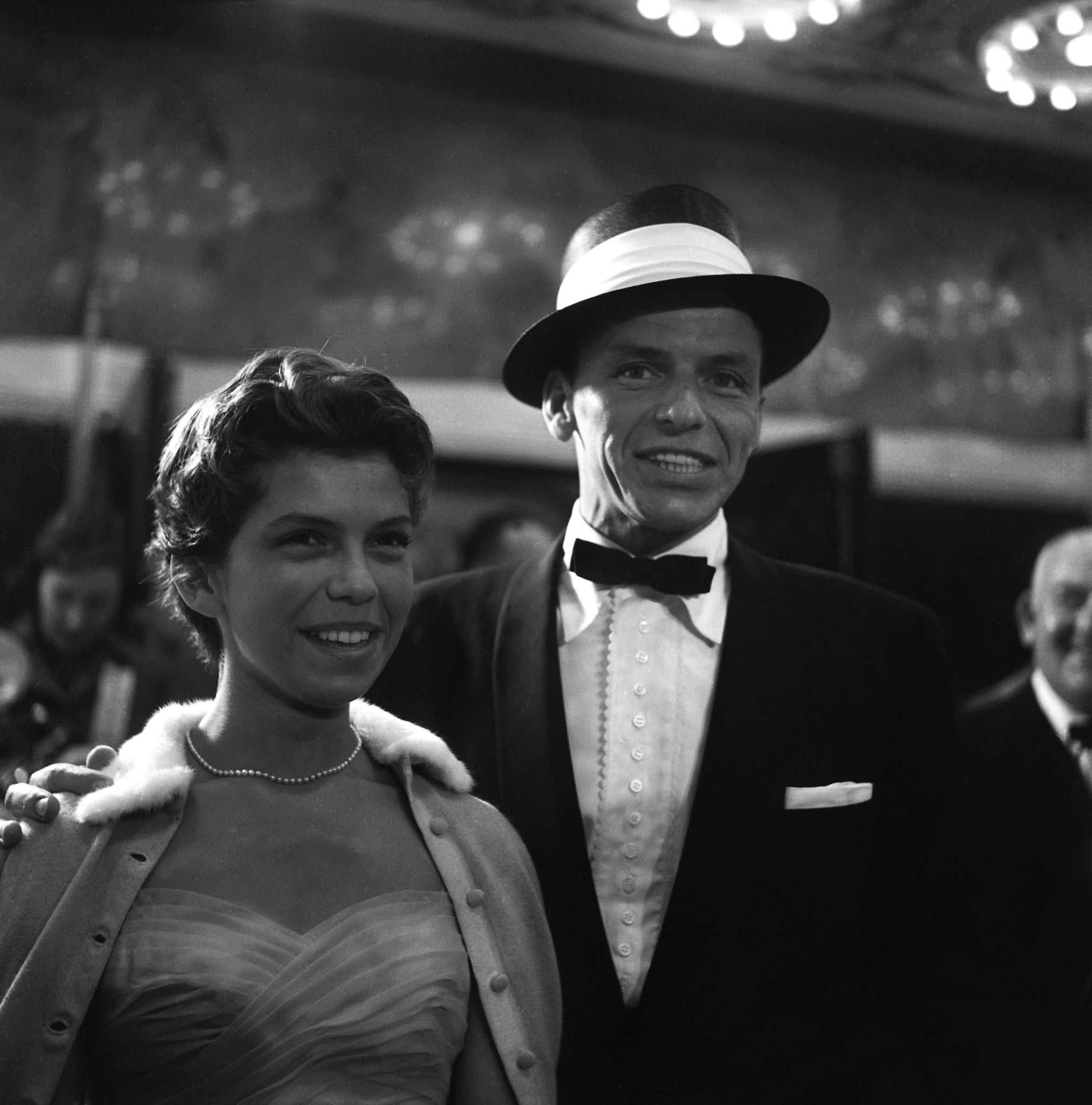 When Joe went into a nursing home late in life, Frank wrote him to send his well wishes. That's about it! Pretty fuckin awesome though (and heartwarming, when he talks about having fond memories of their youth), ain't it?!

This whole thing actually made me think about the section of Hulu's 'In & Of Itself' (which is brilliant), where Derek DelGaudio tells the audience to write more letters/cards to the people they love and care about because of how much something as simple as that could mean to someone. I'm sure my grandpa's uncle was beaming with joy with he saw Sinatra had reached out to him back then, and now look at us…still talking about this little note thirty years later! So I'll co-sign that DelGaudio point: check in with the people ya love more often!

I don't know much more about this Uncle Joe character, as he unfortunately passed years before I was born, but man - the things I'd do to hear him tell me some Sinatra stories over a chicken parm/ziti!