Whatburger is going after Meek. Whataburger! From what I’ve heard they are delicious, but they’re still Whataburger. Fast food places getting 85 thousand RTs at Meek Mill’s expense. Ruthless.

To be honest I’m not sure that that means but Meek Mill is from Philly so it’s safe to say it’s Hamburger Helper taking a shot at him. That’s like food stamps making fun of you for being hungry.

And of course the question of the year- did Drake get peed on in a movie theater?

Never hurts to get involved and get some RT’s about someone getting peed on. Marketing 101 folks.

And the biggest winner of all? The Undertaker and Vince McMahon. You cannot convince me that this entire rap feud is just a ploy to get ratings up for next month’s SummerSlam where Taker will face Brock Lesnar. Undertaker just happens to return 2 weeks ago and now his theme song is being used in the biggest rap feud in recent years? Vinny Mac you sick genius. We’re all just pawns in his game. 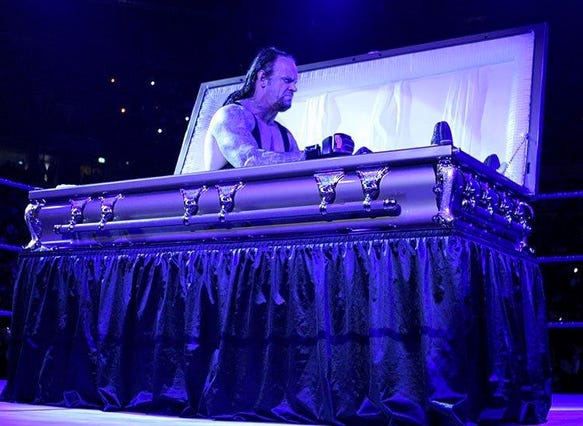