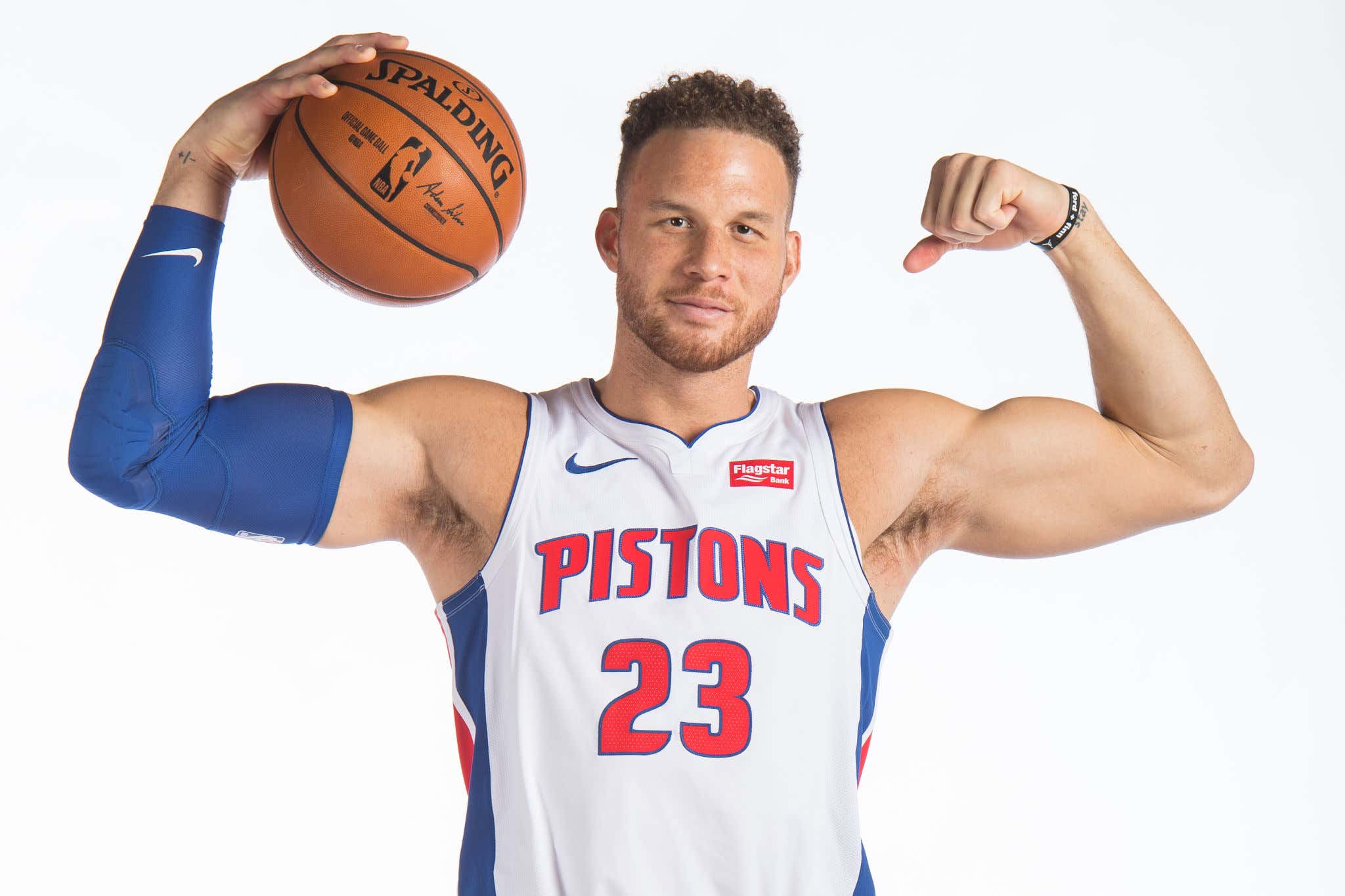 I wouldn't exactly call this a surprise, we all knew it was coming. It was only a matter of time before it became official, but Blake Griffin is now on the market and can sign with whatever team will have him. No need to worry about that massive $36M salary this year or the $38M player option next year. Now it's about who has a roster spot for him.

Blake's tenure in Detroit was….complicated. When he was healthy he looked like someone who still had a bunch left in the tank. He made an All Star team in his first full season as a Piston, and put up 20.7/6.7/4.0 in 138 games. Not terrible. The issue was he had a hard time staying healthy. It sucks. He played just 18 games last year and so far only 20 this season. His efficiency has tanked a little bit, especially from three. I will say Blake has shifted his game from being this super athletic dunker to more of a stretch four, and call me crazy but if he's truly healthy I do think he can help someone. You just have to recalibrate your expectations.

So the question now becomes, where is he going to go? You hear Woj, many of the NBA's top playoff contenders are going to be in on him. It sounds crazy, but the a return to the Clippers would help LAC a lot. They need big man depth. The same is kind of true with the Lakers, and I while I would never truly want to see anything positive happen with that franchise, I would love him going there purely out of spite for how things ended as a Clipper.

You obviously have to always mention the Nets, they don't exactly have a ton of big man depth and he wouldn't be asked to carry much of the load if he were to join BKN. That's a decent fit. I also wonder about a team like the Blazers. It feels like they've needed to address their PF spot for the longest time, that wouldn't be the worst place in the world for Blake to go. I'm not even going to mention the Celtics because Woj said "playoff contender" and I'm not going to put them in that class just yet. If he wanted to come to Boston for the minimum I won't hate it, but I don't think that's going to be a realistic option when other teams are going to be interested.

There's also the Heat. This time of year you always hear the Heat are up to something, they made moves last year at the deadline to improve their team, and something tells me Riley won't stand pat (pun not intended but intended) this year.

Considering it won't take much to bring him in, it's almost a no risk/high reward move for whoever wins the Blake sweepstakes. If you have a need at that position, you could certainly do worse. There's still upside with Blake as long as he's healthy. Sometimes a guy just needs to get out of a dogshit situation and suddenly he looks a whole lot better than what you initally thought. I don't see why that can't happen with Blake. Especially if he's on a team that has a real chance.

He's not the Blake of old, we all know that. I'm pretty sure he still hasn't dunked this season which is insane. But he has a skillset that can help. Whether it's to be a 4th option on a team or someone that comes off your bench. Maybe I'm crazy, but I still believe in Blake and it's cool that after what happened with the Clippers he'll now get to control his own destiny.

It's hard to not root for Blake. He's the man. I'm not ready to see him hang em up just yet and hope he lands somewhere where he can actually contribute.