This week I sat down for a meal with one of Barstool's newest employees, Ben Mintz. 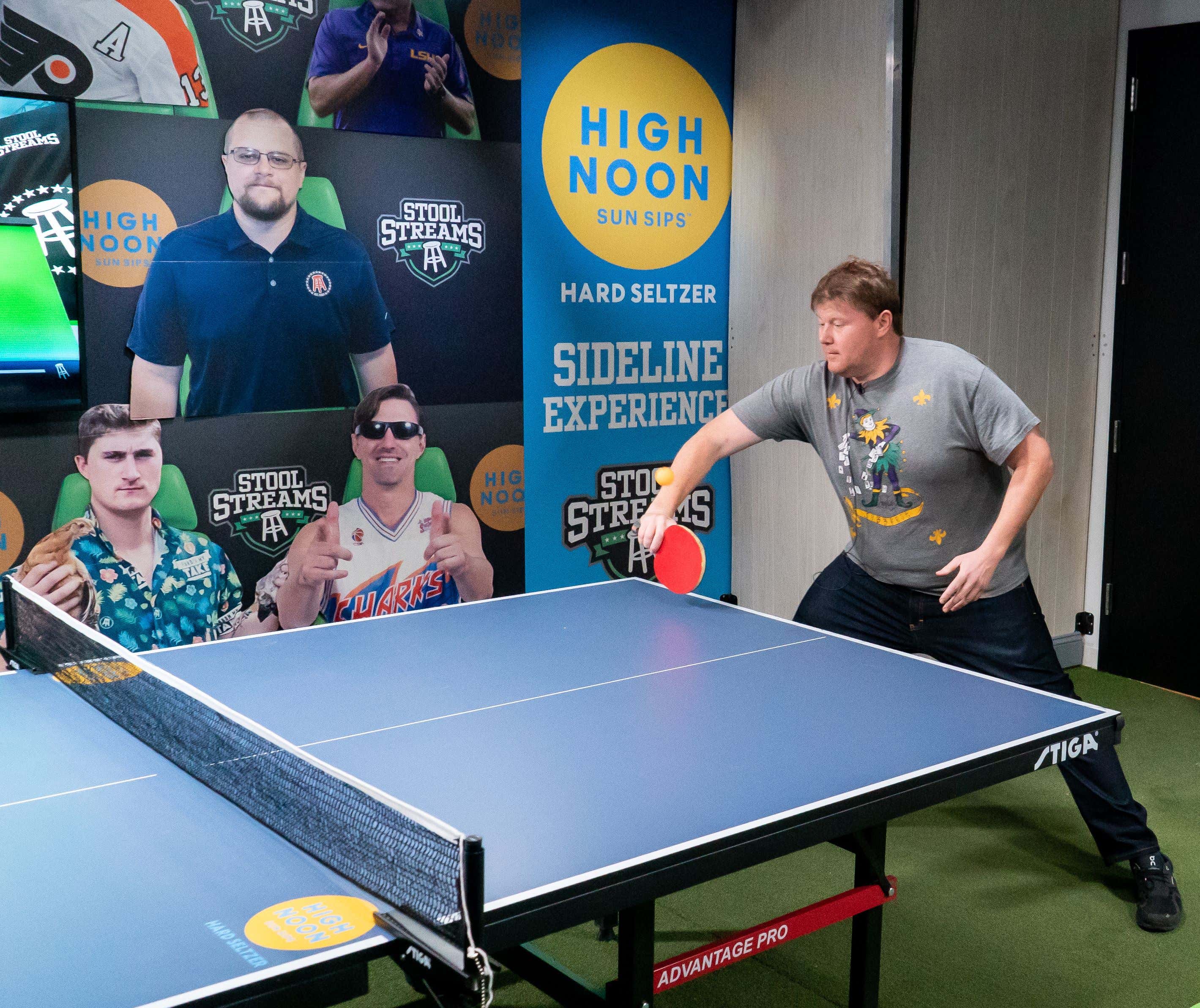 For those who aren't familiar with Ben, he was brought on to bolster both our struggling ping-pong team AND our already-robust gambling platform.  Mintz is essentially a Swiss Army knife that can cover everything from college baseball to professional poker.

I like Ben a lot… Just a good old Southern boy from Louisianna.  And I know he has an adventurous palate, so when he asked me to show him some local food spots, I had asked him to first show me a halfway decent Cajun joint in his newly adopted home of New York City.

He immediately recommended Gumbo Bros on Atlantic Avenue in my hometown of Brooklyn, NY. 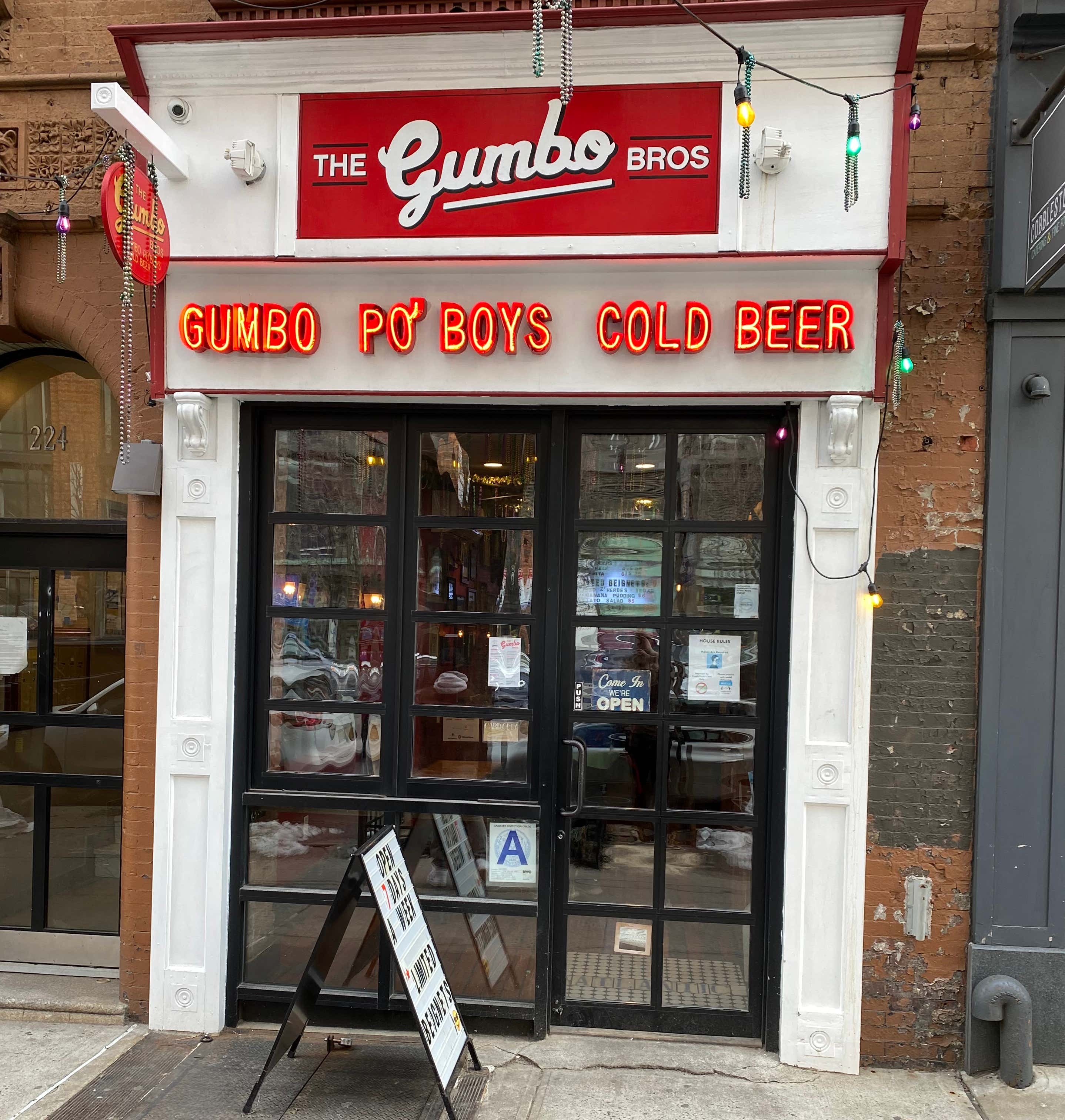 I felt a little cucked being the self-proclaimed "food guy" who had to be taken to his own neighborhood and shown an unfamiliar cuisine by a guy who has only been out of the state of Louisianna a handful of times.

(Ben is probably well-traveled, I just threw that dig in to make a point)

But I agreed to go nonetheless… And I actually agreed to drive… AND I also agreed to pick up the tab… All in an attempt to show just a sliver of dominance on this first date.

As the name probably tells you, Gumbo Bros are known for their seafood gumbo, but Ben and I managed to order just about everything they had… 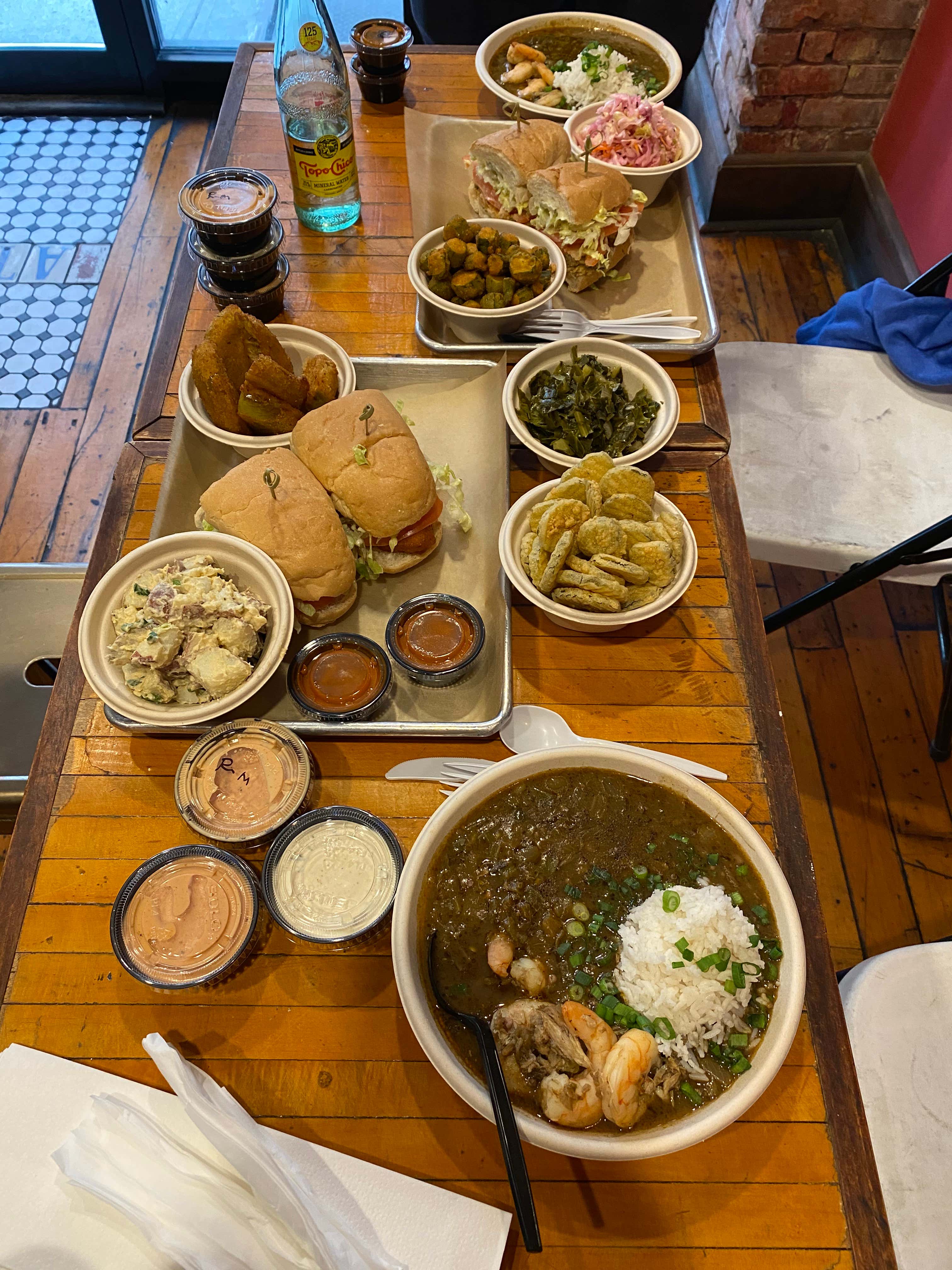 I will get to the rest, but I need to start by saying the seafood gumbo was the star of the meal.

And gumbo can be a tad confusing because it is easily mistaken for other seafood stews… If you were to put a gun to my head and ask me the differences between gumbo, etouffee, jambalaya, chowder, bisque, bouillabaisse, mariscada, paella, and cioppino I probably couldn't answer other than to say that gumbo is by far the "ugliest" of all the seafood soups and stews mentioned above.

And where other dishes are garnished with either a fancy saffron-laced rouille on grilled slices of bread (or at least some adorable little oyster crackers), gumbo just has a scoop of white rice plopped in the middle of the muddy bowl… 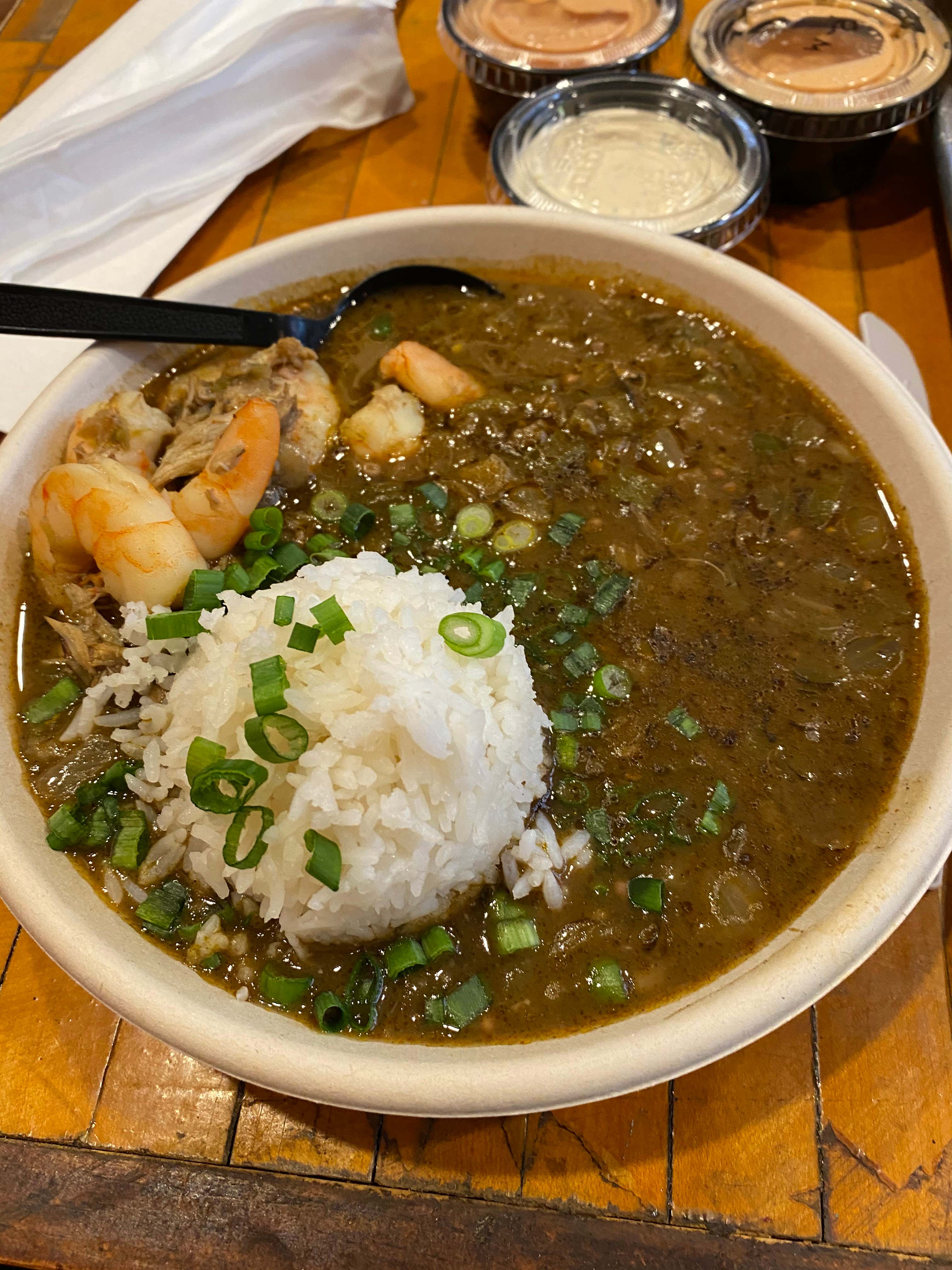 But what it lacks in presentation, it makes up for in taste.

That taste begins with a roux of canola oil and flour cooked until it looks like dark chocolate before being joined with the South's "Holy Trinity" of onion, celery, and bell pepper.

It gets thinned to the perfect consistency with stock, and then shrimp and blue crabs from Chinatown are the proteins that provide a sweetness to the dish.

The final flavor you get is from the filé powder (ground sassafras leaves), which gives the whole meal a distinctive taste that you rarely find outside of the Big Easy.

As for the rest of the menu… Since we tried it all, I will give you the best-of-the-best just in case you make the very easy trek to Brooklyn to give Gumbo Bros a try.

Fried vegetables… The fried pickles and fried green tomatoes are both tasty AF, but the cornmeal-crusted fried okra is OUTSTANDING… I could have popped those things like quaaludes all fucking night. 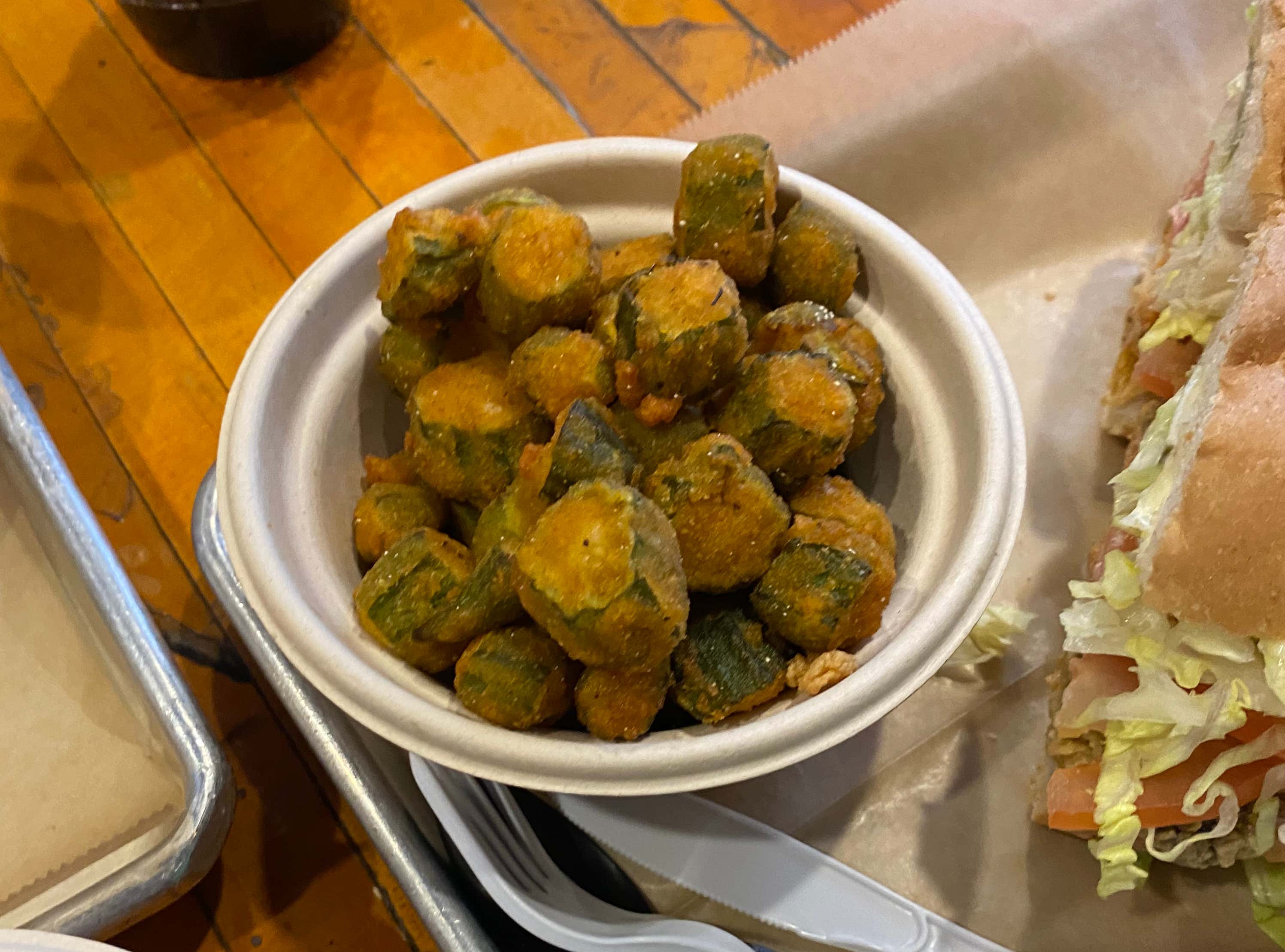 Same story with the po'boy sandwiches… I neglected to ask where they got their bread from, but for people who have eaten in New Orleans before, you will notice that familiar brittle crust and the white-bread-soft interior of po'boy bread immediately.  And if you remember the bread, you'll also remember the familiar tang of Duke's mayo which is slathered on each spit loaf.

Fried oysters are always my first choice for these sandwiches… Followed by fried shrimp… But the fried catfish po'boy at Gumbo Bros was a Friday special and was far and away the sandwich I wanted inside of me the most. 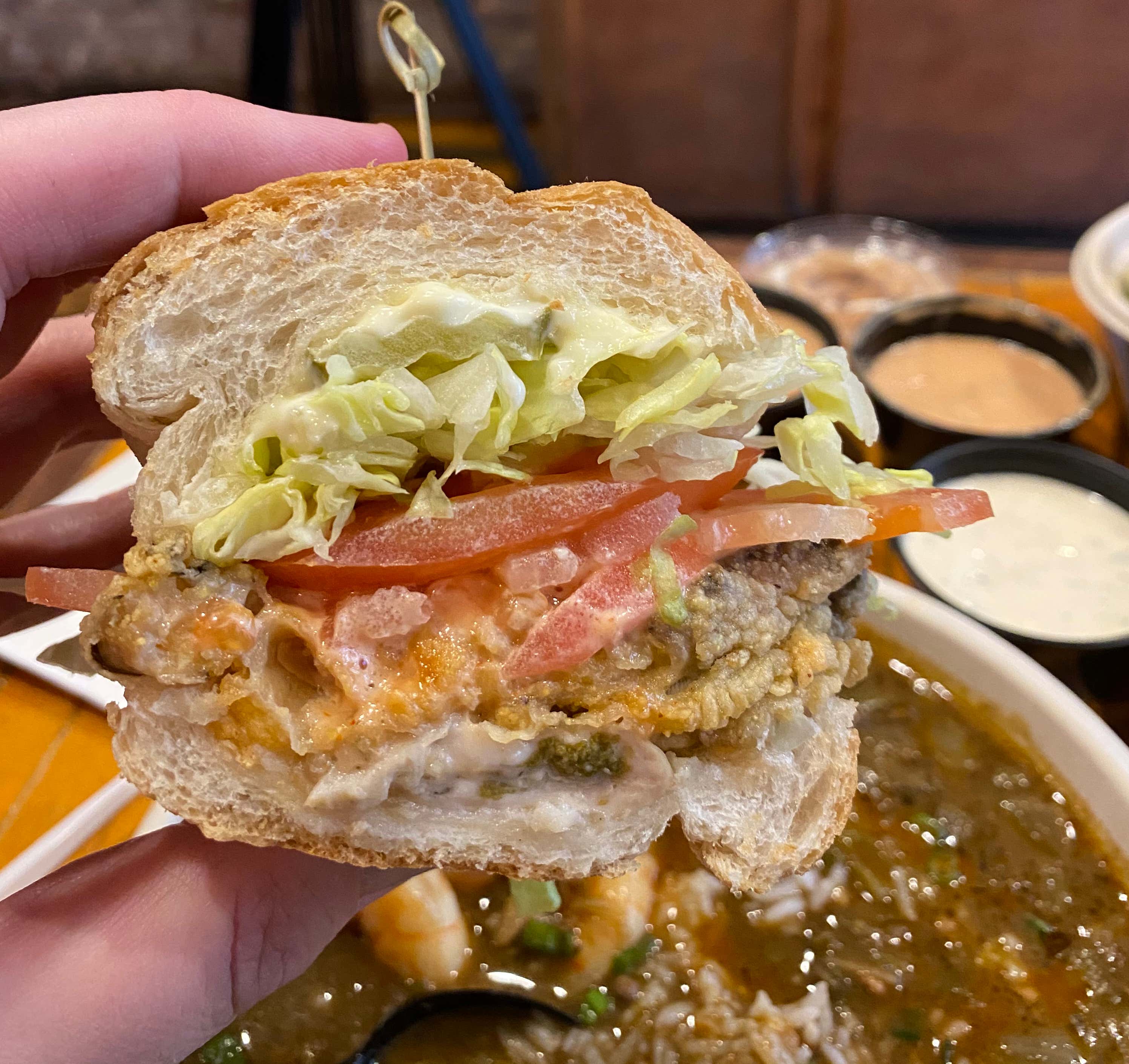 There are beignets and banana pudding on the menu for dessert, but since Mintzy and I overdid it during the meal the confections will have to wait until my return trip… A return trip that will undoubtedly include my newest food buddy and Brooklyn's newest adopted son… Ben Mintz. 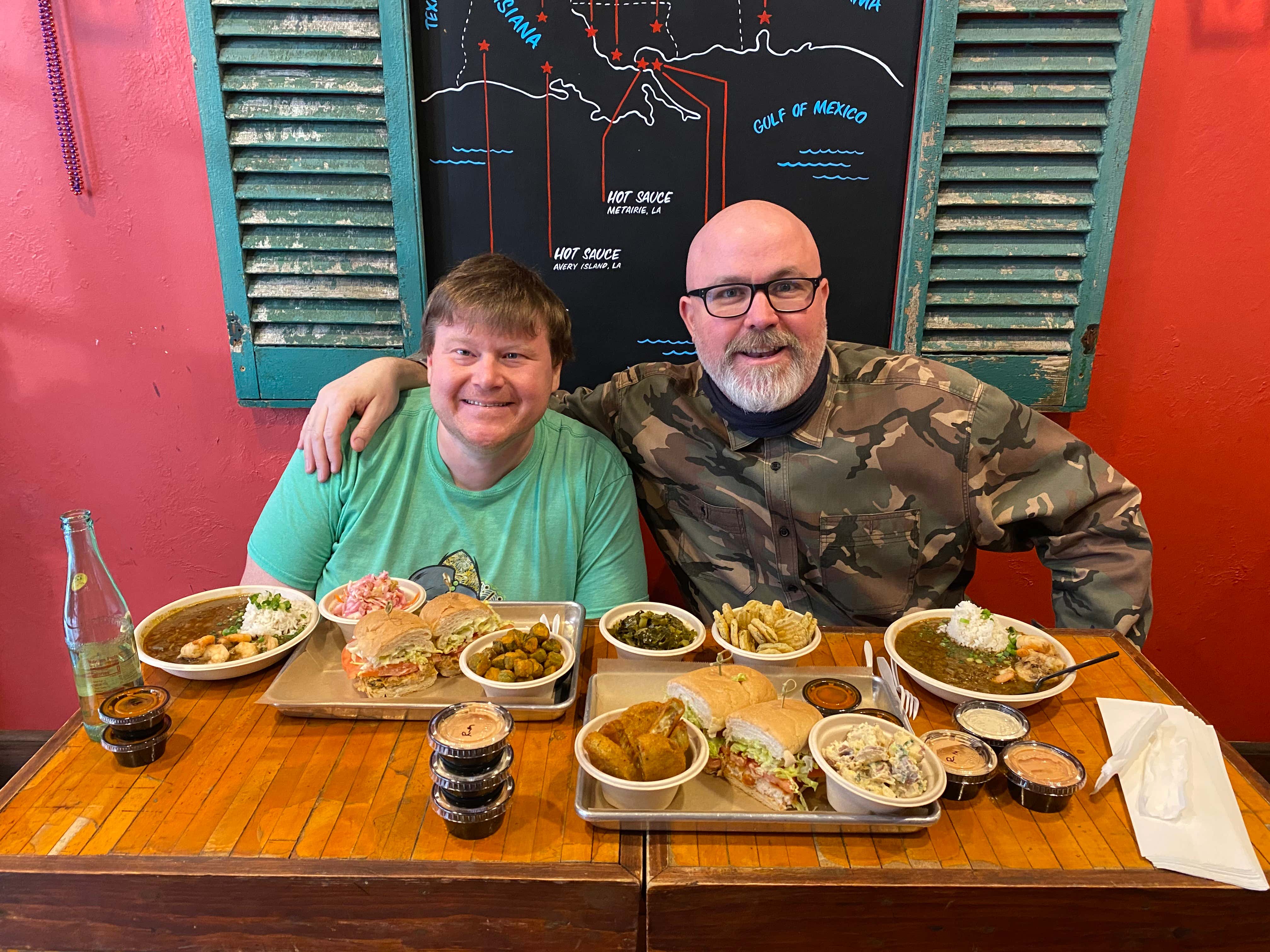 Grubhouse on Clubhouse- We are going to have our 3rd installment of Grubhouse with myself, Clem, and Coach Duggs on the CLUBHOUSE app today at 2 PM.

- Dugg’s flying middle seat on his flight from Florida. 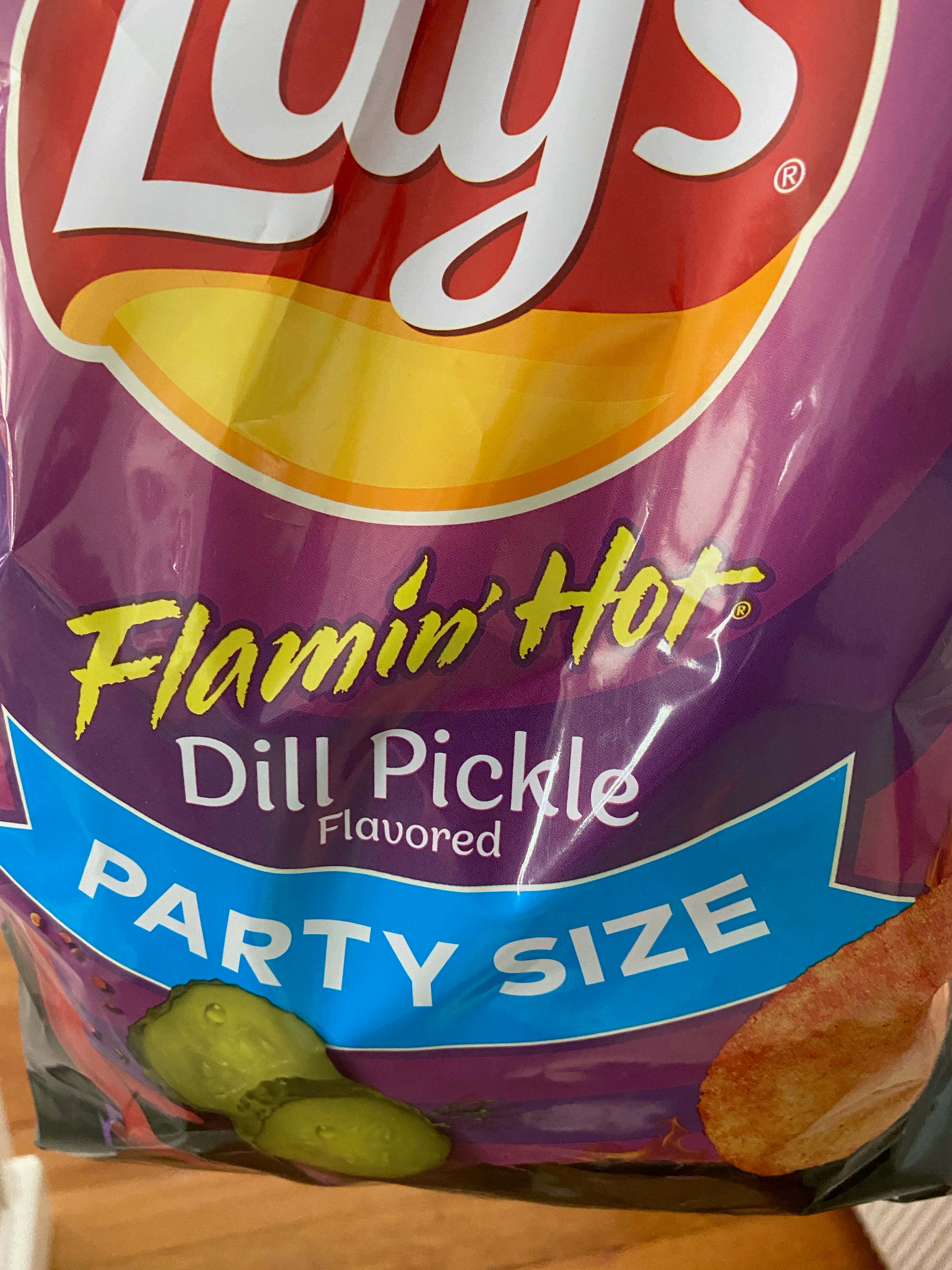 - And this week's inductee to Mount Fleshmore is Mr. John Candy because twenty-seven years ago this week, on March 4, 1994, the world got a whole lot less funny.