With restrictions being lifted coast to coast little by little, and life starting to return to somewhat normal, you can feel people beginning to slip into their old ways.

We saw it this week with that Bath & Body Works brawl for it all.

Politeness and consideration for fellow humans is starting to go back to zero, and people are returning to their selfish prick selves.

Which led me to think we, as a society, could use a basic refresher course. A list of reminders on how to be decent human beings. If any of these come as news to you then consider them "new rules". 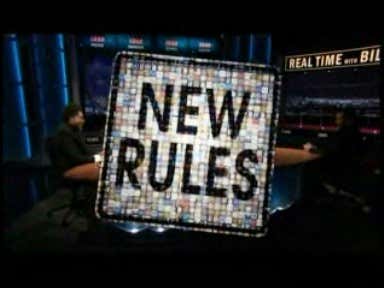 1- Don't stand up in the aisle when the plane lands.

This one is so basic it should be a law. People that stand up in the aisle when the plane lands, or rush from the back of the plane up to the front, are pieces of shit. Scum of the fucking earth. Plain and simple. If you are one of these people, stop being a piece of shit. Unless the plane is on fire, or your connecting flight leaves in 10 minutes, stay in your seat, or stand in front of your seat, and let the people ahead of you exit before you. If you wanna get off before others buy a seat in first-class or in the front of the plane next time.

2- The left lane is for passing, not cruising.

It's not for going the speed limit. It's not for hand holding. Get in it to pass others and move to the right. If you've ever been to Europe and been on a highway you've noticed highway driving is an art there. NOBODY is in the far left (or right) lane unless they're passing somebody (or its gridlock). It's gotten so fucking bad here that it feels like the far right lane has become the new passing lane.

3- Don't send your food back at restaurants unless it's inedible

If you order something, and it comes how it was described on the menu, or by your server, then eat it or don't eat it. But don't complain and send it back. Especially if you've eaten half of it before so. This will come as a shock to 90% of people but there are people who this is regular etiquette for. We're not talking steak temperatures and shit either. We're talking "I just didn't like it"… Scum city.

4- Let people off an elevator before you enter

Is there anything more infuriating than when you're on an elevator and trying to get off but the hayseeds who come to the city once a year bulldoze you over so they can ride the granary?

5- If you have kids, and they act like uncontrollable assholes in public, don't bring them in public

If you can't raise your kid with manners, don't subject the rest of us to your failures as a parent. Nobody enjoys screaming, crying, tantrum-throwing brats. No matter how cute their outfit is.

6- Please and Thank You are still words. Overuse them.

Somebody holds the door for you? "Thank you sir/ma'am".

How is everything? "Great, thank you"

Common courtesy is a dying trait. Help keep it alive.

6A - Hold the door for people.

This takes 10 extra seconds and shows you weren't raised by wolves.

7- When somebody stops and lets you merge or turn when you're driving be a decent human being and acknowledge them with a wave and a thank you. This isn't asking a lot.

8- Turn signals were invented for a reason. Use them you deadbeat.

I'm not sure if this is just one of the perks of living in the midwest or if people everywhere pretend their car doesn't have turn signals, but it's wild. Nobody uses them here. For changing lanes. For signaling turns. To pull over on the side of the road. Nothing. Just anarchy. Clean it up.

Susan can wait. She won’t die if she doesn’t hear right back from you.

Simple as that. Doesn't matter if you're out of bags. Figure something out. Look in the trash or use some leaves. Don't be a scumbag and leave it for somebody that's not a degenerate to pick it up for you.

10- Return your shopping cart when you're done with it to the proper spot.

Don't leave it in a parking spot, in between spots, or anywhere it can fuck up somebody's car, or make it a pain in the ass for the person whose job it is to round them all up.

This was a big deal on social last year and for good reason. Jack Mac documented it in a blog and noted that if you're the kind of person that doesn't take the extra ten seconds to do this, you are in fact an animal.

11- Throw your trash out when you're done with it at the movies. You're walking out right by the trash cans anyway.

Littering is for white trash, hood rats, and low lifes  in general. Keep the trash in your shitbox car until you get home or hold onto it an extra two blocks until you find a trash can.

13- If you're texting while crossing the street, or have your head buried in your phone period you deserve to get hit by a car.

13a- Put away your phone once in a while. Live in the real world.

14- No more just openly tearing ass whenever and wherever you want anymore.

This is a society. Take it away from innocent people before detonating. Like the end scene of Batman 3.

15- If you're on an escalator or moving walkway and standing still, stay to the right.

Another basic consideration for other people rule here. Don't be an inconsiderate prick and stand in the middle so people that need to move can't get by you.

16- Leave things better than you found them.

This goes for everything of public use. Grills, toilet seats, you get the point. Anything you use that somebody is gonna use after you leave it in as good or better shape than you found it.

17- Let the song play. Everyone at the party doesn’t need to be the DJ.

18- A certain kind of people leave negative Yelp reviews. Don’t be one of them.

Stop being delusional thinking you are a food critic because you watch Chopped. If you do leave a review, make it a positive one and keep it simple. You’re not George R. R. Martin. If you did have a bad experience, ask to speak to a manager while you’re there in person. I guarantee you if the place is worth a shit your issue will be handled and remedied without you taking to Yelp or Google to trash the place for

19- Look at people when you are talking to them or being talked to. It’s called respect.

20- Don’t be a dickhead to people for no reason. Just because your day sucks don’t ruin somebody else’s.

Or don’t go out, or use a certain service. Unless you’re royalty, it’s not somebody’s privilege to serve you. Time is money for everybody. Cheap people are the worst. Nobody likes cheap people. Nobody.

22- Show simple respect for everybody.

We all just had a shitshow of a year.. not just you.. everybody’s dealing with their own shit. Be patient and be kind.

Anything I missed add below.

See you all out there.