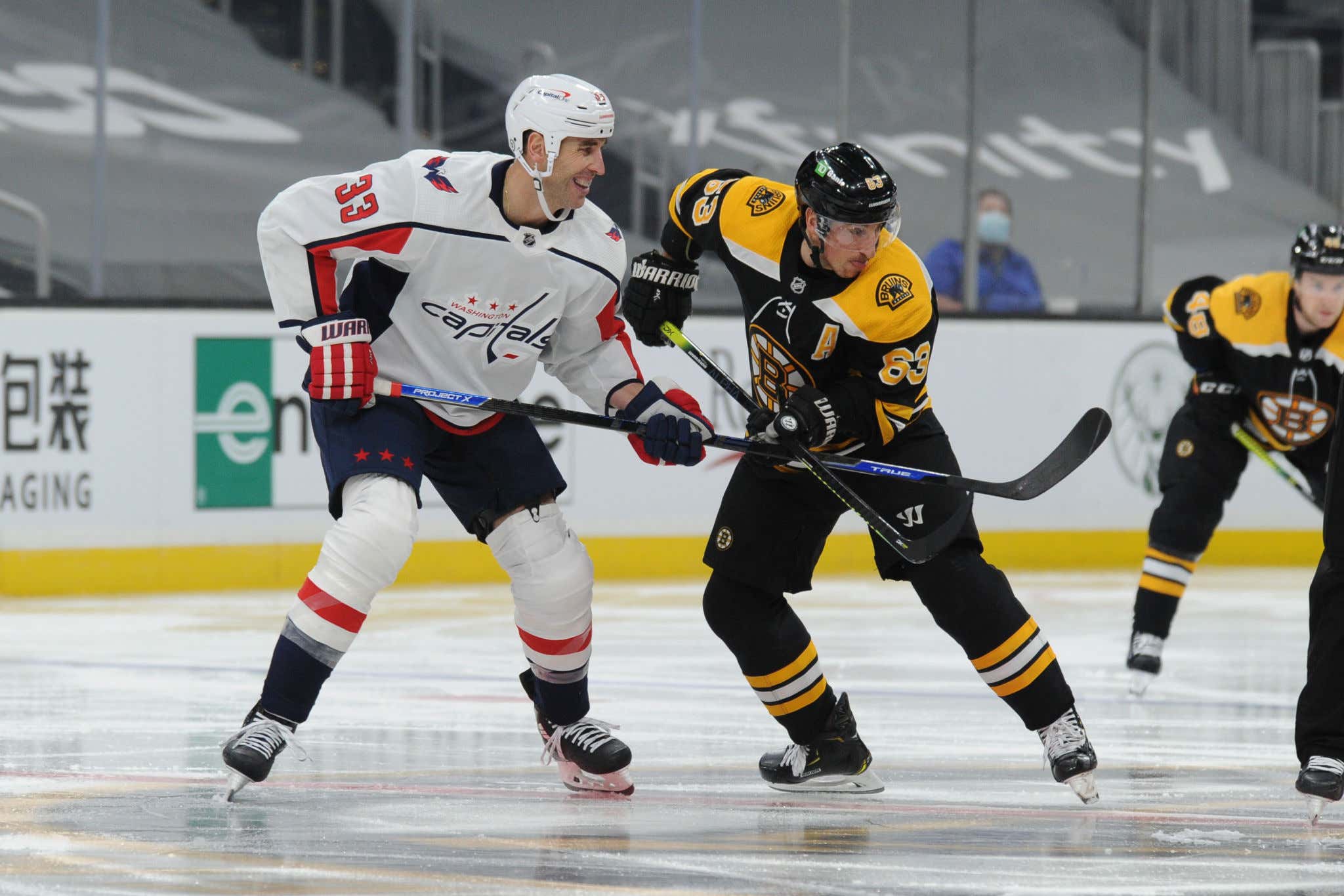 It felt like a playoff game, but ended in a shootout. Tuukka Rask was outstanding but the Bruins couldn't muster up much offense, falling 2-1 to the Washington Capitals in a SO in Zdeno Chara's return to Boston.

Zdeno Chara received his tribute video during a tv timeout in the first. You can tell he didn't want to get too emotional watching it and tried to look away haha.

TJ Oshie thought he opened the scoring, but the Bruins successfully challenged for offsides (idk how puck was way the fuck up in the air). But I guess the pic does look pretty conclusive. It always just shocks me when B's get calls go their way.

It took 15 minutes. FIFTEEN MINUTES for the Bruins to record their first shot of the game. Pastrnak had an opportunity early in the period but hit the post. Just ugly 1st period for the B's. It got pretty nasty towards the end, McAvoy and Ovechkin collided (unintentional but Ovi got called for interference), then it was a hit fest to end the period. McAvoy on Hathaway, Wilson on Kuraly, Tinordi and Wagner on Hathaway, Panik on Wagner (dumb penalty). Certainly felt like a playoff game.

Capitals lead the Bruins in SOG 11-9 after 2 periods.

David Pastrnak opened the scoring early in the 3rd. Great play by Brad Marchand to force the turnover and then fed 88 on the odd man rush. 1-0 Bruins.

With 13 minutes left in the 3rd Lars Eller recorded the equalizer, bad, bad turnover by Kuraly. 1-1.

Tuukka Rask with some MASSIVE saves in OT.

All 3 Bruins fail to score in the SO (lol). Jakub Vrana with the winner. Capitals win 2-1.

- Charlie Coyle did not play today due to COVID 19 protocols. Thus, Anders Bjork slid into the lineup on the 4th line, Jack Studnicka centered the 3rd line. Cassidy after the game said they learned of Coyle's status midday today. No word on if he'll be out Friday.

- Matt Grzelcyk and David Krejci made their respective returns tonight as well. Thought Grzelcyk had his legs going. He was back manning the top PP as well.

- Sloppy, no good 1st period for the B's. Just all over the place really, they're lucky they had a goal called back. Took 15 minutes to record their first SOG. Just unacceptable. I'm sure Cassidy reamed into them in the first intermission.

- Great play by Brad Marchand to set up David Pastrnak's 3rd period goal, forced the turnover and set up the opening score. By far the best player on the ice tonight.

- Outside of Pastrnak's goal, the Bruins couldn't muster up any other offense. They didn't even record more than 19 SOG in 65 minutes of play. Obviously the loss of Coyle sucks and thew a wrench in things, but man these scoring woes are tough. B's just gotta grind it out, they're gonna break through soon and the floodgates will open (hopefully).

- Trent Frederic literally wants to fight anyone. Any one. Anywhere. Any time. Doesn't care if you're Alexander Ovechkin. He just wants to fight someone at all times. Ovechkin got him with a spear at the end of the game. Looked real painful. I'm sure Ovi will be getting a fine.

- Speaking of turnovers, brutal turnover from Sean Kuraly in his own zone that lead to the Lars Eller goal. That's the sloppy I was referring to in my pregame blog. Just brutal. Kuraly either isn't 100% or something isn't clicking this year. He's usually rock solid. Zach Senyshyn has been added to the taxi squad, maybe he gets a look instead of Kuraly (or DeBrusk) on Friday night.

- Jarred Tinordi made his B's debut. Played the least out of all defensemen, just 16:41 of ice time. Thought he was okay, looked like he still had some cobwebs but kept it simple.

- Despite the loss, I think Brandon Carlo stood out defensively. Obviously McAvoy is the lead dog, but Carlo is right up there with him.

- Tuukka Rask was outstanding tonight, made 27 of 28 saves. Not his fault Bruins couldn't put the puck in the back of the net. Truly deserved better tonight.

B's will look for revenge on Friday night.. Caps and Bruins will be back at it at TD Garden, puck drops at 7pm. I'm so tired of losing.