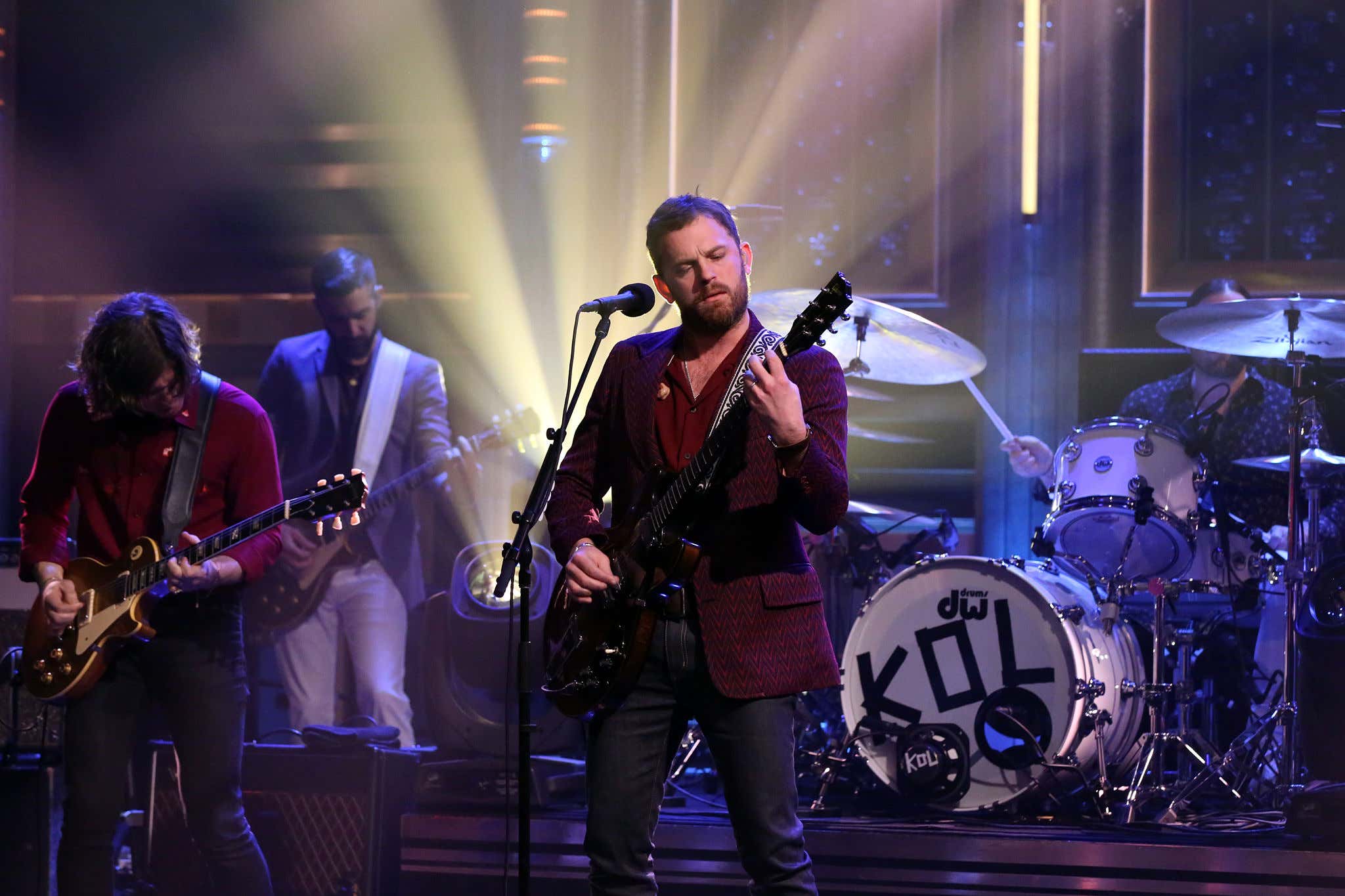 Rolling Stone - On Friday, Kings of Leon will release their new album, titled When You See Yourself, in the form of a non-fungible token (NFT) — becoming the first band to ever do so.

The band is actually dropping three types of tokens as part of a series called “NFT Yourself,” people involved in the project tells Rolling Stone. One type is a special album package, while a second type offers live show perks like front-row seats for life, and a third type is just for exclusive audiovisual art. All three types of tokens offer art designed by the band’s longtime creative partner Night After Night; the smart contracts and intelligence within the tokens were developed by YellowHeart, a company that wants to use blockchain technology to bring value back to music and better direct-to-fan relationships.

Kings of Leon’s album will be released everywhere albums are released — Spotify, iTunes, Apple Music, Amazon — but the NFT version available on YellowHeart will be the only product with special perks. The token, priced at $50, includes enhanced media — kind of like an alternate, moving album cover — as well as a digital download of the music, and limited-edition vinyl. The sale of the album NFTs opens on Friday at 12 p.m. E.T. and continues for two weeks. After that time, no more will be made, and the NFT becomes a tradable collectible.

YellowHeart is minting 18 unique-looking “golden tickets” as part of the Kings of Leon NFT release. Out of the 18, the band will auction six and vault the other 12 like a painter would do with a rare piece from a series of art. “Each one of those is a unique NFT with the most incredible Kings of Leon art you’ve ever seen,” explains Katz.

This is the future, my friends. You're looking at it. Tokenized art, music, sports cards, beats, shoes, you name it, it'll be an NFT. This makes sense though. Where does value come from? Rarity, and people wanting things. So if the entire world is moving to digital (it is), than it makes sense for bands to release albums as NFTs. What does that mean? Well, you can still get the album on Spotify, iTunes, etc. But you can also buy the NFT of the album directly from the band, which include perks that you cannot get from purchasing the album other ways. And then after 2 weeks, you cannot buy an NFT anymore, thus making it rare. It's sort of like how vinyls from the 1980s are rare because they only made 1 batch of them, once the set amount of records were pressed, that number entered the world and unless a re-press has been done, some are extremely hard to come by. This is a similar concept.

We are still in the top of the first inning with 0 outs when it comes to NFTs. I don't completely understand them and I probably have a better understanding than most people, just because I've read a ton about them. Think your parents know what they are? Absolutely not. But with all new tech, these things take time. Will this be common-place in 1 year, 5 years, 10 years? I don't have the timetable. Shit, 20 years ago I was 12 and a lot of schoolmates didn't have the internet. We wouldn't even think of that now, but only 20 years ago the internet was brand new. Social media wasn't even a thing. So what does the future hold for NFTs? Time will tell. But I do think if you get in now, you will be profitable, almost guaranteed.

PS: I think my vinyl analogy was pretty good.

PS: KOL is great. Hope to see them in concert one day.