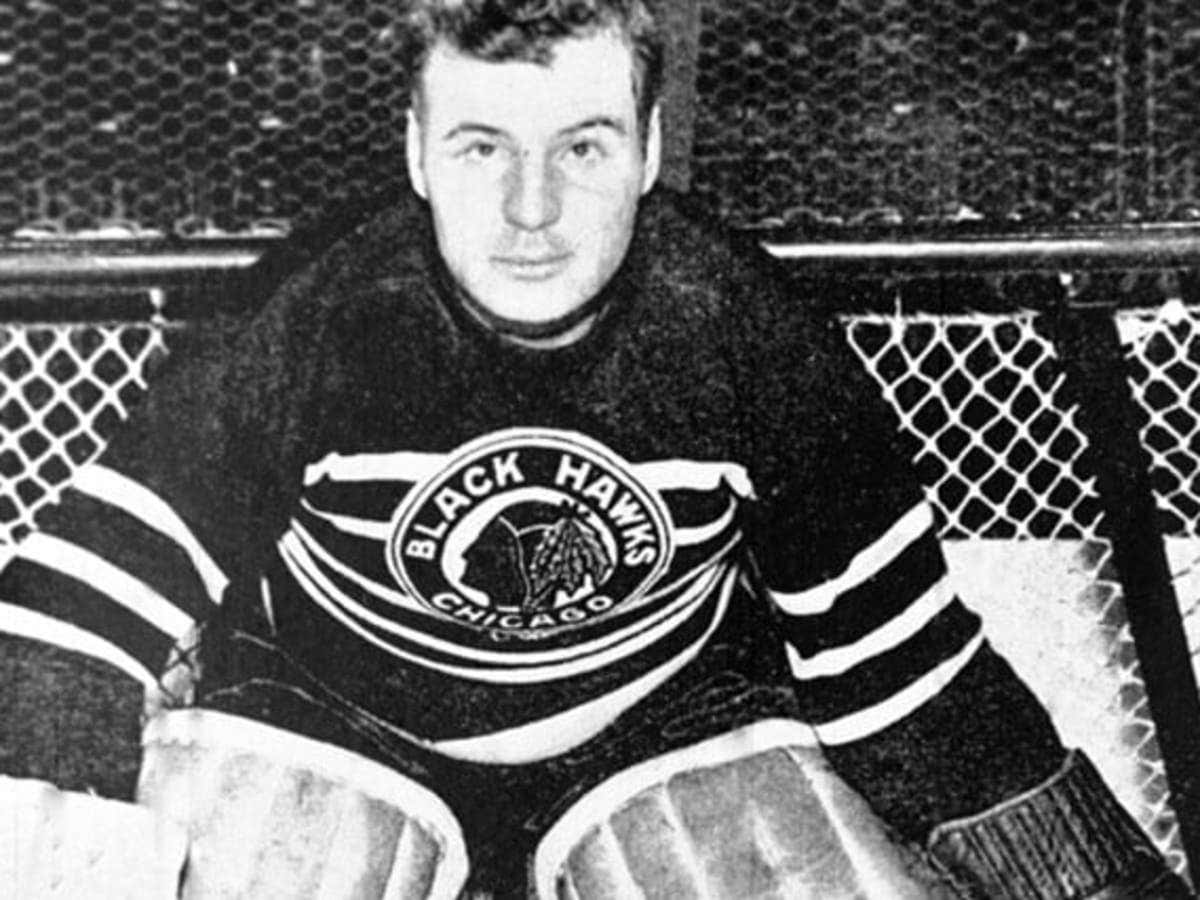 It was a bad day at the office for goalie Sam LoPresti of the Chicago Black Hawks. Lo Presti was peppered with 83 shots and did his best to keep his team in the game, stopping 80 shots. The Boston Bruins win the game 3-2, but LoPresit's superhuman effort was the story of the game. The 83 shots are a record for a regulation NHL game. Chicago managed 20 shots on Frank Brimsek, dropping to 16-22-6 on the season.

Sam LoPresti was born on January 30, 1917, in Elcor, Minnesota. A multisport athlete, LoPresti did not learn how to skate until he was in high school. In his final year at high school, Sam LoPresti became the team's starting goaltender. After playing hockey in junior college, Sam LoPresti signed with St. Paul Saints of the American Hockey Association. After three solid seasons with the Saints, LoPresti was signed by the Chicago Black Hawks.

Sam LoPresti began the 1940/41 season in Kansas City. When goalie Paul Goodman retired, LoPresti made his NHL debut on January 5th. Sam LoPresti was unbeaten in his first four starts but playing on a mediocre Black Hawks team. LoPresti finished his rookie season at 9-15-3. Sam LoPresti posted a record of 21-23-3 in his second season. It would be his final NHL season as he enlisted in the Navy for World War II.

Sam LoPresti's World War II service was harrowing as his ship was sunk by a German U-Boat crossing the Atlantic. The Navy had thought LoPresti was killed in action. However, he was among 29 men who found refuge in a lifeboat. LoPresti and the rest of the survivors, on February 8, 1943, spent a month drifting on the sea before being rescued off the coast of Brazil, nearly 2,000 miles from the sinking location. Sam LoPresti was credited with killing a dolphin which would be the only food the men had on their month-long journey.

After the war, Sam LoPresti returned to hockey but never played again in the NHL, spending the remainder of his career in the minors. His son Pete LoPresti later played with the Minnesota North Stars, becoming the first father-son goaltenders in NHL history in 1974.