I noticed the other day that the icon on my Amazon iPhone app has changed.

I am not sure what it was before, but the icon turned into a cardboard box that had a sliver of blue packaging tape that had a zig-zag cut at the end (as packaging tape tends to do) at the top of the box and the Amazon arrow stretched across the box beneath the tape.

The Amazon arrow is the arrow you see on Amazon's logo that starts at the "A" in the name and ends at the "Z", representing how Amazon has everything you need from A to Z.

On its own, the arrow resembles a smile that ends at a cute little dimple on the right-hand side.

When I saw this changed icon, I thought to myself, "That little tweak probably cost millions of dollars in marketing research dollars." and went about my business.

Then yesterday, unbeknownst to me (and barely visible to the naked eye), the new app icon changed once again. 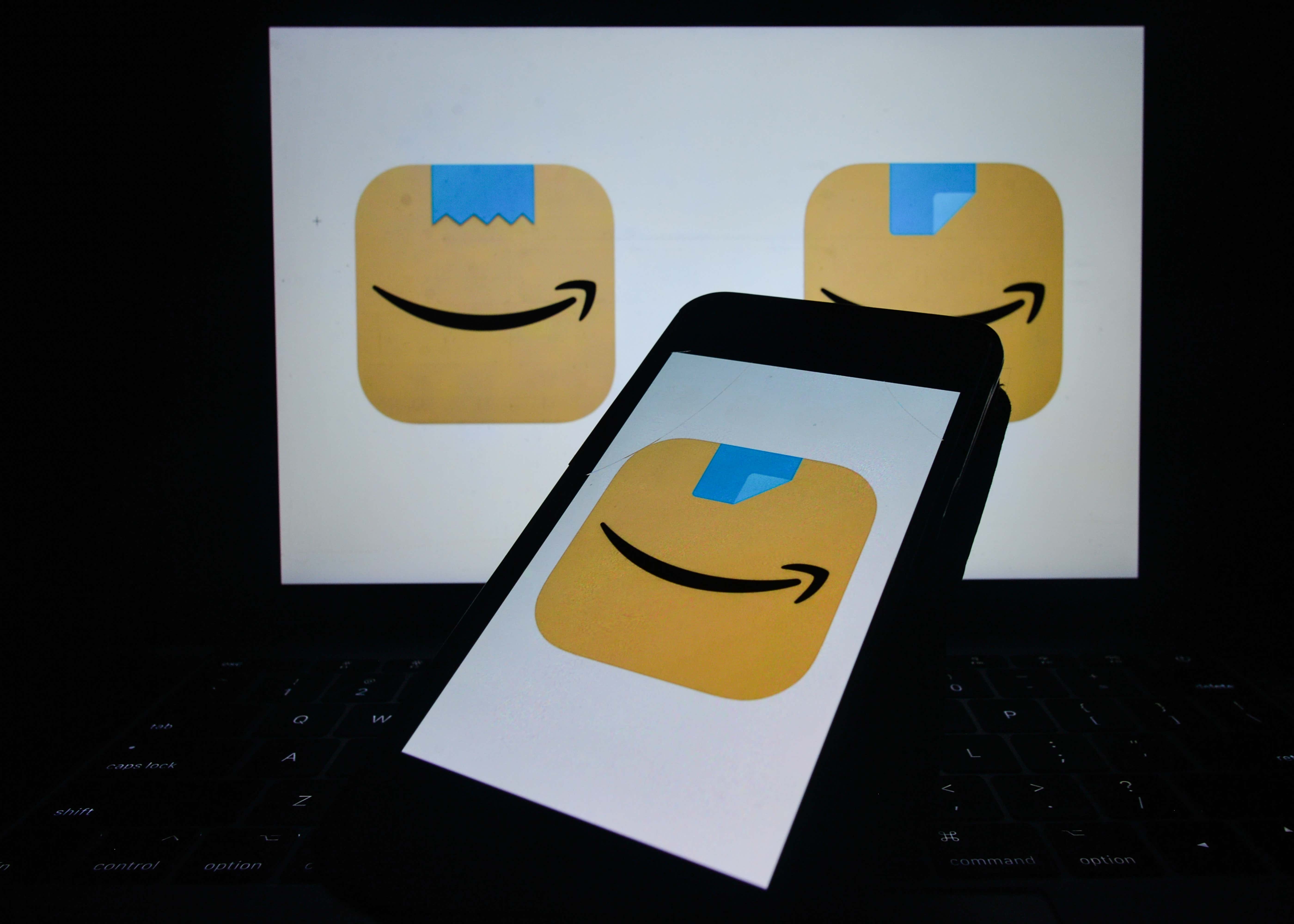 Apparently, after all those millions of dollars, the marketing team at Amazon failed to predict there is an off-chance that to VERY FEW PEOPLE the newer icon KINDA resembled Hitler's face from the nose down IF Hitler had a blue mustache with a zig-zag trim above the top lip of his adorable dimply smile AND a cardboard-skin-colored square jaw.

I scoured the internet for any similarities, but even The Simpsons never took so much silly artistic license with der Fuhrer…

And yet that faint resemblance of the postage-stamp-sized box-with-a-smile was enough to make the richest man in the world (or the second richest, depending on the day) have his people tweak that icon once again… The new log being the EXACT same EXCEPT the blue packaging tape switched out its problematic zig-zag trim for a smoother cut with a playful little turned-up corner.

To be honest, the newest logo looks eerily like a blue-haired and cardboard-faced Hitler accidentally trimmed the left side bottom corner of his iconic mustache just a little too close… Which you know would INFURIATE that mass-murdering diva.

I would comment more on the matter, but you gotta stay nimble nowadays, so I am now researching just how racist a cartoon mouse and cat were 60-70 years ago…