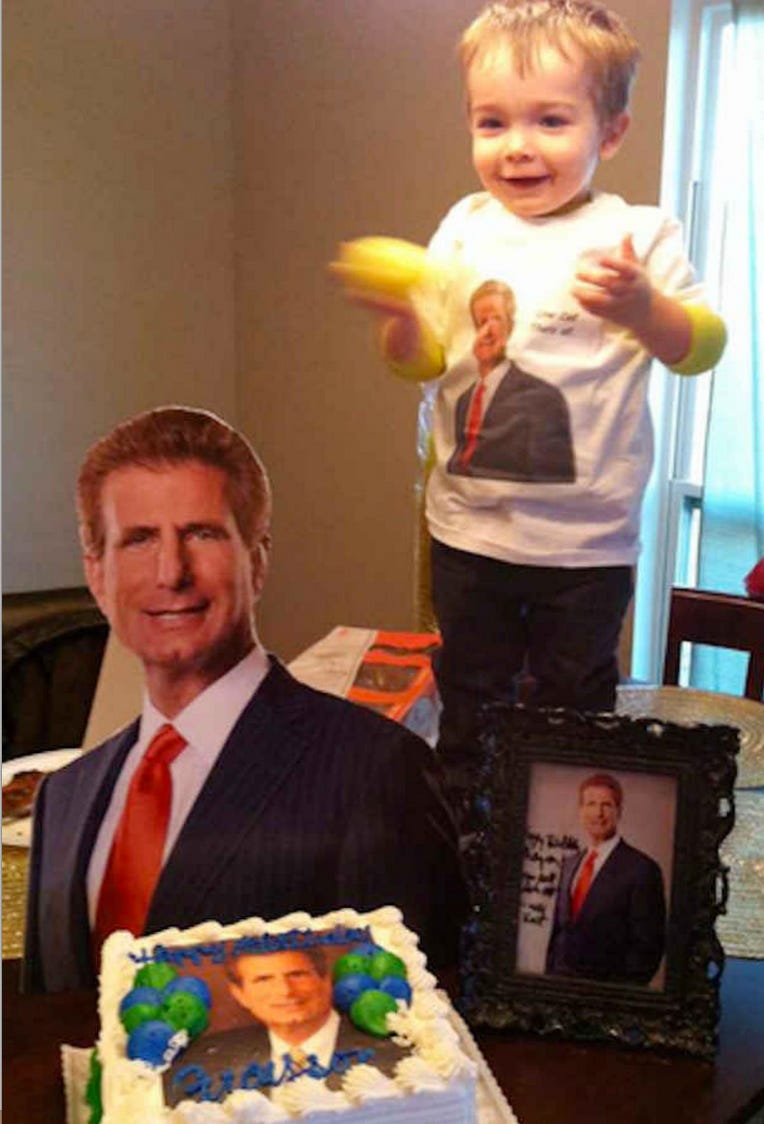 WSJ – To celebrate her son’s first birthday, L’erin Dobra threw him a Mickey Mouse party. Planning out Grayson’s second birthday party, Ms. Dobra chose a different theme, one that reflected her little boy’s most passionate interest: New Orleans personal injury lawyer Morris Bart. Mr. Bart is a familiar face in Louisiana thanks to his ubiquitous TV ads and a firm motto that would make Saul Goodman proud: “One Call, That’s All!” Maybe it has to do with the flashing lights and music featured in the spots, but Grayson can’t stop watching his ads, said Ms. Dobra, a nurse from Prairieville, La. “He’s always been very drawn to Morris Bart commercials,” she told Law Blog. “He used to watch ABC and color videos, and he used to love those. But now he wants to watch Morris Bart commercials.” When they’re not on TV, he watches them on YouTube.’

I’m posting this for 2 reasons.

1) It was a part of Daily Mail yesterday which we fucked up on the upload so people didnt get to listen. So everything is fixed and you can hear it now and I need to keep my downloads up to get advertisers so press play to make up for yesterdays screw up motherfuckers!

2) I started to see this little motherfucker go viral afterwards yesterday. Kid is obsessed with his local injury attorney. Had a fucking injury attorney themed birthday party. Now yesterday I declared him the biggest loser on the planet earth. At just the age of 2, he already is the biggest loser alive. But after sitting on it for a little while I realize this is totally on parents. What kind of parents allow this? You wanna have a good laugh that your kid gets a kick out of Jacoby & Meyers, thats fine. But to throw him a fucking birthday party with that theme? Thats just setting this kid up for a lifetime of ridicule and failure as a weirdo. He’s fucking TWO. Just give him a normal birthday party with some Disney characters or some cartoon movie and tell him “Here, this is not what you like. Not the sheister Jew lawyer you see on TV. You weirdo.” At least give the kid a chance to live a normal life before getting bullied to the end of time.