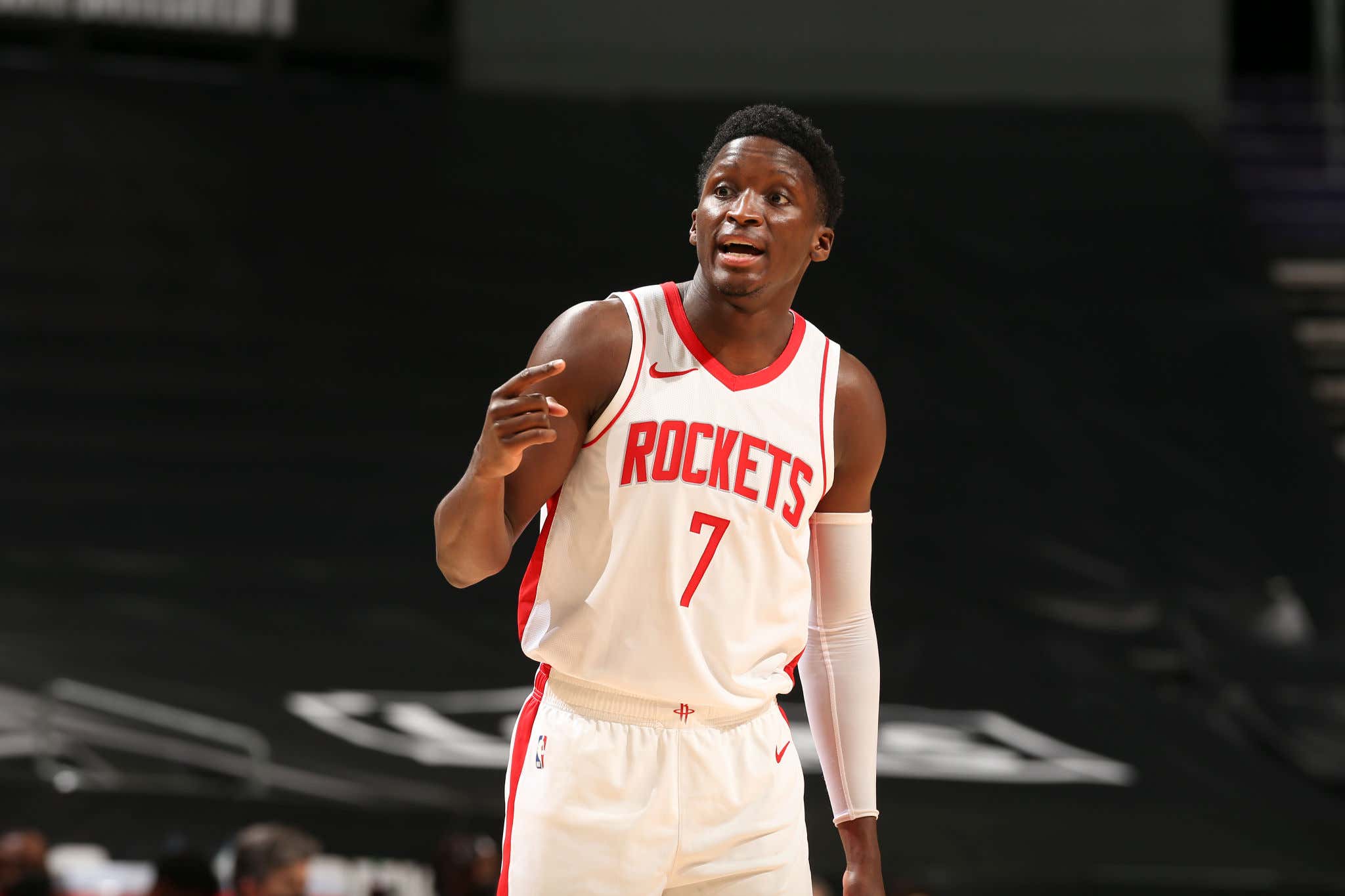 There are a couple ways you can look at this situation right now going down in Houston and Victor Oladipo. He was basically the prized return in the James Harden trade from a player perspective, and in 13 games as a Rocket Oladipo is putting up 18.9/4.9/4.8 on 39/29% splits. Not exactly what I'm sure they are hoping for. Even so, when you trade your franchise player you probably want to keep the best player you got back in return right?

So here's where things get tricky. That second tweet by Woj is a big one. Of course the Rockets would try and get him to extend now at fewer years and big money, but we've known for a while that Oladipo wanted two things. First, to get out of Indiana (turned down their long term extension), and that he wants to cash in this offseason in terms of both years and money. With Giannis off the market and slim to no chance that Kawhi opts out, he's going to be one of the bigger names on the market. You could have the opinion that Oladipo will stay long term in Houston the second they are able to offer that longer term extension right?

Well it's not that simple

The Oladipo/Miami connection is not new. They've been around forever. Pat Riley pretty much made it known that they were going to be after Oladipo this summer

Obviously, the Giannis dream is dead, but the Oladipo dream is still alive. I also wouldn't rule out teams like the Knicks (who are sneaky respectable now) or even teams like the Mavs or Raptorsthat should have money to spend as well. I also wonder if the Spurs might be interested especially if DeRozan moves on in free agency since he's UFA. The point is, the Rockets are in a tough spot. If they don't feel like Oladipo will stay, they have to trade him in the next 4 weeks. You can't let your biggest return from the James Harden trade leave for nothing. The worst part is he could go to these teams without them needed to do a sign and trade. It's not like the Hornets last year with Hayward, how they didn't have the cap space to sign him outright. All those teams have the money.

That presents another issue. Who is going to trade for Oladipo and give up real pieces if he's going to dip at the end of the year? The Rockets aren't exactly operating withn a ton of leverage in this situation. One could argue they are kinda stuck. It also doesn't help that they can't win a goddamn game right now. They've lost 11 straight since Christain Wood went out. Oladipo has been in and out of the lineup as well, but it's clear the Rockets are rebuilding. If he doesn't have to, is it crazy to think Oladipo would look elsewhere? Especially when teams that are in much better spots might be interested?

Unless Oladipo's camp told the Rockets that the only reason they were turning down that extension was because they want more years from the Rockets which can't happen until the offseason, there's no issue. There's no need to panic. But by not moving him before the deadline, they are taking a risk. Their rebuild certainly takes a hit if he leaves for nothing. Then you have to worry about guys like John Wall, who doesn't exactly seemed thrilled at the moment.

It's a tough spot to be in as a rebuilding franchise, and it could be a pretty big domino to fall in the next few weeks if they decide to not take on the risk and get absolutely anything for a player they feel will leave at the end of the year. His $21M salary is a little tricky, but it's not unmovable. The hard part is finding a team out there that will be willing to take the risk and trade for a player without a guarantee he stays.

If you ran the Rockets, what are you doing?