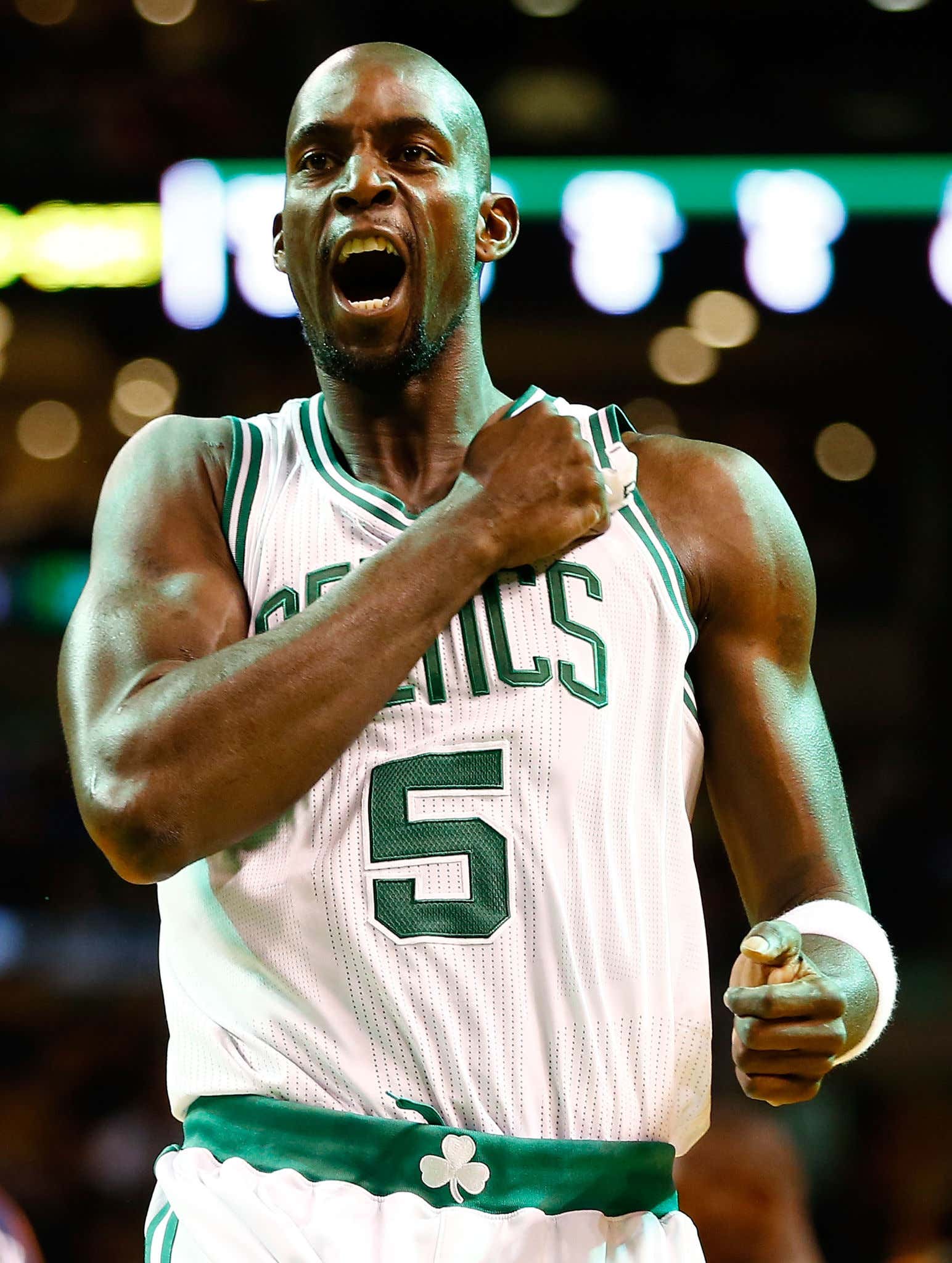 A fan on Reddit relayed a story from Brian Scalabrine on the Zach Lowe podcast that a) I haven't heard before, and b ) will be surprising to approximately nobody. At least nobody who knows really anything at all about Kevin Garnett (and, for that matter, Paul Pierce. And Glen Davis).

Would it shock you to hear it's about KG being impossibly intense about a relatively normal friendly competition?

It's the 08/09 Celtics season. Scalabrine explained that this was the wildest team he ever played on. Keep in mind, this is with Tony Allen, Starbury, Perkins, , and KG. Some notorious Alphas. They bet money on everything: Shots in the game, free throws, poker, dice, cards, you name it. Guys would bring boxing gloves to the locker room and beat the shit out of each other. The whole team was like a 24 hour casino. Anyway, for whatever reason, they all get into arm wrestling each other and betting on who's going to win. This goes on for a while. Glen "Big Baby" Davis becomes the top guy who's crushing everybody. Even Leon Powe can't beat him. At one point Big Baby even messes up Eddie House's shoulder but the team's so crazy, nobody cares.

I know as soon as you saw "Big Baby Davis becomes the top guy" you know what was about to happen, even if you hadn't read the headline or really any other words of this other than "08/09 Celtics."

So one night on the flight back from a Toronto game, KG decides he's gonna challenge Big Baby. KG gets up and he's like "come on Funk, let's DO THIS." Keep in mind, this is over 10 years ago when media members and families with season tickets were riding on the plane back with the whole team, so the entire plane is watching KG get up and talk shit to Big Baby. Now, everybody on the team is getting in on the action trying to get money on Big Baby. Paul Pierce jumps up and says "I'll do $2K on Big Ticket for anybody who wants in!" Everybody is taking Paul up on it, even Doc Rivers is getting in on the action. Before long, Paul has $20,000 on the line for KG to win.

So KG had realized earlier that Big Baby would "cheat" by holding the table during matches, so KG is like "you gotta keep your arm up in the air Funk!" Now they both have their arms locked and it's on, but KG is like rope-a-doping Big Baby by saying "I ain't moving! I ain't moving motherfucker!"

Then compare it to what happened and see how many parts you got exactly 100% right, because it should be the whole note:

So eventually, Big Baby starts sweating and KG is all "YEAH I GOT YOU NOW YOU BIG ASS MOTHER FUCKER!!!" He eventually wears Baby out and finally KG lets out a primal scream and downs Big Baby.

Everybody on the plane goes crazy. Garnett rips his shirt off and screams "ALL YA'LL MOTHERFUCKERS BETTER TAKE NOTICE! I'M THE SILVER BACK GORILLA IN THIS MOTHERFUCKER AND DON'T NONE OF YA'LL EVER FORGET IT!!!!!! AAAAAAHHHHHH!!!!" Paul Pierce is counting all his money up in the air. The Pilot comes over the intercom and says "Congratulations Kevin Garnett!!!" There are 7 year old kids on the plane with their season ticket holding parents witnessing all of this. It's madness.