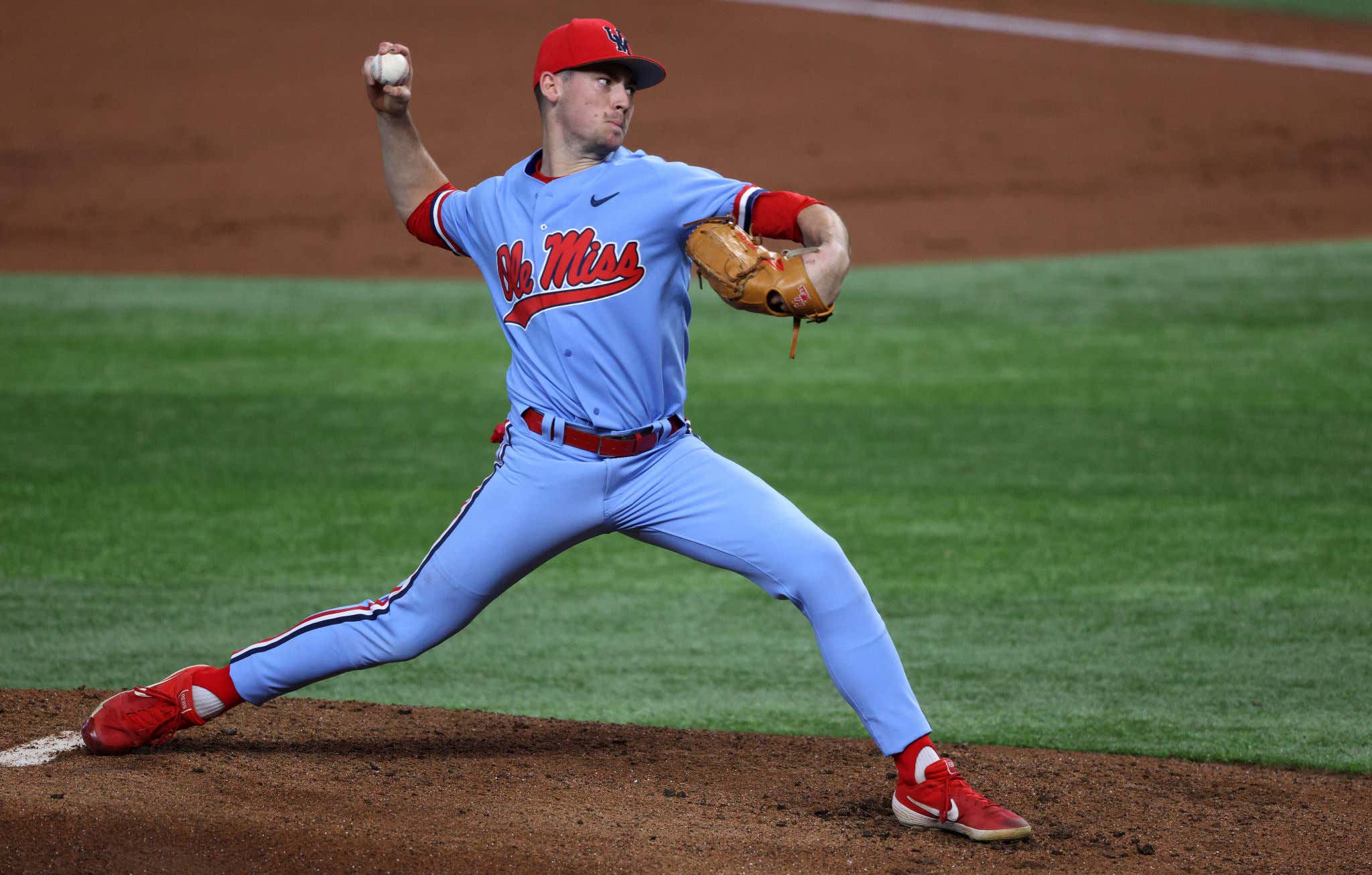 We're all the way back rocking and rolling on the baseball diamond. Big League Spring Training is back in full swing, but more importantly, we're through two weeks of college games and things are happening in warp speed. We have a third team atop the polls in three weeks and we've got upsets, walk-offs and hyped-up pitchers all over the place.

Here are the top stories from the second week of the season.

Arkansas New No. 1 After Ole Miss Drops Series to UCF

Ole Miss only lasted a week at No. 1 in the polls after an impressive performance against Texas, Texas Tech and TCU on opening weekend after the Rebels dropped two out of three to UCF this week. Taking over the top spot is 7-0 Arkansas, making its first ever appearance at No. 1 in the D1Baseball Top 25. We'll see if the Razorbacks can be the first team to stay at the top for more than a week next Monday.

But with Vanderbilt, Mississippi State and Ole Miss directly behind the Hogs, the SEC now occupies the top four spots in the poll, with four other teams in the Top 25. The gold standard for college baseball is doing just fine in 2021.

I don't exactly know why the ACC starts playing conference series in February, but I love it. And it was a bad week to be the higher-ranked team in the ACC this weekend, as No. 13 NC State, No. 16 Wake Forest and No. 24 Florida State all lost their first conference series of the year.

Of the opponents, Georgia Tech was the most impressive, sweeping the Wolfpack on the road to vault the Yellow Jackets to No. 12 in this week's poll. Tech looked like a team that could be hosting a Super Regional in June if it keeps playing like it did this weekend.

After launching nearly 1,300 feet worth of homers in one midweek game last week, South Carolina's Wes Clarke added two more against Clemson over the weekend — both in the same game — and now has eight in the six-game season. It's obviously early, but I don't think there's a reasonable case for anyone else as the best power hitter in college baseball this season. Only time will tell how many dingers this kid will end up with in 2021, but he could carry the Gamecocks pretty damn far.

I'm tripling up on this week's Play of the Week, because LSU freshman Tre' Morgan had one of the best defensive innings you'll ever see. Just your casual 5-3, F3 and 1-3 inning, except with a ridiculous scoop, backwards over-the-shoulder catch while falling down and reaching back across the bag into foul territory to make the last out. Not a bad impression to make in your first few collegiate games.

Uniform of the Week: Tulane

For the second consecutive week, we're going with a cream look for the UOTW. But this one is exceptional. The pelicans on the bat is a great play and the green looks fantastic on the cream jersey. Also while we're here talking about Tulane, they had a pitcher mow down Mississippi State so badly this weekend that the Bulldogs thought he must be cheating.

This is why college baseball is the best. You can watch as many MLB games as you want, but you'll never get a student section reading the right fielder's Instagram love letters to his girlfriend. And I guess it worked, because Joe Simone went 0-4 in this game. Also, here's the Instagram post I assume was being referenced.

So that's it for another week of college baseball. We'll have midweek games starting tomorrow and hopefully another great weekend slate.