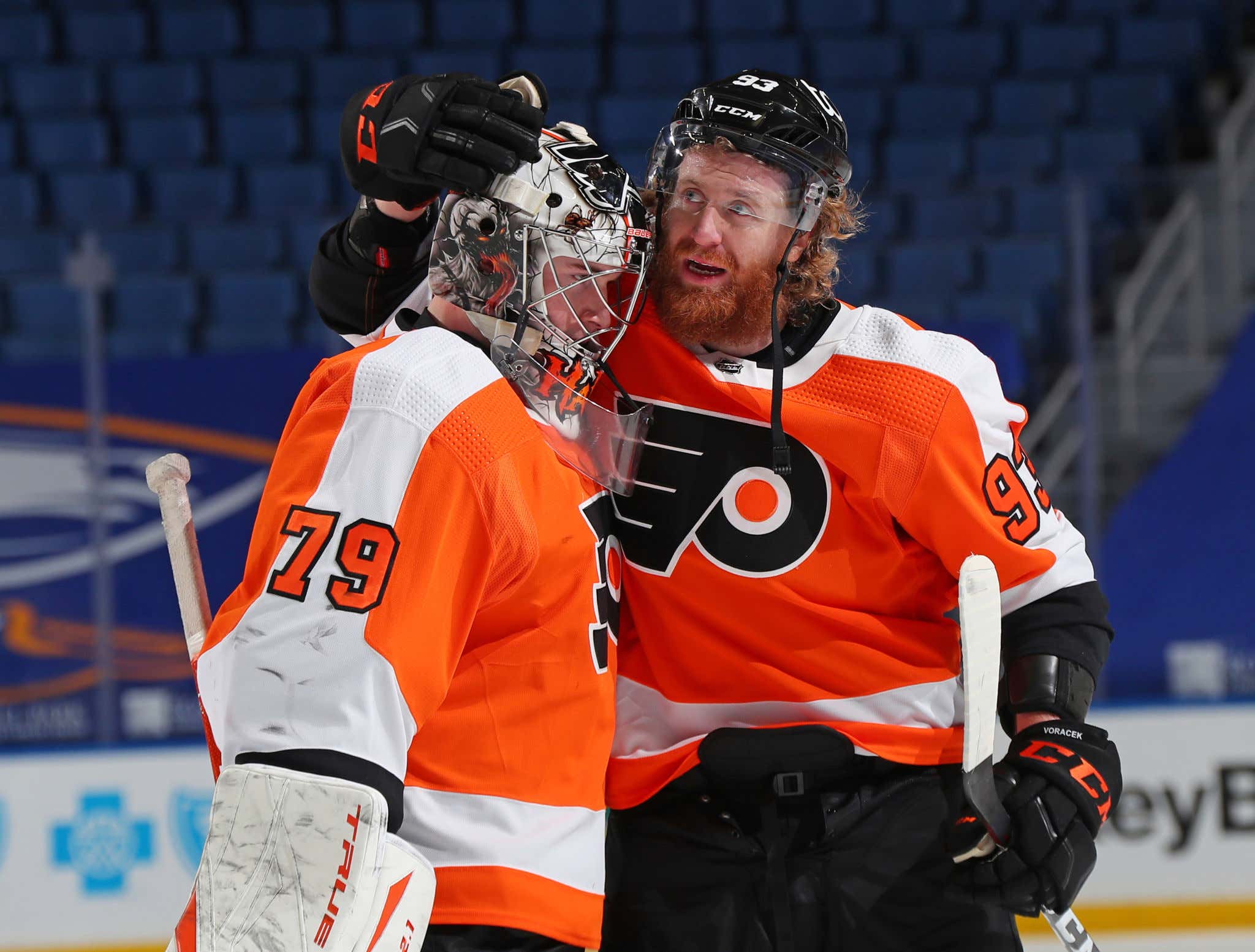 Things are going…well…things are pretty much going up in flames in Buffalo. I mean this team has made so many moves over the year to get themselves out of the basement of the league, and nothing seems to be working. Multiple GMs. Multiple head coaches. Signing Jeff Skinner to an 8-year, $9M AAV contract. Signing Taylor Hall for this season. Trading for Eric Staal for this year. You'd figure that something would have to work at some point, but they're just as bad today as they've ever been before. You don't have to take my word for it, just take Rasmus Dahlin's instead.

Now maybe I'm a softy. Maybe my heart is too big and I'm a little too compassionate. But I genuinely feel bad for the Sabres because at least they're trying. They deserve to be rewarded for their efforts, and unfortunately they're just not seeing the results in the win column. So at this point, I feel it is only fair that the team receives rings when the Flyers inevitably go on to win the Stanley Cup this year because this past weekend's series in Buffalo was exactly what this team needed to turn things around.

Back to back 3-0 shutouts on Saturday and Sunday. Three straight 3-0 shutouts against Buffalo after getting smoked by the Sabres in their first meeting of the season. And most importantly, Carter Hart gets to turn the page after getting shelled to death by David Pastrnak in the outdoor game.

We've talked about this before but Carter Hart has clearly had a few struggles so far this season. He's still such a young goaltender that you can't expect him to come in every single night and be a brick wall. Even Carey Price has been having a dog shit season this year, so there's no reason to even come close to panicking about Carter. But a confidence building shutout like the one he had yesterday will flip that reset button in his brain to completely forget about Pasta ringing multiple lasers past his ear hole last weekend. Goalies are a streakiest of breeds so just when you think Carter Hart might have a bit of a problem this season, a clean slate against Buffalo can turn the whole damn thing around and he can get hot quick.

Oh and speaking of getting hot--let's talk a little MVP discussion right now, shall we? Because there may be some more talented players around the league but as far as value goes, Sean Couturier and James van Riemsdyk have to be right up there.

The Flyers are now 6-1-1 when Sean Couturier is in the lineup this season. Not exactly sure how well you guys understand math but 13 out of a possible 16 points when Coots is in the lineup is pretty damn good. Goals in both games this weekend, and having Couturier out there just opens up the game for so many other guys on this roster. I said it when Coots first went down with his injury but for as deep as this roster is, all that depth falls apart when you take Couturier out of the lineup. Because aside from Giroux on occasion, there's really nobody else who can fill the role that he plays. 5 goals and 10 points in his past 6 games, plus being one of the best defensive forwards in the game. Coots deserves to own the Selke for a few years while also getting tossed into the Hart Trophy conversation.

And then there's JVR. What a season the pigeon has been putting together.

10 goals. 15 assists. 7 of those 10 goals coming on the powerplay. Just think about what those PPGs will do come playoff time when your special teams play is even that much more important. There was nothing worse than watching the Flyers constantly shit themselves on the powerplay during the playoffs last year. Not only do you not get a goal up on the scoreboard, but you can tell that after going 0-for-a billion on the powerplay that it was just crushing their confidence and momentum as the games went on. But when you've got the Tip God parking his ass in front of the net and deflecting everything that comes his way, the Flyers have a chance to end teams on the 5v4 now. So maybe James van Riemsdyk isn't your typical Hart candidate, but at the very least it wouldn't be considered a total joke to mention him in the conversation. Which is wild considering where most of the fanbase was at with him before the year.