Don't look now, but it looks like an apple a day ain't the only fucking thing that can keep the doctor away.

This week, parents in a lovely un-named Long Island town (that essentially looks like a "city of gardens") were greeted with this email... 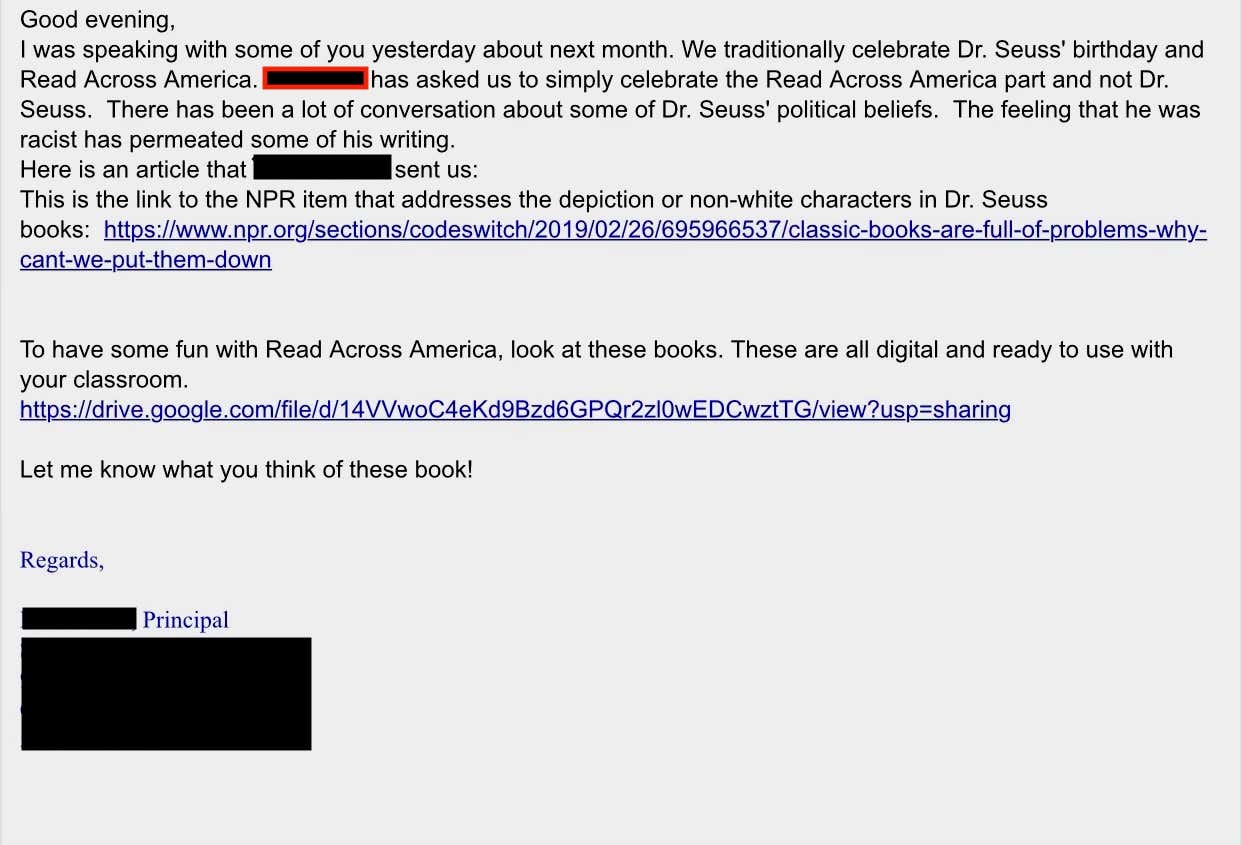 Later this week, FOX News (of course) then reported this story…

So, apparently, you can add Dr. Seuss to the long-growing list of things that are being canceled.

I can't say I am surprised by this.  Last year I dedicated a whole podcast to the Twisted History of Children's Authors and revealed that more than a handful of the writers you turn to every night to lull your kids to sleep led lives that were not so "storybook" themselves.

And I am not talking about celebrities-turned-children's-book-authors who we all know had checkered pasts… Madonna wrote a 12-book series for children called The English Roses… Wiki describes the original book that started the series (which was illustrated with line drawings by artist Jeffrey Fulvimari) as-  A moral tale, it tells the story of four friends who are jealous of a girl called Binah. However, they come to know that Binah's life is not easy and decide to include her in their group.

The book was released simultaneously in more than 100 countries worldwide and translated into 42 languages.  Commercially, The English Roses debuted atop The New York Times Children's Bestseller list and sold over a million copies worldwide… Good for Madge! 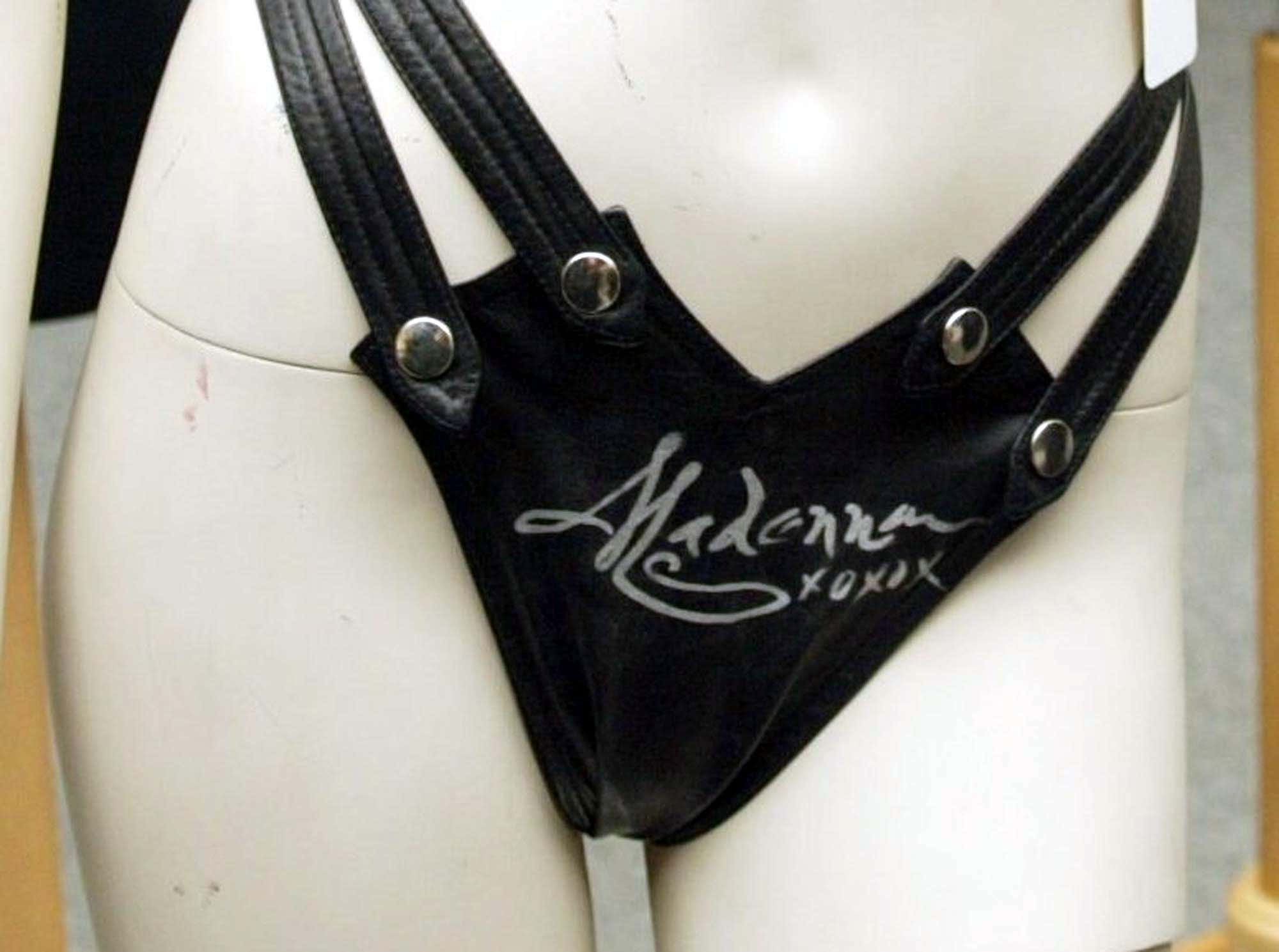 My point about Madonna is that I commend her on her success, but I never bought her children's books because I knew about her whorish beginnings, and I didn't want to potentially think about her being fingered by Dennis Rodman whilst I put one of my liabilities to bed.

And using the term "whorish" shouldn't indicate that I am negatively judging those beginnings… Nor am I condemning her for being finger blasted by Rodman and his gigantic unwashed hands.

No slut-shaming here… I think sluts (both female AND male) are cash cows that make the world go around, TBH.

The term "whorish" simply means sexually promiscuous or provocative, so if the whorish shoe fits…

Now back to Seuss… He's been dead since 1991, but they are digging up enough dirt 30 years post-mortem that I assume will get him taken off library bookshelves and put behind the swinging doors of the "Canceled Section" at defunct video stores… 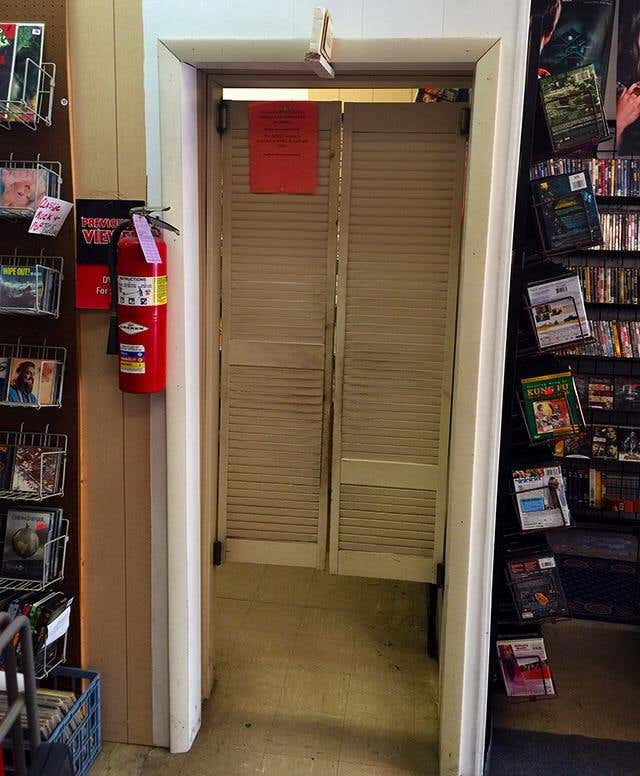 When I talked about Seuss last year, I only pointed out that he was a douchebag to his dying wife, Helen.

While Helen was bedridden with a Guillain-Barre syndrome… A rare disorder in which your body's immune system attacks your nerves weakening your extremities and eventually paralyzing your whole body… Geisel (The Doc's real last name) shacked up with family friend Audrey Diamond, who was half his age and married with two kids.

Depressed by her worsening symptoms and by suspicions of her husband’s affair with her close friend, Helen Geisel took her own life in October 1967 at the age of 68.

“I am too old and enmeshed in everything you do and are, that I cannot conceive of life without you,” … “My going will leave quite a rumor, but you can say I was overworked and overwrought. Your reputation with your friends and fans will not be harmed.”

What a fucking ride-or-die woman!

Less than a year later, Helen's good friend Audrey left her first husband, became Mrs. Geisel Part II, and the new couple sent Audrey's already-traumatized children away to live with relatives… Simply because Geisel hated being around kids (kinda like the Grinch).

Never in the podcast did I say what the Doctor did was cause for cancellation… I just pointed out that his resumé was less than perfect.  Personally, I continued to read his books to my kids, and my world kept spinning on its axis.

These new allegations against Dr. Seuss seem to up the ante for some as they deal with supposed racist symbolism within his pages.

I was going to dive deeper into this matter, but it just seems like yet another silly thing I won't give a shit about, so take that dive on your own time, if you'd like… I am just giving you a heads up that Green Eggs and Ham is probably off the menu this St Patrick's Day.

Oh, the stupid places we are going as a society!

This week on Twisted History, Vibbs and I are joined by tattoo artist BZ Elliott to chat about all things inky.