I've been meaning to write this blog once we strung together a couple 32+ days in a row and we're finally here. The icicles are falling at an alarming rate and I use this instructional video here as an example of what Not to do. So long as you don't touch it, you can't really be liable. Especially if you don't even own the building. So probably best to keep your hands to yourself unless of course you want to live dangerously then by all means go fuck some stuff up. The world's waiting for you.

Personally, I almost took down a 16 foot chandelier hanging from the southeast side of my building, but ultimately backed off because my neighbor is a gazillionaire and I didn't want to destroy his nice fence. Should it get blown up in the ordinary course of business without my intervention: not my problem. That's the wrath of midwestern mother nature in an urban setting amidst record temperatures, precipitation and accumulation. You either get on the train or you get off the tracks around here.

Doesn't really make sense but that's an A+ collision and the exact kind of one you want to avoid this weekend when those icicles take flight at 9.81 meters/second. Forecast calls for some greasy action: 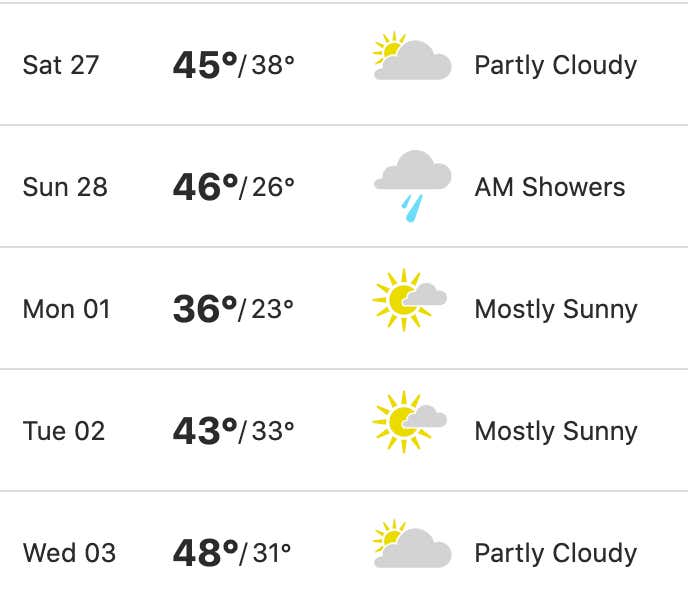 Maybe I'm being overly cautious but I just feel like nobody's talking about this kind of stuff. It's only if you're walking around the Loop and you see the signs in front of the skyscrapers that basically say It's Not Our Fault If You Die From Falling Ice PS Watch Out. Other than that you don't really get a lot of proactive icicle public messaging so consider this blog a step in that direction. And that's coming from a guy that lives his life in arm's reach of a bike helmet at all times. No disrespect to the orange beauty but she wouldn't stand a chance against this shit.

If that makes me a pussy then so be it. Give me all the beef curtains. I don't have the time or inclination to engage in public debate about my perceived manhood when we're this deep on the risk matrix. Instead I'd rather just make sure everyone keep their head on a swivel, and even if you don't then at the very least just go have a great fucking weekend. You earned it.