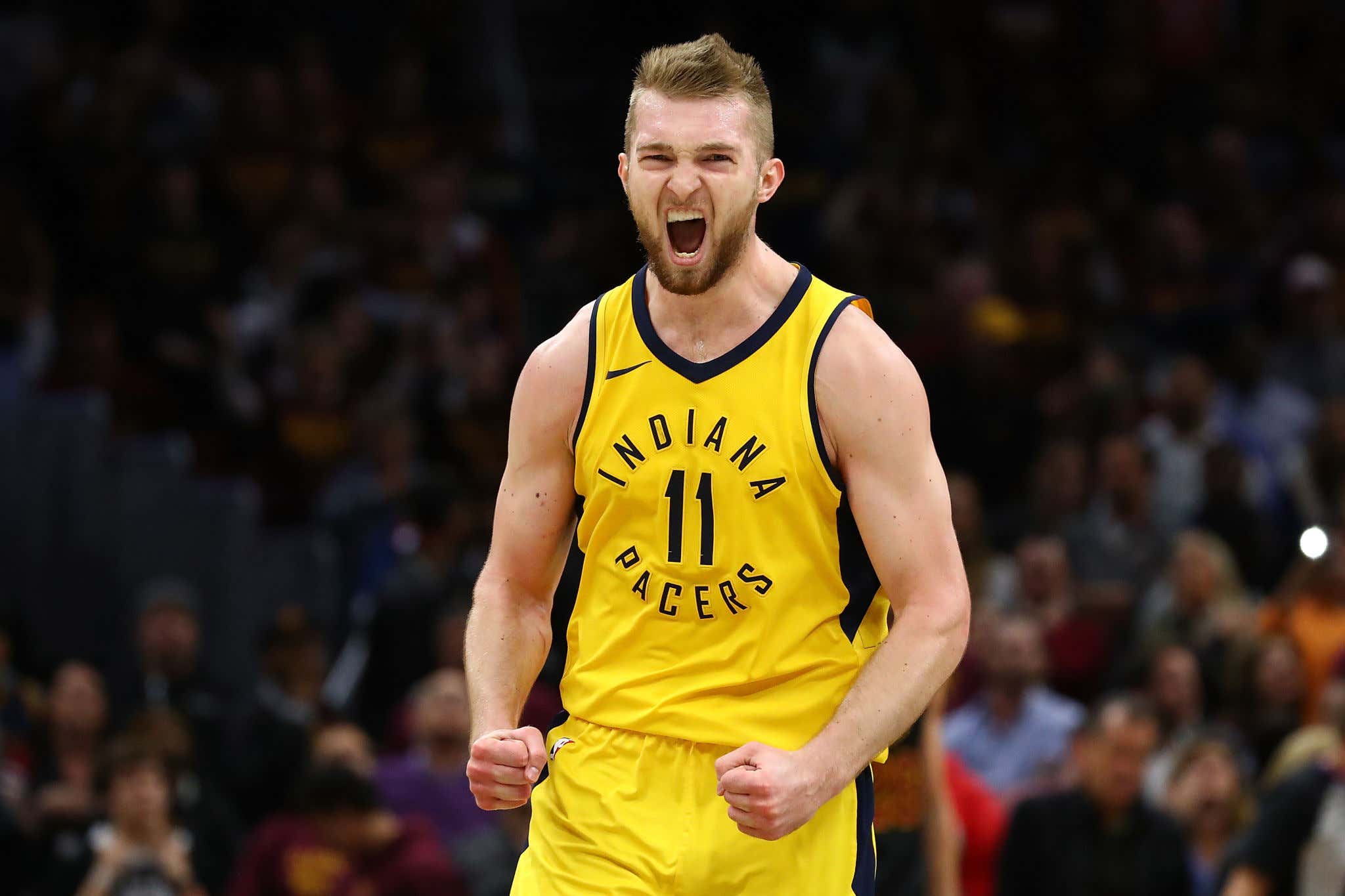 It happens every year, and the 2020-21 season is no exception. Every season when the All Star rosters are announced there are a handful of players who find themselves on the outside looking in. The one difference with this season though is it feels like there were wayyyyyy more worthy candidates that got snubbed in each conference. Especially the East. We knew for weeks that it was going to be a bloodbath, but after looking over everything here are a couple of snubs that are pretty tough to stomach

Hard to argue that Sabonis wasn't one of if not the biggest snub of the entire group. The Pacers are right in the mix in terms of standings, and when you look at how his production compares to those who did get selected, it makes things even more confusing

I mean what are we doing here? Not only are those other two guys All Stars, they are MVP candidates! If I were a Pacers fan I would be legit mad about this snub. What more could he possibly do? The Pacers have a better record than some other guys who made it, his individual production matches some shit MVPs are doing, yet he didn't make it. How did Vucevic get this spot? I'm not sure that makes any sense.

Here's what has me confused. It's clear that records did not matter in this selection process. So if that's the case, what reason was there to snub Trae Young? He started last year on a dog shit team with only slightly better scoring numbers while being less efficient. If people cared so much about record, why is Beal starting? Why do the Celtics have 2 All Stars? Why did Vucevic make it over Sabonis? You see the inconsistency here. Why should record be held against some but not others. From a production standpoint, you could argue Young had done enough.

As the top seed in the East, the Sixers deserve at least two All Stars. Frankly, that second spot should have been Tobias Harris over Ben Simmons. He's had the better all around year. He's improved in every aspect of his game from last season, especially in terms of his efficiency. Harris has been as legit a #2 option as you'll find in the East. I wouldn't even say his defense has been all that bad, I mean it's not Simmons DPOY caliber or anything but when you combine what he's been doing on the offensive end for the Sixers, I would have went with him.

I'm not positive, but if they are able to replace AD with Booker due to injury, then he won't be snubbed. If they can't do that, well then Booker is absolutely a worthy snub. At 20-10 the Suns are one of the better surprises of the season and Booker is a huge reason why. The nod went to CP3, which I get, but the narrative around Booker has always been he needs to win. Well now he's winnign while having the most efficient season of his career. He made it last year on worse splits but 2 more points a game. Now that the Suns are a top 4 team in the West, how does he suddenly not make it?

The tough reality for Fox is the conference in which he plays in. There are just so many unreal point guards that someone deserving is going to get boned. You can't have him over Mitchell, either Paul or Booker is deserving of that other guard spot, and you can't have him over someone like Zion either as one of the last reserves. It's a tough reality for a lot of the really good players in that conference. If Fox played in the East? He's an All Star no doubt about it in my mind. He's just a casualty of his conference, nothing more.

Other notable guys you could make a case for: DeMar DeRozan, Brandon Ingram, Bam, etc.

So for you, who was the biggest snub? For me it has to be Sabonis. That one was bad and I don't think will ever make sense to me.