[Source] - In the deposition, Valdosta Touchdown Club director Michael Nelson accuses Propst of, among other things, taking funds meant to pay for stadium advertising for personal use, instructing Nelson to raise money to pay rent for a pair of high-profile quarterback transfers and interfering in the school’s coaching search. The deposition is part of a lawsuit brought by former Valdosta coach Alan Rodemaker, who is suing the school board for wrongful termination.

One of the two quarterbacks named in the deposition is Jake Garcia, who transferred to Valdosta from a California school but was later declared ineligible (Garcia landed at Grayson High School in Loganville and signed with Miami in December). The other is Amari Jones, a Class of 2022 prospect who transferred to Valdosta from Atlanta’s Carver High School.

Man, remember how fucking good MTV's Two-A-Days was? We need that back in our lives. At the minimum they should have just kept following Rush Propst around. Guy is electric television. Affairs, championships, head butting his players, cheating to recruit quarterbacks. It's like Friday Night Lights, without the stupid murder storyline in season 2, in real life.

I'm sorry but stealing some money for personal use and trying to land recruits is getting Rush Propst in trouble now? Seems light compared to what I expected. Do you know how expensive multiple families are? The man is trying to keep Valdosta a powerhouse football program while deal with multiple families. That's the price of hiring Rush Propst, you just expect some money to go elsewhere.

Back to Two-A-Days though. Did anyone sum up Alabama high school football more than Ross Wilson? 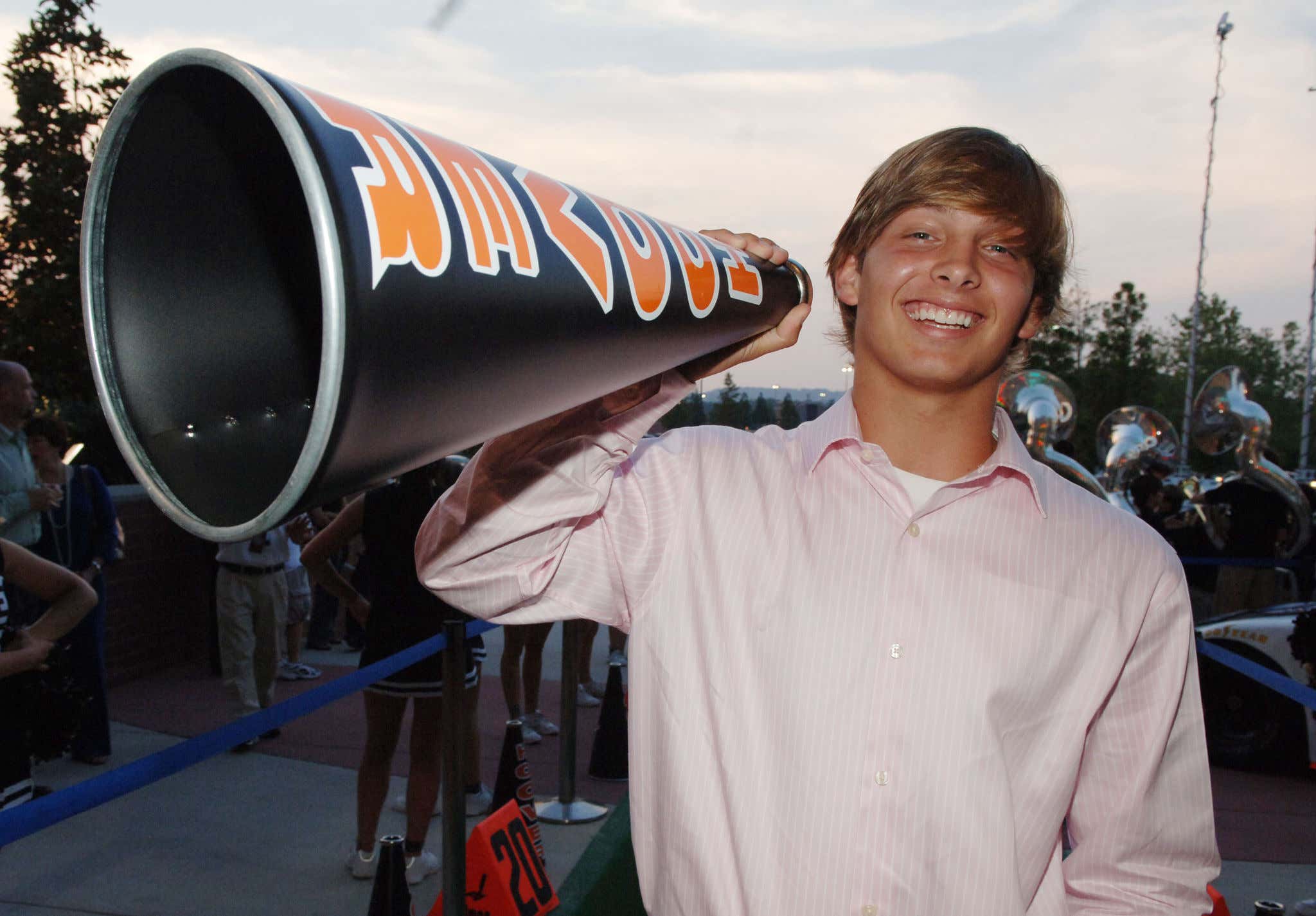 From the Bama Bangs hairstyle to the name to being John Parker Wilson's brother. That man was Alabama High School football. The perfect quarterback pairing with Rush. In a way it's perfect that we didn't have Twitter for Two-A-Days. Some things are perfect with nostalgia and Two-A-Days is one of those. If you were lucky enough to be old enough to watch it live, it deserves to live there. Propst is such a top reality TV character of all time. What a speech