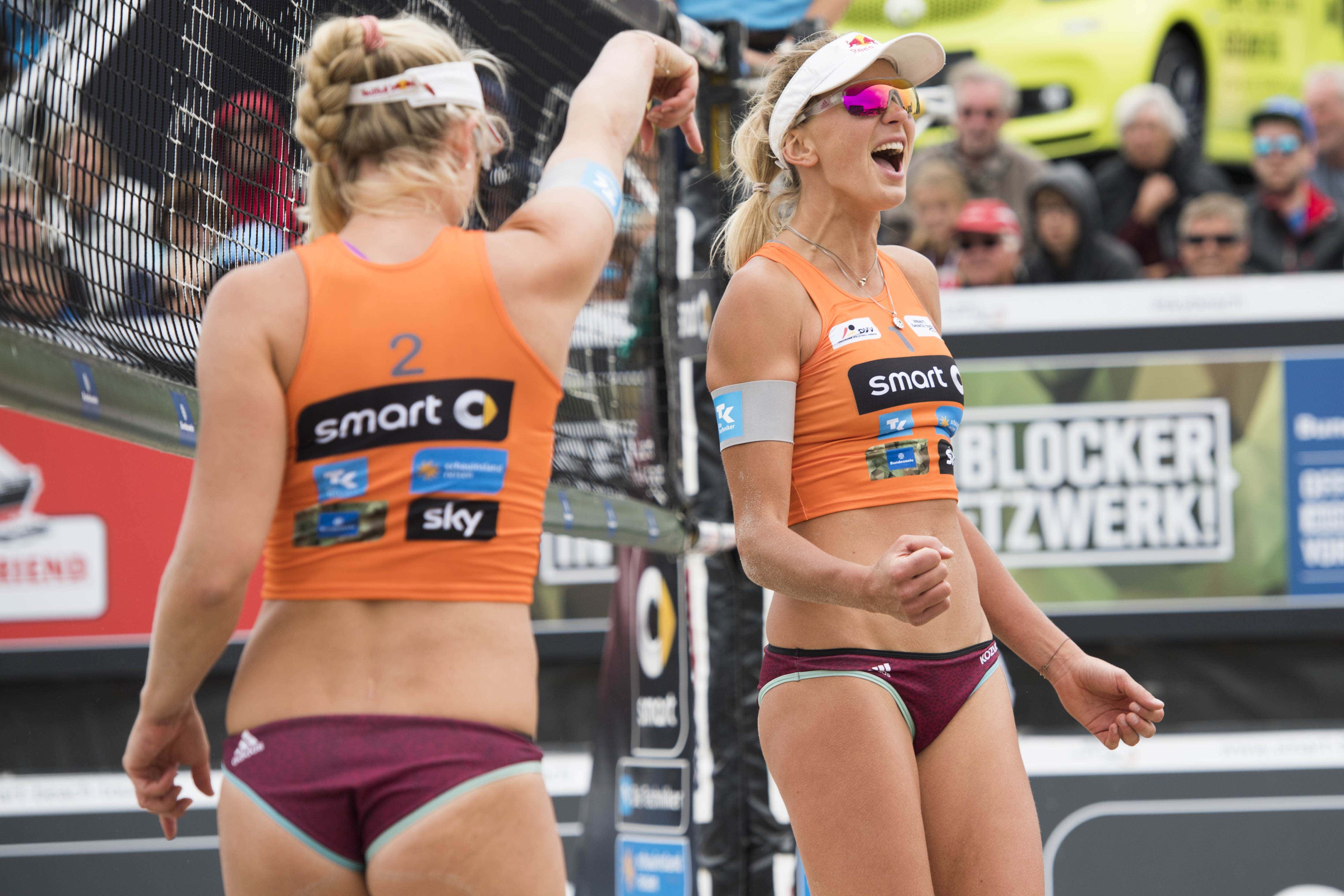 The Guardian - German beach volleyball stars Karla Borger and Julia Sude have said they will boycott a tournament in Qatar because it is “the only country” where players are forbidden from wearing bikinis on court.

“We are there to do our job, but are being prevented from wearing our work clothes,” Borger told radio station Deutschlandfunk on Sunday. “This is really the only country and the only tournament where a government tells us how to do our job – we are criticising that.”

Qatar is hosting the upcoming FIVB World Tour event but strict rules about on-court clothing have led the world championships silver medallist Borger and her doubles partner Sude to shun the event. …

[F]emale players have been asked to wear shirts and long trousers rather than the usual bikinis, a rule which the world beach volleyball federation, FIVB, claims is “out of respect for the culture and traditions of the host country”.

Borger and Sude told Spiegel magazine during the weekend they “would not go along with” the rules imposed by the Qatari authorities. Borger said that they would normally be happy to “adapt to any country”, but that the extreme heat in Doha meant that bikinis were necessary.

It's fair to say the average fan prefers it when sports and politics do not mix. Athletics are not only meant to be a diversion from grim reality, at their best, they're a perfect counterpoint. Sports can be a celebration of the best of the human race. Whereas all too often, politics brings out the worst of us.

But not always. There are exceptions. When the intersection of sporting events and political events turns out to be a pure good. Jesse Owens humiliating Hitler at Berlin in 1936. Joe Louis doing likewise by beating Max Schmeling that same year and again in '38. Jackie Robinson breaking the color barrier. The 1980 Miracle on Ice team defeating the Soviets at the height of the Cold War. Hulk Hogan becoming the first human to defeat the Iron Sheik's Camel Clutch to win his first belt in 1984. And this move by Karla Borger and Julia Sude is another such moment. \

It takes courage and self-sacrifice to boycott an event on moral grounds like this. I'm sure these tournaments pay well and this is how Borger and Sude pay their bills. They could easily go along to get along, pick up a paycheck and help perpetuate this injustice. But instead they're making a stand. They're fighting not just for fairness in their own sport, but for the right of all athletes to look amazing while they compete.

I'm all about showing "respect for the culture and traditions of the host country." Within reason. I mean, when France hosted the Olympics, they didn't force the athletes to eat pungent cheese and smoke cigarettes held between their thumb and index finger. Rio didn't mind if you wore tiny bathing suits that leave nothing to the imagination, but they didn't compel you to. Boston hosts the world for the Marathon every year, but we don't make it a rule you have to drink Dunks, get a Bruins tattoo and drive like an asshole. We just appreciate you more when you do. Hell, if Salt Lake City could relax their insane restrictions on booze to accommodate Italian skiers and Russian hockey players, then Qatar can bend in this one.

It's not complicated. If you have some universal rule that says no one can wear bikinis, then events where the uniform is a bikini is not for you. Don't put your country's name down on the great international sign up sheet offering to host. You don't even have to politely explain yourself. Just give the situation a good leaving alone. Sit this one out, stay home and enjoy the restrictive, uncomfortable, modest, covered up fashion of your homeland. Then everybody wins.

And while we're on the subject, the irony should be lost on nobody that Qatari authorities have their panties all in a bunch about people playing volleyball on a beach wearing bathing suits, but aren't at all put out by the fact they're using indentured servants to build their stadiums for FIFA 2022. And the working conditions are so abusive that Amnesty International is launching a protest. But sure, let's worry about young, physically fit athletes showing their abs and buttcheeks.

P.S. On a semi-related note, when I am Jerry I, the benevolent ruler of the Kingdom of Thorntopia, our Men's Beach Volleyball Team's uniform will be shirtless jeans and aviators. Anything else is damned unAmerican.