Are we sure that Bartolo Colon wasn't meant to be a masher? Sure he won a Cy Young along with 247 games and only batted .084 batting average. But those are the numbers of a man that didn't have to swing a bat professionally whenever he took the bump until his age 41 season and even then it was only once every five days. Can you think of another larger than life baseball player that started out as a dominant pitcher before focusing on hitting the baseball instead of throwing it?

I'm not saying Big Sexy would have been the Great Bambino if he was able to step up to the dish 4 times a game his entire career. He may have been better because you simply can't learn to hammer the ball with straight up donkey dick force while flashing his signature move of carrying the bat down the first baseline. That is something you are born with. Something the scouts of Hands On Head Power because that's all the people that witness it can do as you bust the guts out of a baseball to the canopy level of some random forest. 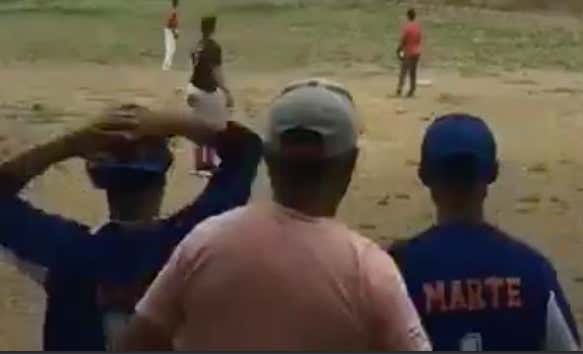 Big Bart may not have touched the plate, but I think once the ball turns to vapor, touching any of the bases is a mere formality. All that matters is that everyone on the team that greeted him at home got a pound along with the privilege to touch greatness.

Speaking of greatness, I love that the internet didn't let me down by having this gem readily available.