Trevor Zegras. Just a kid from Bedford, NY who also happens to be having one of the best 2021's out of everybody in the hockey world. It started off with putting up 7 goals and 11 assists while leading Team USA to a gold medal at the 2021 World Juniors. Then he gets his pro career started with the San Diego Gulls in the AHL where he put up 4 goals and 5 assists in just 8 games. And then finally last night, he made his NHL debut. And as is customary in the league, the rookie went out for a quick hot lap to start off warmies.

Holy shit. What a fucking clinic this kid put on.

These are things that won't obviously make it onto the stat sheets, but prove everything you need to know about Trevor Zegras as a player. First off, he looks pretty strong on his edges. Nothing crazy like a PK Subban offseason video, but he pulls off a nice quick turn in that corner. So the fact that he didn't have sea legs out there shows me that the kid has nerves of steel and wasn't worried at all about this being his debut.

He dangles his way through the puck landmines and goes 3-for-3 on the shots he snaps off. Even staples that last one to the corner. Now I have to imagine if there were a few more fans in the stands, he might have rung one of those shots off the glass. Just to show off that velocity and get a little glass rattle going. But since it was a packed house for Arizona with 15 people in the crowd, he went for strictly snipes. 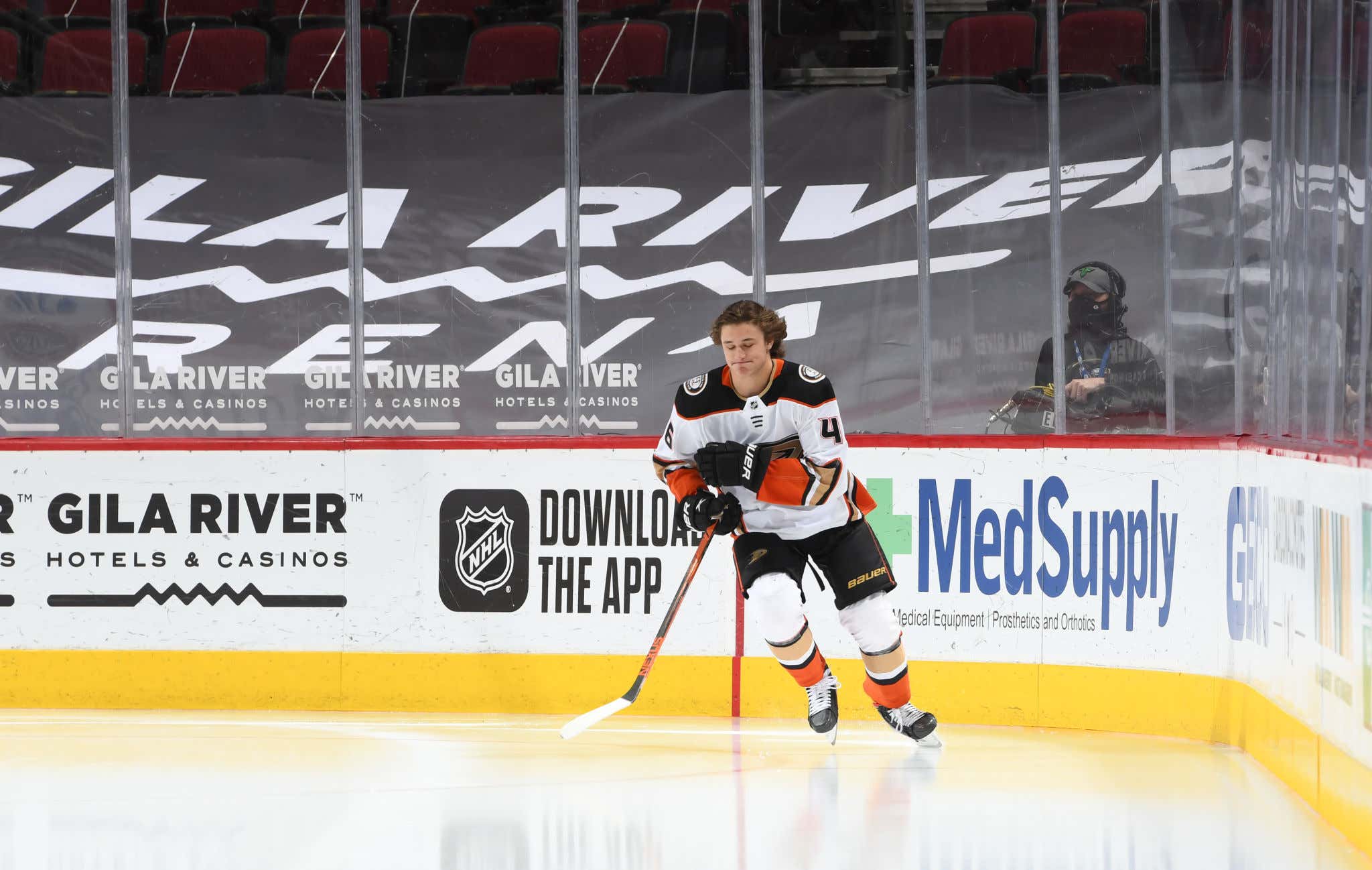 Just letting that lettuce flap away in the wind. So many kids grow up dreaming about hoisting the Stanley Cup over their head one day. And while I'm sure Zegras has had that dream as well, I bet he went to bed most nights dreaming about the day he can finally wheel around out there during warmups without a helmet on. Last night he finally got his opportunity and he took full advantage of it. Brings a tear to my eye.

I don't want to get ahead of myself here. I don't want to put too much pressure on a guy who only has 1 GP in the NHL to his name at the moment. But I just don't see how there is any way that Trevor Zegras' career doesn't end with a speech at his Hall of Fame induction ceremony after it started this saucy.