Source - El Chapo's wife is apparently really keeping up with the family biz -- at least according to the feds who just busted her for international drug trafficking.

Emma Coronel Aispuro was arrested Monday at Dulles International Airport, and is facing a charge of participating in a conspiracy to distribute cocaine, methamphetamine, heroin and marijuana for importation to the U.S.

And, get this -- the feds are also claiming she conspired with others to help El Chapo make his July 11, 2015 prison escape in Mexico, and tried to help him do it again after he was recaptured. He was extradited to the U.S. in January 2017  before he could make that second escape.

As we reported, Joaquin "El Chapo" Guzman -- leader of Mexico's Sinaloa Cartel -- was sentenced to life in prison in July 2019.

Well, she stuck to what she knew. Can we at least agree on that? It's not like she had many options. She tried the reality TV route and that didn't work, so what's a girl to do? She didn't have a back up plan. She was literally the wife of the wealthiest, most notorious, drug lord of all time. That's it. Thirty-one years old and out on her ass because that selfish husband of hers went and got arrested. Here's what the Justice Department had to say... 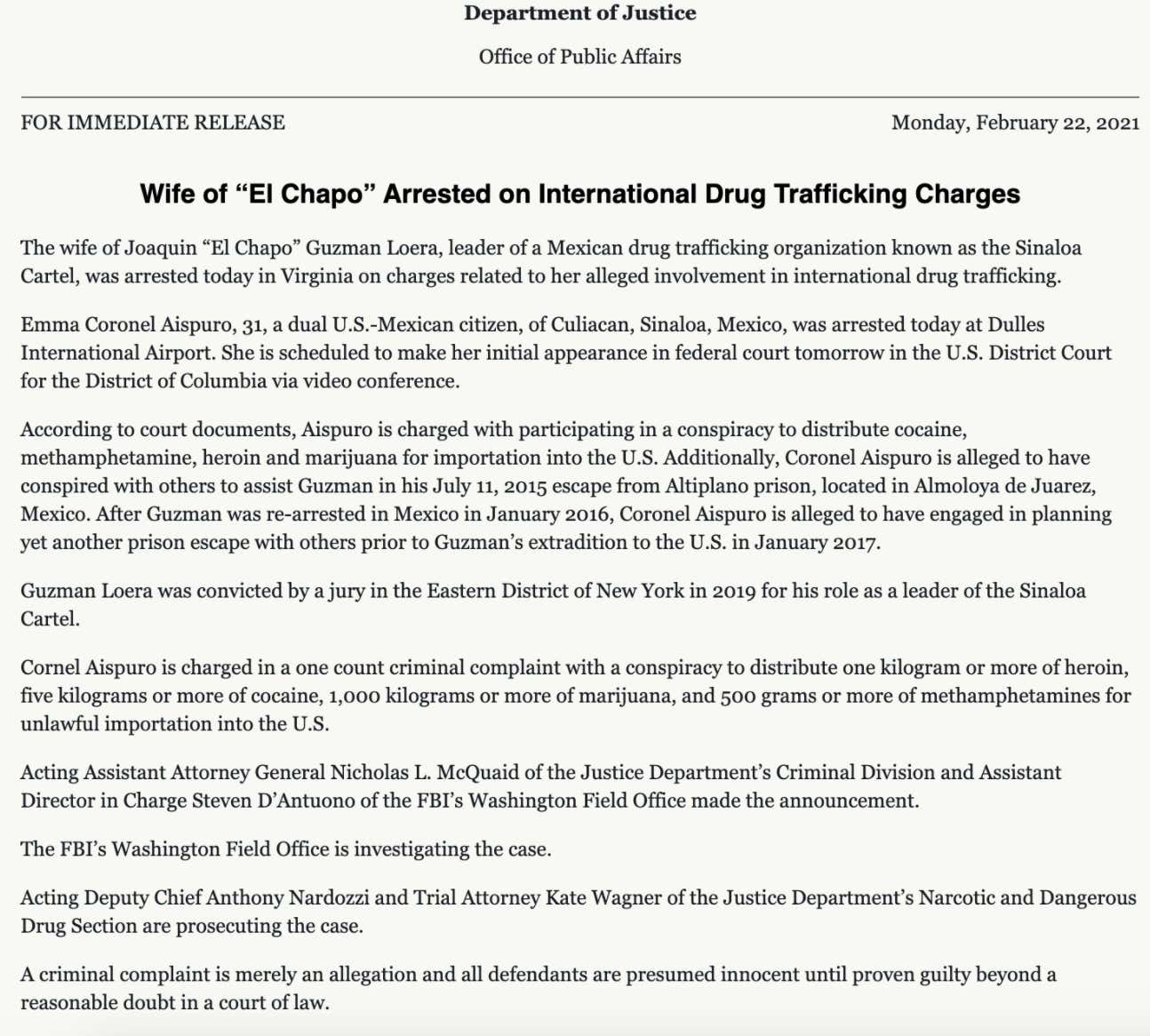 For those of you who didn't read that's one (plus) kilos of heroin, five (plus) kilos of cocaine, one-thousand kilos of weed, and five-hundred grams of meth. In other words…not a small amount of drugs. Not a large amount compared to what El Chapo used to smuggle, but enough to put someone away for a long, long, time. How she didn't think the government wouldn't find out is beyond me. Oh well. Hopefully she has a good lawyer because she's going to need it. Best of luck, Emma!