Live look at me as I'm attempting to write this blog-

I'm as Team America as they come, especially when it comes to those pussies across the pond in Britain. But when it comes to music, and radio in general, they fucking trounce us. The BBC and Westwood 1 just always do the coolest shit, have the greatest interviews (outside of maybe Stern, and Madison on Alt Nation here), and have off the wall interesting stuff you would never ever get to see or hear here in the states because everything is controlled by Clear Channel and iHeart, and they're both run by the biggest lames ever.

All that said, Dave Grohl and The Foo Fighters did a "Sofa Sessions" interview on BBC last week to promo their new album. The session included some live in-studio renditions of songs, including their new one "Waiting On A War" (which has slowly grown on me. the second part after the bridge fucking bangs).

In classic Dave Grohl fashion, they also decided to air an impromptu cover of the Bee Gees "You Should Be Dancing".

Tell me if I played that without telling you it was a cover that you'd realize the difference. You can't.

In the interview, Grohl explained to host Jo Wiley that the band was in the studio to record when the new Bee Gees documentary, "How Can You Mend a Broken Heart", was brought up. Grohl suggested trying their hand at a cover of “You Should Be Dancing” — and doing it just like the Bee Gees.

(If you haven't watched this documentary yet I can't recommend it enough. I blogged about it back in December. It's fuckin awesome, even if you think you don't like disco (you do, you're just lying to yourself))

“We started recording the instrumental track, and then I thought, ’Okay, well I’m gonna go out and sing it,'” Grohl recalled. “And let me tell you: I have never, ever in my life sung like that, but it was the easiest song I have ever sung in my entire life! I had no idea my voice could… I sang the song, and it was like six minutes and I was done. I should have been singing like this for the last 25 years!”

Also, who knew Dave Grohl had such a ridiculously good falsetto?

You can listen to the entire interview here - 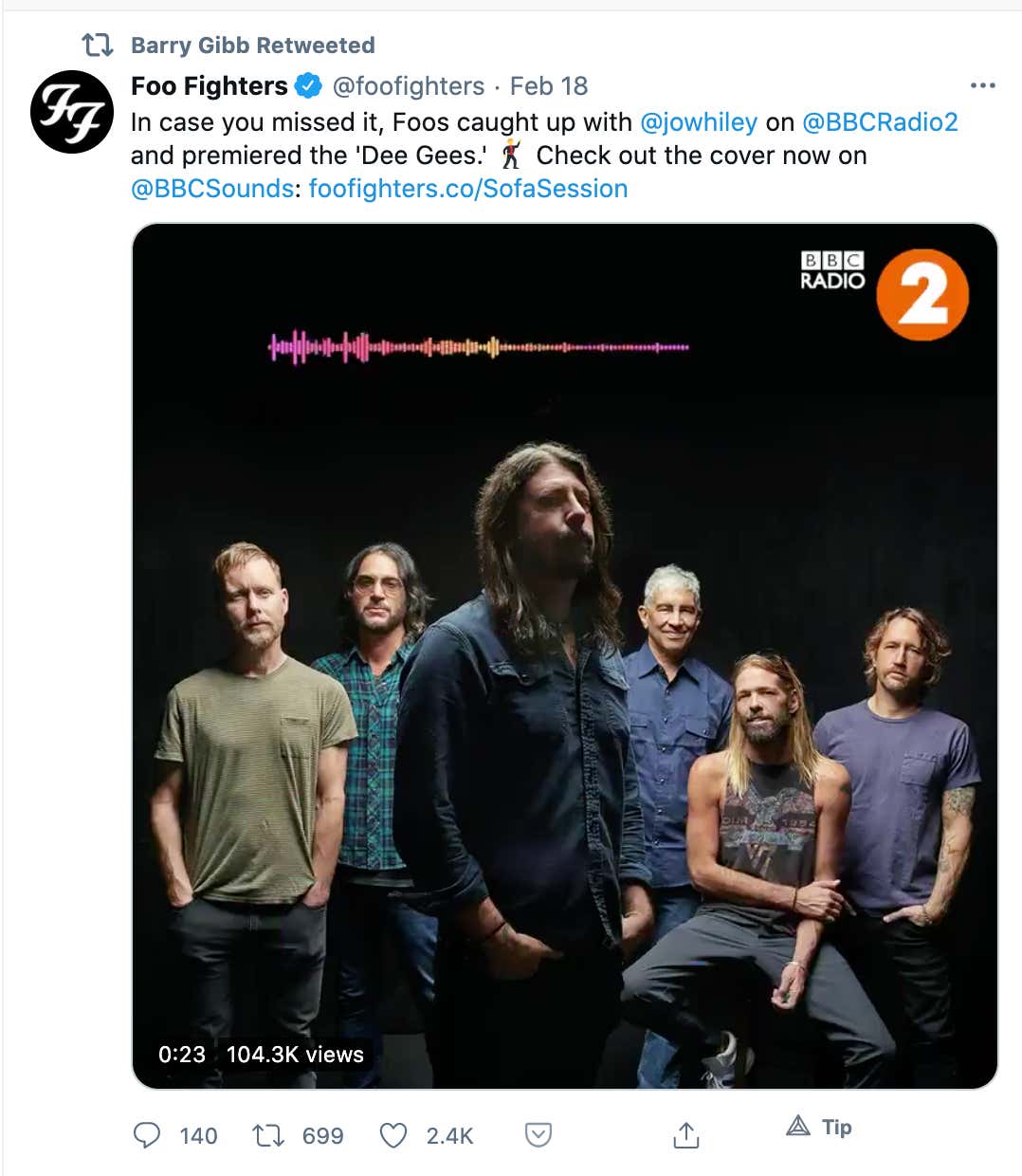 p.p.s. - disco is fuckin awesome. if you don't agree you have a major major dump in your pants