Above we've got cinematographer/racer Lucas Brunelle & his buddy John McLean (AKA Ice Rider) documenting their cycling adventure on Boston's Charles River earlier this week, and as you may have guessed things go awry.

Here's the key moments if you're short for time:

01:57 - Pucker Factor City - you can hear how exhausted they are, heaving air trying to get their bikes out before themselves. People begin calling from shore asking if they need assistance but they assure them they're "all set, thanks". Cool as frozen cucumbers. As they later say,

Thanks to some spike hooks they were wearing to help pull themselves out, they made it back to the parking lot alive. At the end of the video they have a little after-action report with a good sense of humor about it. "It's not how many miles you do; it's the intensity." Indeed. And it's not their first rodeo... John McLean AKA Ice Rider - has been biking the Charles since 2012... In summary, super-cold-weather-city-people are insane.

But if I had to pick a device to cruise around on out there I'd say a small boat with Flexible Flyer blades on the bottom is the way to go. Break through the ice, no biggie. Just bob around for a bit. Plus, the amount of Boston tail you must pull in something like this… my God: 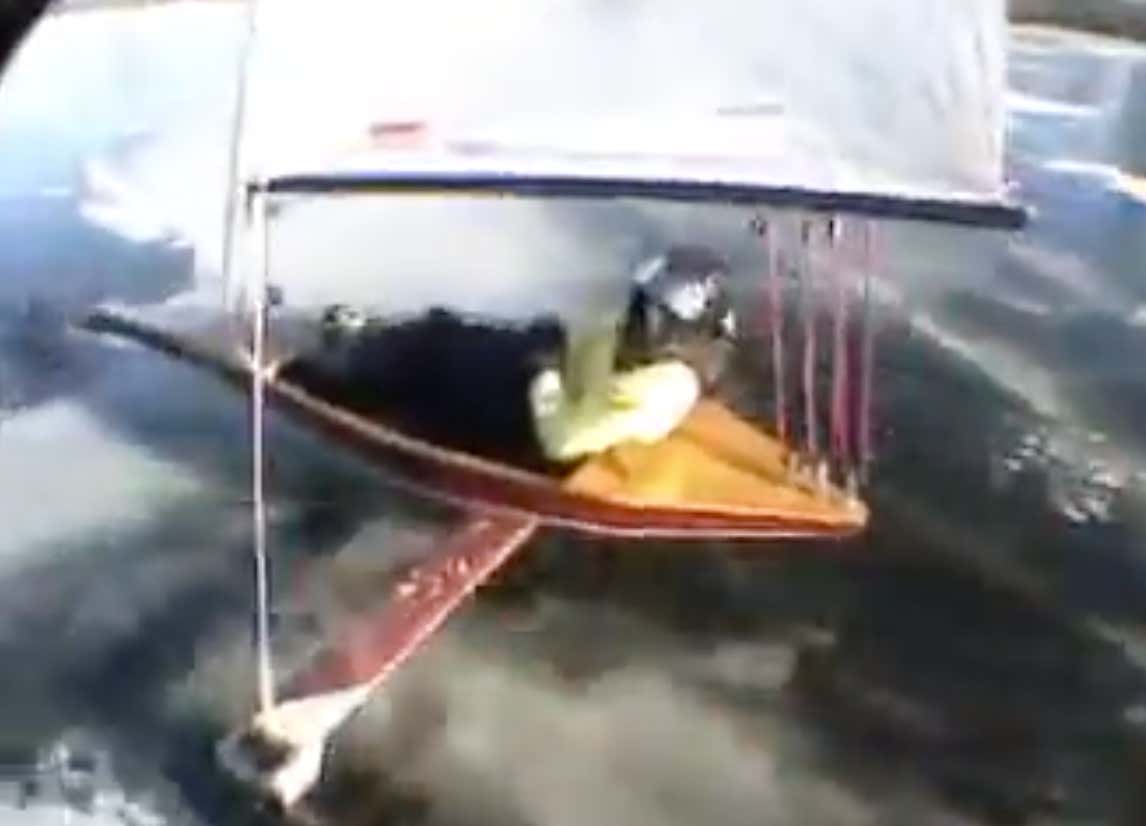 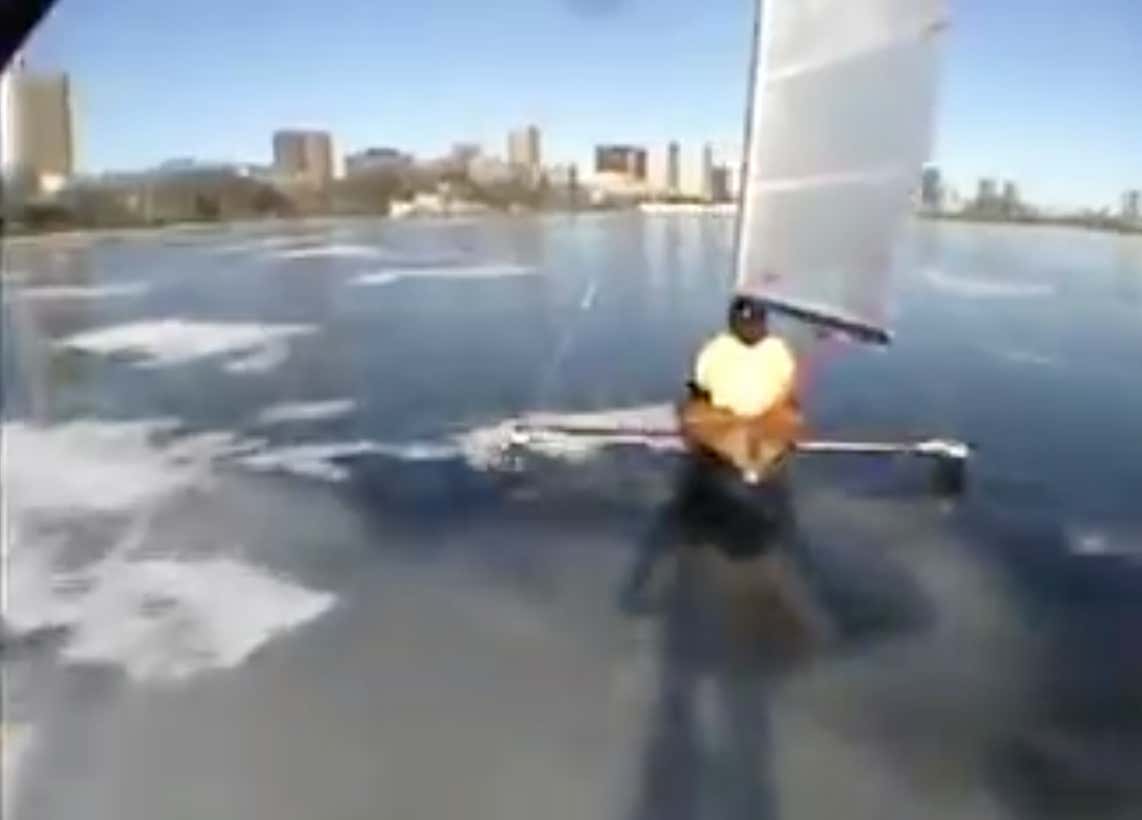