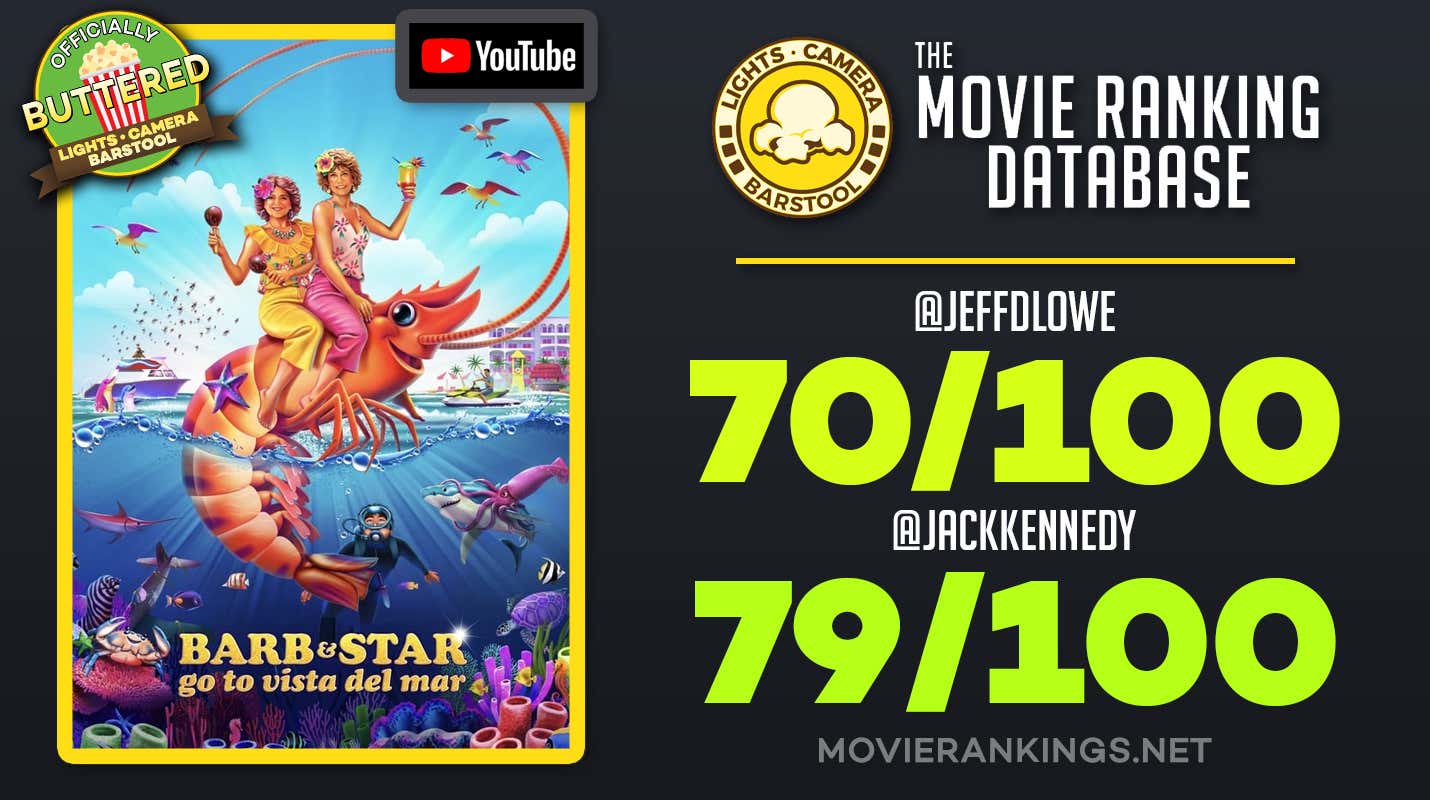 This movie has caused some stir…

…and we decided to talk about it!

Lifelong friends Barb and Star embark on the adventure of a lifetime when they decide to leave their small Midwestern town for the first time ever. (via Google)

KenJac (70/100): This is a very dumb movie. In fact, I give it my first annual “Movie that you assume is based on moderately performing SNL skit but actually isn’t” award. It’s nowhere near as bad as some of those movies like a superstar or its pat, but it definitely has the vibe. It’s just dumb, upbeat humor with a fun color palate.

I think the characters of Barb and Star are very outdated, but also that Wiig and Mumolo played them as well as they could be played. It’s like when you play NBA 2k and you're big, you can never max out 3 point shooting or speed, but you can get it to the limit of 60ish. Dornan is getting a lot of buzz and rightfully so because I think this is really his wheelhouse and this movie was the first that let him do him. The last movie I saw him in was ‘Wild Mountain Thyme’ which was total ass. I think his blend of good looks and comedic ability may fit into Jon Hamm 2.0 territory, honestly.

The plot was dumb and, again, a bit outdated, but it was breezy enough. Only 107 minutes and it had a handful of moments.

For me I loved:
- The inclusion of Richard Cheese and his I Love Titties song
- The talking club and Vanessa Bayer’s small role
- The whole furniture store subplot thing
- The gag of Dornan’s character wanting everything to be “official”

Barb and Star is not the pinnacle of comedy, but I also don’t think it was trying to be. It’s a pretty, relatively fast comedy with a handful of very funny moments.

--
The movie is Officially Buttered with both KenJac and Jeff's scores. You can head to Lights Camera Barstool right here to listen to our latest episode where we just reviewed 'Barb and Star Go to Vista Del Mar' and Drafted the Best & Worst States of the United States.