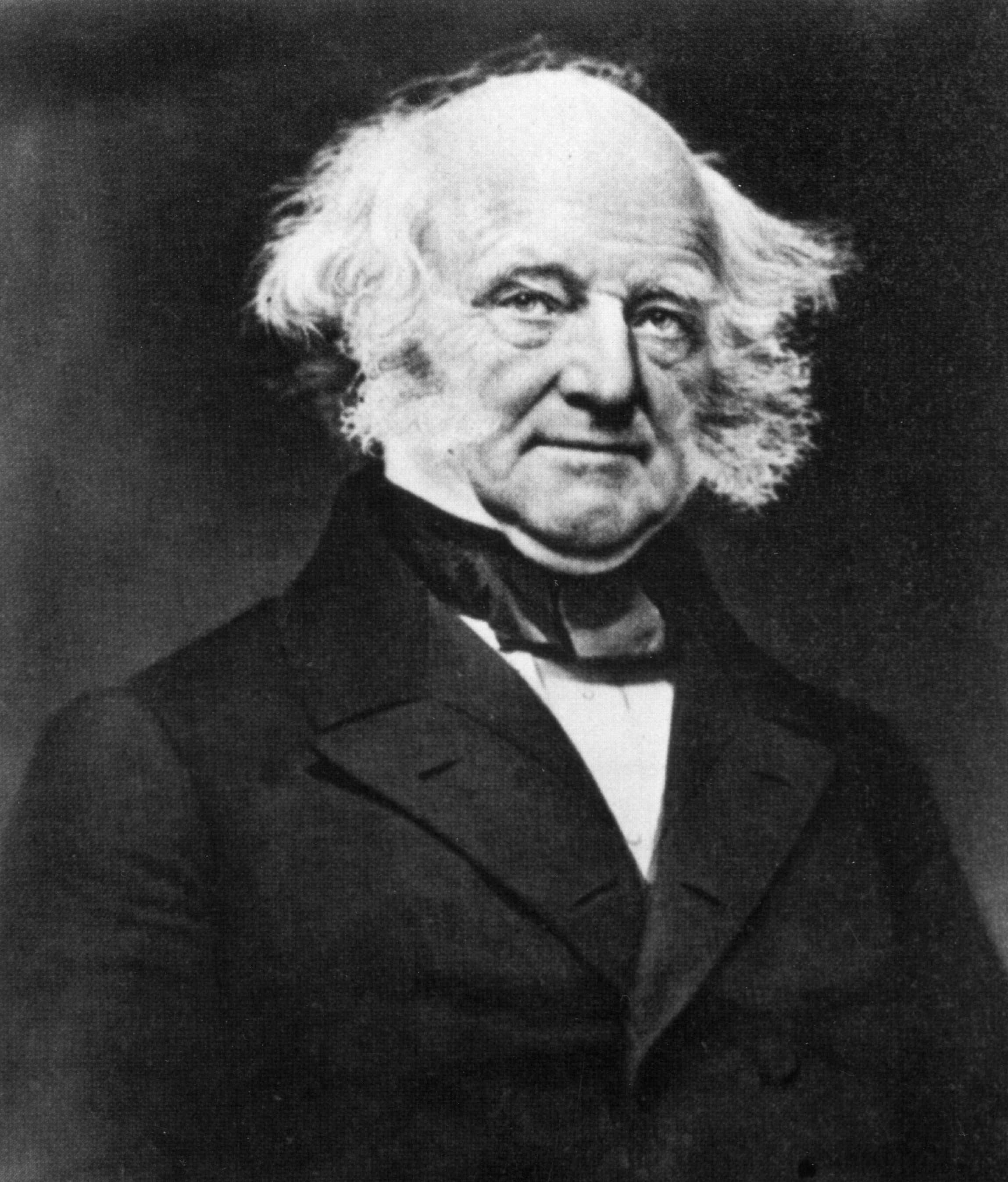 For anyone that missed the first blogs in this series which covered the first six United States Presidents, you can check them out here. For a quick summary of what these are and will continue to be is every Monday, I'm running through what we collectively didn't learn in school about United States presidents, starting with Washington and working my way toward now. This isn’t at all about policy or politics or what laws and bills they did or did not approve of. The goal here is simply to provide you with some more information on some of the most powerful dudes to ever walk this planet that our educations left out. Maybe that will be enough, maybe it will send you on a journey to discover even more on your own time. I think I am just going to include this beginning paragraph every time for clarity, and those who have tuned in (and continue to do so thank you for your support) will know to skip it. Regardless, I’m happy you're here.

I am happy to finally be at Martin Van Buren. Why? A couple reasons.

1. MVB, as he will be referred to from now on, is (I think) the first president that most people are quite unfamiliar with. We're nearly fifty years removed from George Washington, decades removed from the Revolutionary War and decades short of the Civil War. It is probably the first relatively boring, if you can ever call any time in American history boring, period in the United States. These less notable presidents are the reason this entire series was started.

Okay, now that we have gotten MVB's most important contribution out of the way, let's get into it.

- He was the first President to be born as an American citizen and not a British subject. This Natural-born-citizen clause that now exists, and is often debated on what exactly it means since the US Constitution never explicitly defines the phrase "natural born Citizen," has this as a requirement to become the President of the United States.

- He is the only president who had English as his second language. His first language, slightly ironically, since he was the first POTUS born as an American citizen was Dutch.

- Continued Andrew Jackson's (who he was a large supporter and close friend of) westward expansion and mass elimination of Native Americans, more commonly known, and likely known by you, as the Trail of Tears.

- We can give credit to him and his campaign for the popularity of the term "OK":

Every word has its origin, and the history of the word, er term, OK, and the consistency in which we use it today, can be given to Van Buren's campaign. MVB was born and raised in the Upstate New York town of Kinderhook. As a result of this, he secured the nickname "Old Kinderhook" or "OK." This is important to know to fully understand how the term developed multiple meanings. I'm going to rely heavily in this next paragraph on an article history.com wrote about the origin of the word because they do a very good job explaining some really confusing information without context. In the 1800s it had become a trend to deliberately misspell things for comedic effect. When the term “o.k.” first appeared in print, the joke was it was a shortened version of “oll korrect,” the funny (at least by 1830s standards) misspelling of “all correct.” "According to Allan Metcalf, author of OK: The Improbable Story of America’s Greatest Word, Boston Morning Post editor Charles Gordon Greene, who was known for taking shots at other print publications, was likely the author of the attack on the Providence newspaper by sarcastically calling the publication "o.k." Just like that, a new term was born. Three days later, "OK" appeared once again in another Boston Morning Post article and began its steady and persistent climb into  the American vernacular. By the end of 1939, the term had showed up in the Boston Evening Transcript, New York Evening Tattler and the Philadelphia Gazette. You're probably wondering what the hell this has to do with MVB? Here that is.

In 1840, MVB was running for reelection against opponent William Henry Harrison. Henry Harrison's campaign was being bolstered by popular slogans sweeping the nation such as “Tippecanoe and Tyler Too” and “Log Cabin and Hard Cider.” Once again, the 1840s version of catchy, a lot of the charm is now lost on us today. Van Buren’s supporters, desperate to ride this slogan wave, came up with their own, a very simple “O.K.” As we mentioned earlier, Van Buren had developed the nickname “Old Kinderhook” due to where he was born and raised. MVB's supporters even began to form “O.K. Clubs” all across the nation to support their guy. The support was not enough, and MVB lost the reelection bid, but the expression had already caught on, and by 1864 it was consistently showing up in everyday conversations and held a place in the Slang Dictionary of Vulgar Words. Like the origin of many things, the specifics are often disputed, but MVB's impact on the term is absolute, as the Oxford English Dictionary can be attributed to Van Buren and his supporters.

- He resigned as Secretary of State amid a sex scandal, but it worked out in his favor:

Politicans and sex scandals? Who would have ever guessed! Before there was Anthony Weiner (Shoutout fellow SUNY Plattsburgh alum) and just a truly ungodly amount of other politicians, there was Martin Van Buren John Eaton. Eaton, Andrew Jackson's Secretary of War, married a woman who might have begun her relationship with him while she was still married to her first husband. This created a ton of gossipy drama within the cabinet and when Vice President John Calhoun and his wife completely snubbed the Eatons socially, Van Buren said the scandal left the government and Jackson’s cabinet in the “defiling clutches of the gossips.”  MVB devised a sneaky plan to settle all of the drama within the administration. First, he resigns. Then, Jackson dismisses who is left of the cabinet to appoint new people to the positions and giving a clean start, silencing the gossips. Seems like a raw deal for MVD, right? Wrong. In return, Jackson guaranteed Van Buren a nomination for vice president in the following election. Paid off pretty, pretty, pretty well for him.

- He married his cousin (once removed):

Not particularly unfamiliar in the history of American politics (FDR, Rudy Giuliani, John Quincy Adams' son), but still relatively Targaryen in nature and worth mentioning. What does once removed mean? Essentially that there is a generation between you and that person. So your first cousin once removed is either the child or parent of your first cousin. When talking marriage, it is generally the former of those two. MVB married his cousin and longtime (which is easy when you have known them for your entire life since you are related) muse Hannah Hoes (A+ name). She died of tuberculosis before he even became president and MVB never remarried. He is one of only four US Presidents to be elected while single, with James Buchanan who never married and John Tyler and Grover Cleveland who both married while in office.

- He got his ASS beat in his reelection bid:

During MVB's time in office, the "Panic of 1837", a colossal financial panic where the stock market crashed, occurred. This financial disaster is attributed as the reasoning behind him not getting reelected. William Henry Harrison (see you next Monday) threw his hat (whig? sorry) in the ring for a second time and used his momentum as a legendary war hero and the fact that the economy was in goddamn shambles to trounce him, electorally, 234-60, even carrying MVB's home state of New York. He joined John Adams and John Quincy Adams as the third ever one-term POTUS.

See you all next week. Throw up the eights today in honor. 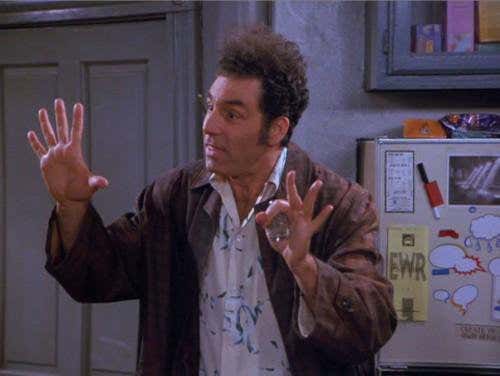