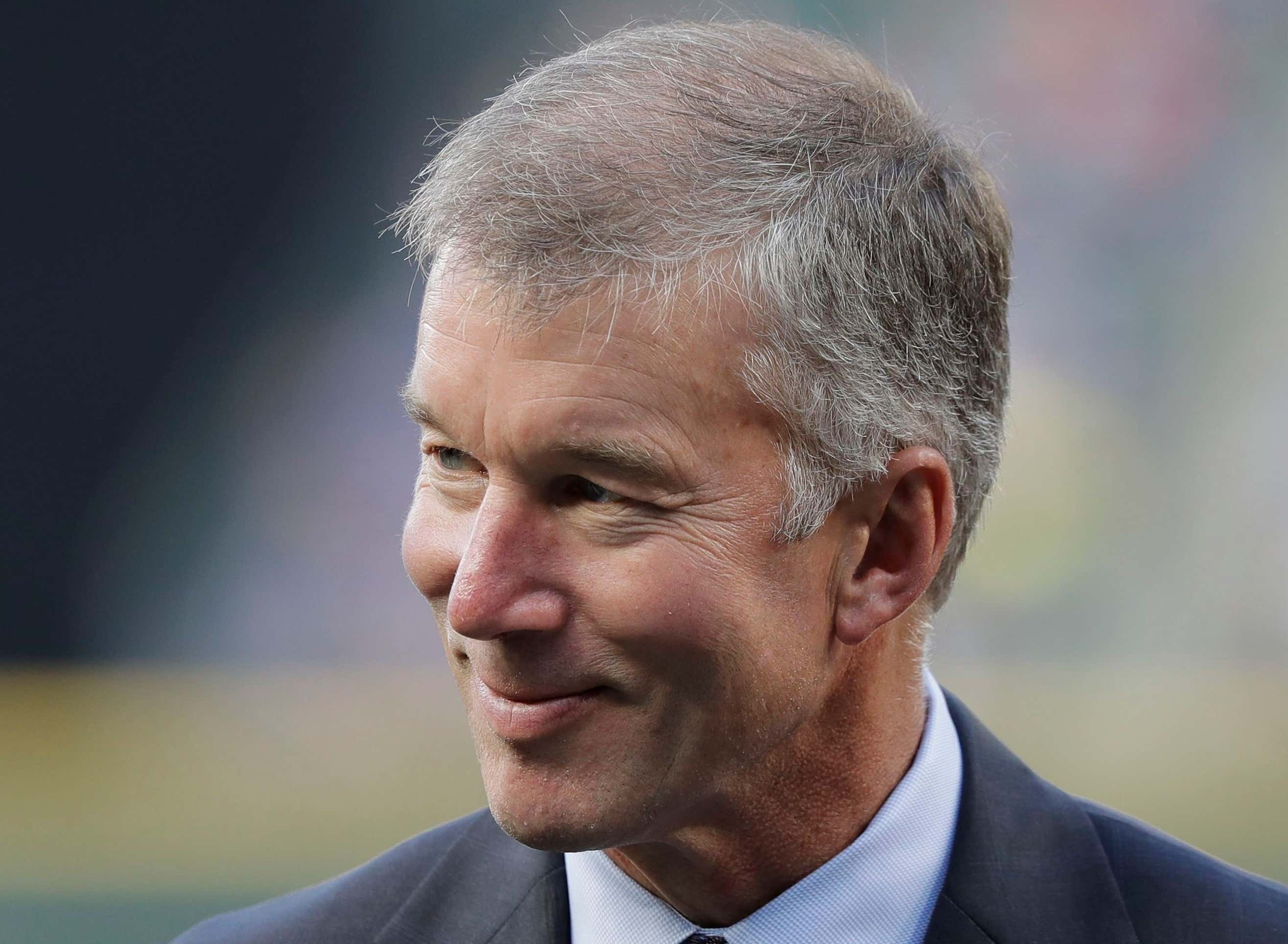 The CEO of the Seattle Mariners gave an extremely candid interview to the Bellevue Breakfast Rotary Club a few weeks ago and clips from that now deleted video have resurfaced. The public reveal here may very well lead to the resignation of M's CEO Kevin Mather. This guy is a giant asshole, no two ways about it. Some of the topics discussed in detail…admitting to messing with service time manipulation and preventing potential big leaguers from being called up so that the team can save money and control them for longer….insulting players who don't speak English and not wanting to pay for translators…being worried about the neighborhood around the ballpark…and basically bragging about underpaying players. None of it is a good look.

It's about as revealing and candid an interview can get and as a result Mather had it taken down off of YouTube so no one could see it. Unfortunately for him and the Mariners, that won't solve a damn thing. It's 2021 and people still think deleting shit off the internet is going to answer all your prayers. Idiots. Nick Francona was able to post the major highlights from the 40 minute video. Let's dive in.

Service time manipulation is no secret in Major League Baseball. It's easily one of the biggest issues in regards to the current CBA and it'll be a hot topic when negotiations take place in the offseason. The thing is no team's CEO is out here openly talking about robbing players of promotions, big league appearances, and getting their clocks started just to save the team money down the road. BAD. The Mariners have two big time prospects in Jarred Kelenic and Julio Rodriguez. Mather admits here that if basically the whole team got covid in 2020 nothing was going to force his hand to promote any of their young guys. Not because they weren't ready, but because that would hurt the team financially in a few years. Practically every team does this in some way, but no one admits it like this. Having your prized prospect Kelenic find out he won't make the opening day roster like this must be great for morale. Mather mentioned they recently offered Kelenic a 6 year deal with options and he turned him down. Don't blame him after what happened with Acuna and Albies. Well, because he rejected that deal he's likely going to find himself in the minors to begin the season. Again, nothing new in the baseball world aside from a team's CEO admitting it like this. Prospect manipulation is a big problem in the sport that needs fixing. Must be fun as a Mariners fan to hear the number 4 and 5 prospects in the entire game won't be up with the team in 2021.

Moving on to Mather insulting guys who don't speak English…

Not surprising based on the first clip in the blog, but Mather and the Mariners don't like paying translators. Total scumbag. If it costs money he wants nothing to do with it. You'd think an MLB team could afford translators right? $75,000 so your players feel comfortable speaking to the media where every single word can be and will be twisted against them. Nah fuck that, learn English says Mather! I mean what an asshole. Imagine being sent to another country to do your job and having to speak another language with no translator help? Oh yeah your company is valued at $1.6 billion too! What a joke. Not a good look at all. From all accounts Rodriguez, the number 4 prospect in all of baseball, has put in work with his English too. Not good enough according to the Mariners CEO.

Have to imagine he wasn't too pleased with those comments…

The Mariners CEO opened up about the current scene of MLB free agency and how there are 180 players without teams at the moment. He thinks Seattle is going to pounce on the market when these players get desperate with no contracts as spring training gets underway. Taijaun Walker is a guy he brings up. Well, Walker just got $23 million from the Mets so there goes that. James Paxton just signed with the Mariners for $8.5 million, which was in fact less than what the Yankees were paying him last season. This is an inside look at negotiations here, but I have to imagine Paxton won't like to hear his own CEO bragging about underpaying him.

He also said Kyle Seager is overpaid and that this is probably his last year in Seattle. You can imagine the Seagers didn't love hearing that.

Nothing like pissing off the veteran 3rd baseman who has spent all 10 years of his career with the team and is beloved by the fanbase! Well done Kevin Mather.

The Mariners faithful as well as players deserve so much better from their CEO. Wouldn't shock me in the slightest if this guy is gone in a few days. Can't be having this from the top of the organization. But don't worry, Mather had the video taken off YouTube so all is good!

Dude is everything wrong with the game. Kick him off the tour, Doug.

P.S. Looks like this was the guy who uncovered the video in the first place. Good on him.