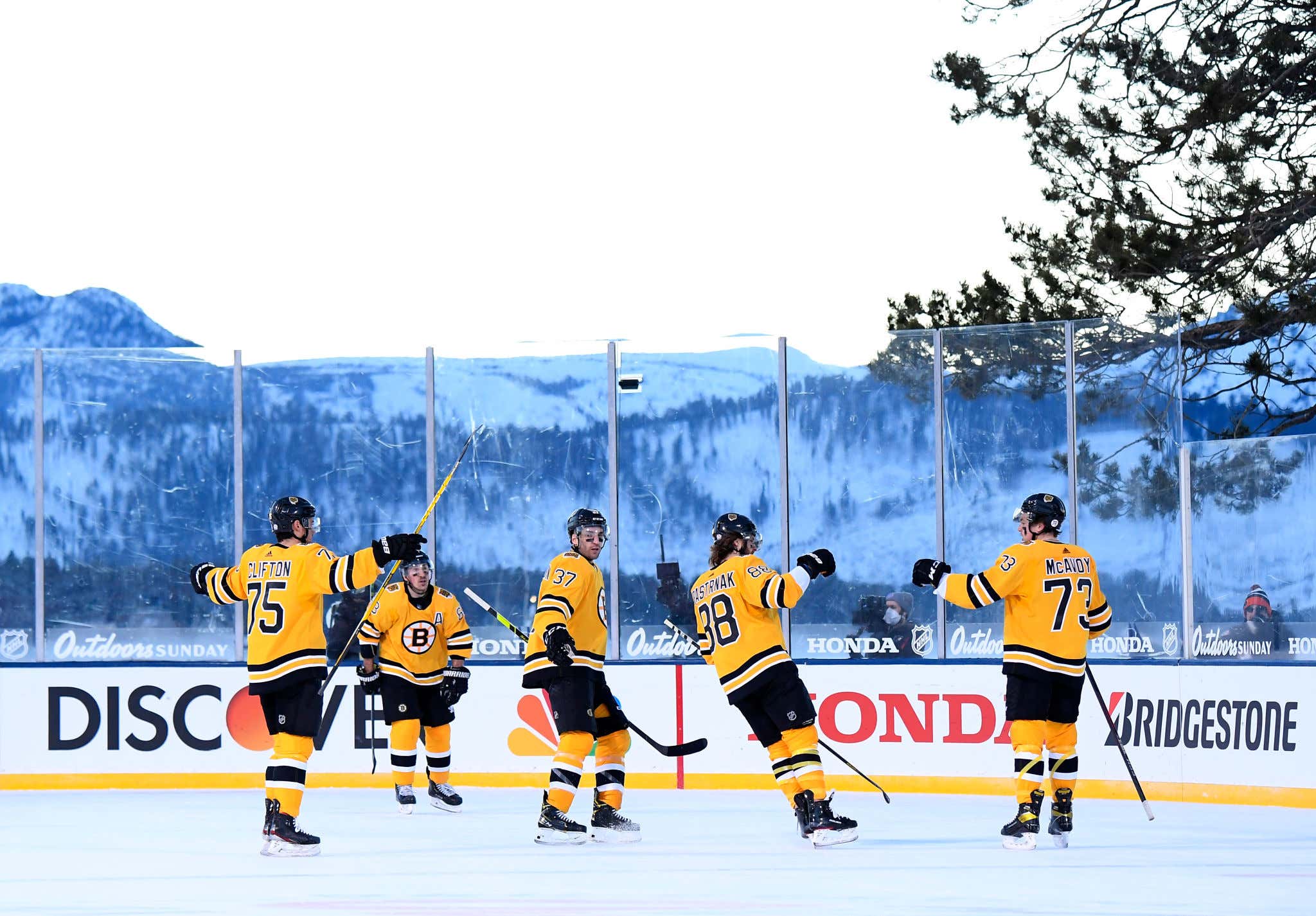 I knew it was over when they arrived to the rink in 90's drip, but the B's got the job done tonight by blowing out the Flyers 7-3 in Lake Tahoe. Kudos to the NHL for going the scenic route, the game looked great (after the sun went down). David Pastrnak with the hat trick and the Bruins are back in the win column after a 2 game skid. Let's get into it!

Literally 34 seconds into the game David Pastrnak made it 1-0. Great pass from Marchand on the odd man rush. 1-0 Bruins.

I mean are we surprised this man scored?

Joel Farabee tied the game 7 minutes later. Funny bounce off the boards and Farabee was all alone. 1-1.

With 5 to go, and an odd man situation for the Flyers with Couturier out of the box and he finishes the broken play for the Flyers. McAvoy had broken his stick in the O-zone and couldn't recover. 2-1 Flyers.

46 seconds into the 2nd David Pastrnak ripped his 2nd of the game and holy moly was it a beauty. 3-2 Bruins.

Charlie Coyle extended the Bruins lead to 4-2. Off Hart and in. Man did he need that. Good to see Coyle get on the board. 4-2 Bruins.

Nick Ritchie deflected John Moore's shot on the Power Play and the Bruins lead 6-2 after 2. 4 goal outburst for the B's in the 2nd with 3 goals in 1:39.

James van Riemsdyk records a PPG in the 3rd to cut the Bruins lead to 3. Tough bounce off Vaakanainen. 6-3 Bruins. 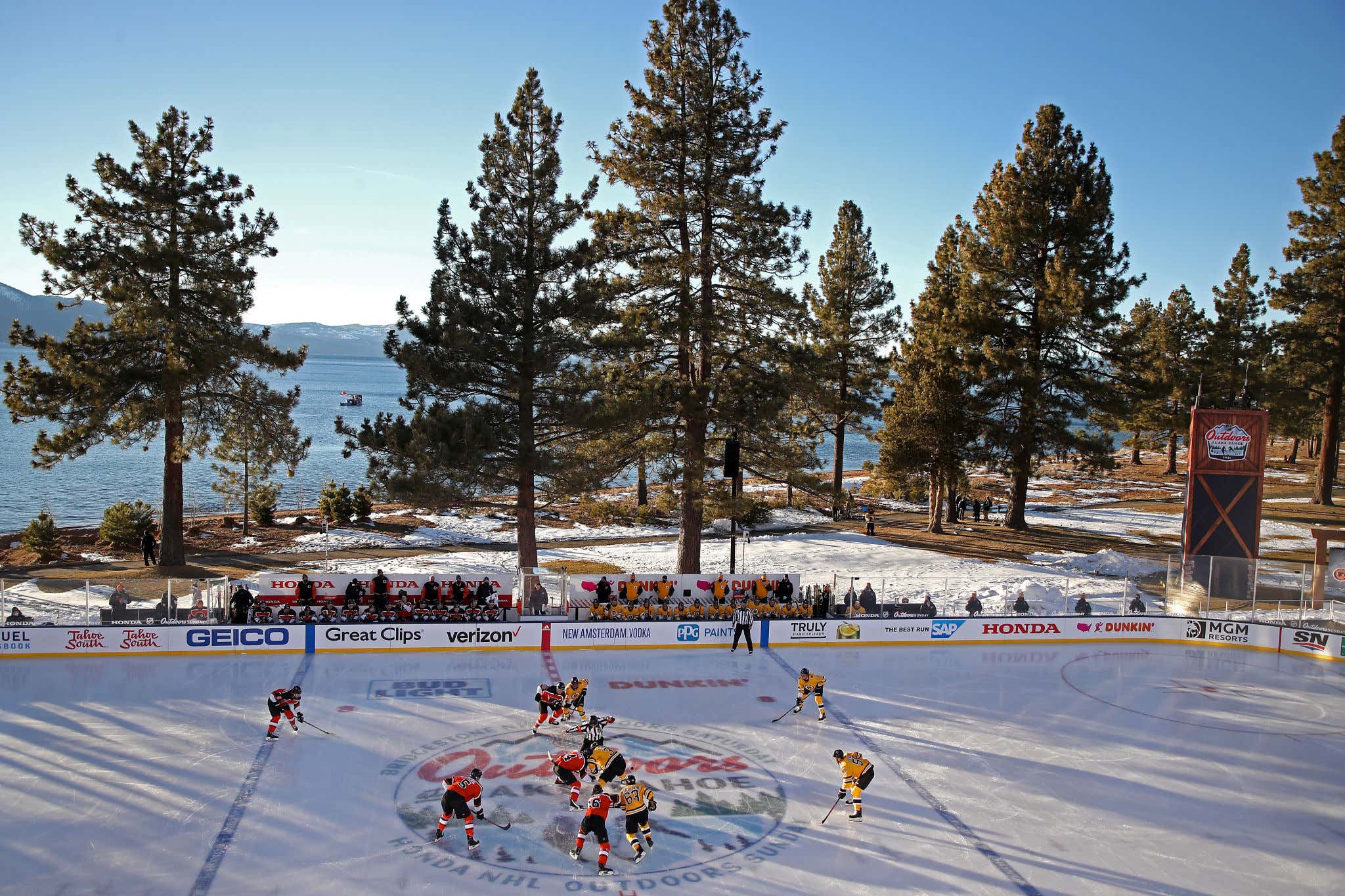 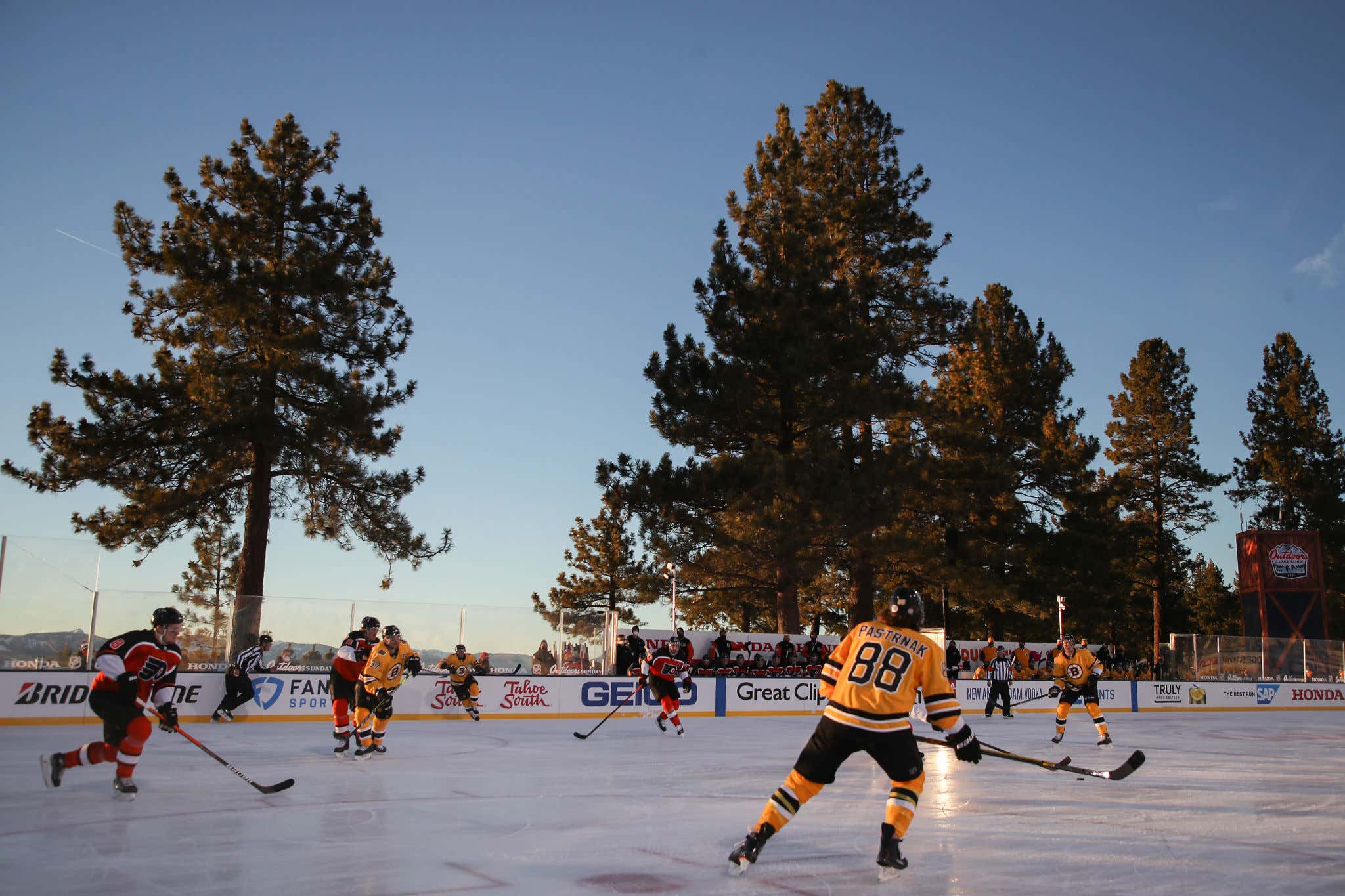 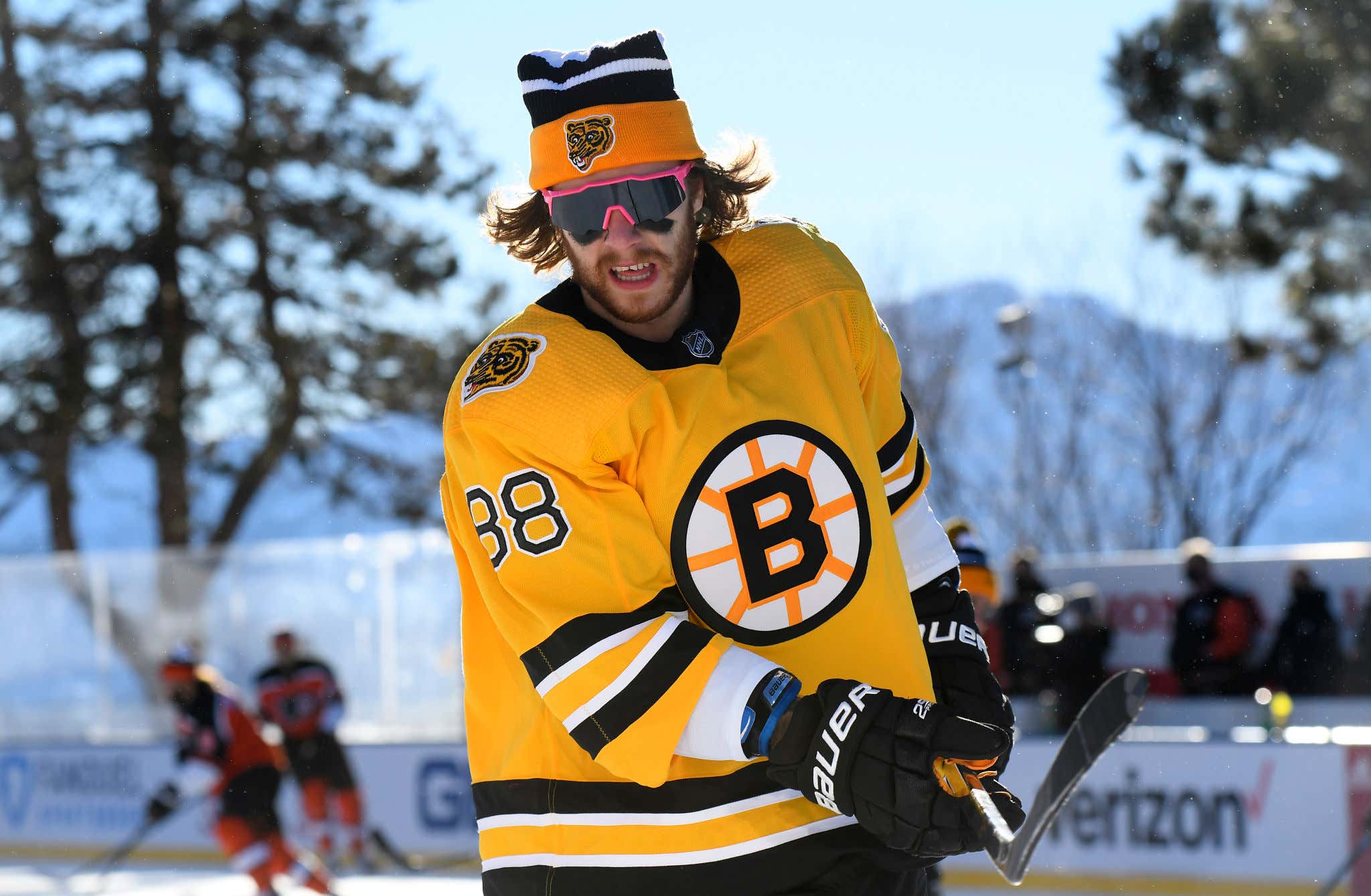 - David Krejci was injured last Thursday vs. NJD and did not make the trip to Tahoe. Jack Studnicka slid into the lineup as 3C with Coyle moving up. Kevan Miller also did not make the trip, Urho Vaakanainen slotted in, made his season debut (and recorded his 1st NHL point!). Thought Vaak was outstanding tonight, he looked really really good.

- Brandon Carlo rocked the A in his place.

- Tons of Flyers on the COVID list that didn't make the trip, Giroux, Konency, Voracek etc. So theoretically the Bruins SHOULD win on paper but it was good to see lots of guys factoring in tonight after 2 duds against the Islanders and the Devils.

- 4 goals in 2 games for David Pastrnak who opened the scoring 34 seconds into the game, and then 46 seconds into the 2nd period and then capped off the hat trick in the 3rd. With Krejci out the top line was reunited. Good stuff from 88 tonight who now has 9 goals in 9 games.

- Patrice Bergeron has tied Bobby Orr for 5th in points (888) with his apple on Pasta's 1st period goal.

- It did not get any easier for the Bruins as they lost Jeremy Lauzon to an upper body injury in the 1st period. But I thought Clifton and Vaakanainen played great.

- 200th career NHL game for Charlie McAvoy. Nice goal. What a fucking backdrop this was.

- Congrats to Trent Frederic on recording his 1st NHL goal. What a place for your first.

- Loved seeing Charlie Coyle get on the board, he needed that. His 3rd of the season, hopefully this gets him going. Oh and his line mate Craig Smith had 2 assists tonight. He's been a terrific pick up in free agency.

Overall great vibes and a great bounce back win after 2 losses. B's are back Thursday as they head back to Long Island to face the Islanders who have been a thorn in their side all season.