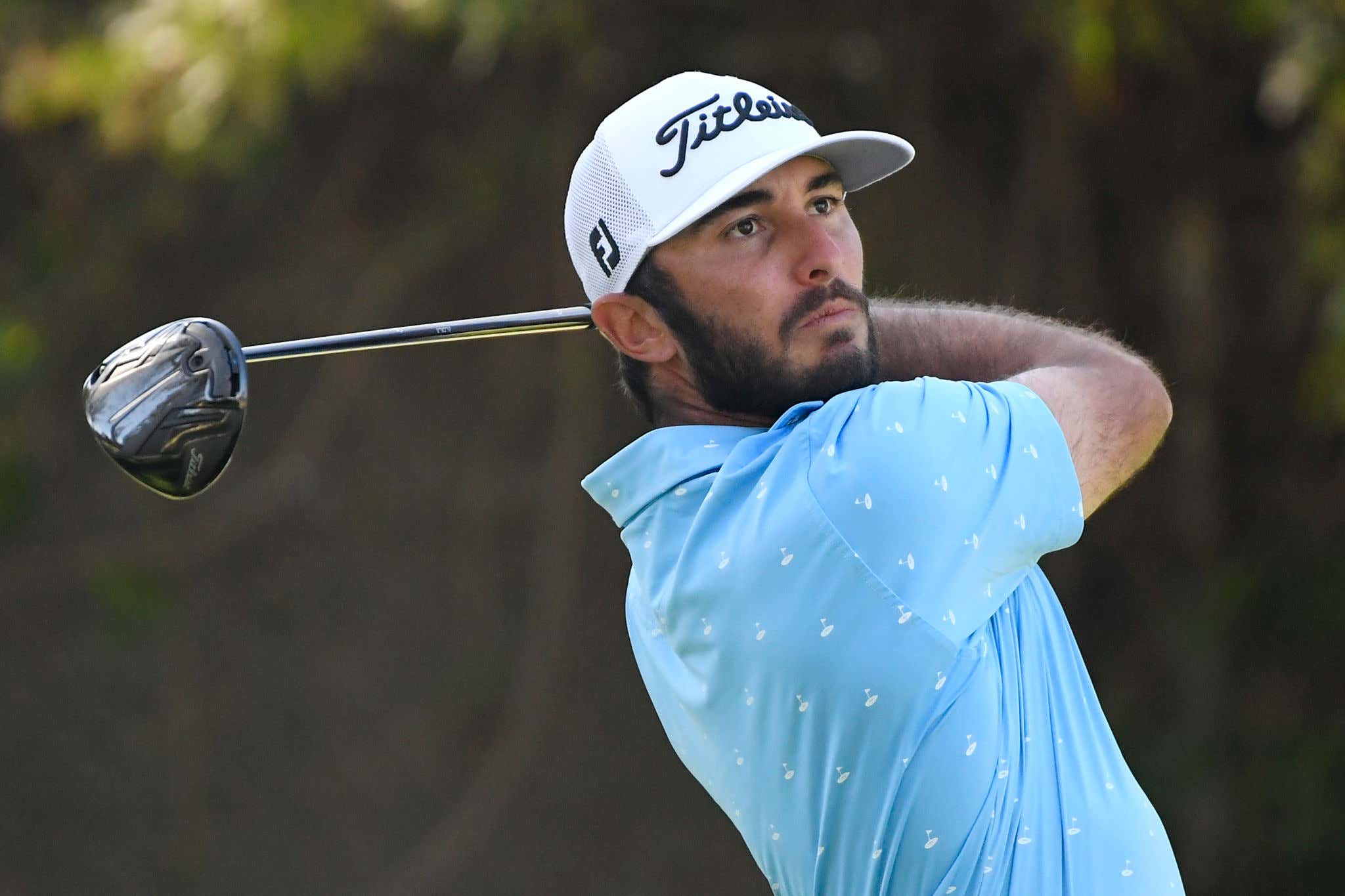 What a freaking golf tournament. An absolute roller coaster of a Sunday, through and through. Sam Burns came into the final round clinging to a 2-shot lead over Max Homa and others. Tony Finau came from 4 back and shot an absolutely gorgeous 64 to tie Burns' Thursday 64 for low round of the week. That staked him to the co-lead in the clubhouse with Homa needing on 18 with an opportunity to win the tournament with a birdie.

It sure as hell looked like Homa had stolen the tournament out from under Finau with an absolute dart into a tough back right pin position.

Suddenly there was life for Finau. It really felt like the tide was turning for Tony, especially when Homa hooked his tee shot on the 1st playoff hole right next to the trunk of a tree on the tricky 10th. Then Homa pulled a pitch out of his ass to about 10 feet to position him for the 2-putt par.

Finau then had the opportunity to win it with a 10 foot slider, which he left just below the hole.

On to the 2nd playoff hole we went, where Tony pulled his tee shot into the bunker and Homa hit his tee shot to about 12 feet. Homa 2-putted for another par, and Tony splashed his out just inside Homa's ball and needed to make the par putt to extend the playoff.

This is Max Homa's 2nd PGA Tour win, as he won the 2019 Wells Fargo at Quail Hollow, another one of the Tour's most historic stops. This one holds significance for Homa because he grew up in the LA area and considers this one of his favorite courses. CBS could not WAIT to mention every chance they got to mention that he's been coming to this tournament since he was 2 years old.

I was surprised to see that Homa came into this tournament ranked 91st in the world because it seems like he's been on a lot of leaderboards recently. He's made the cut all 5 weeks during the California swing, including a T-7 last week at Pebble Beach where he made highlights with a gorgeous swooping hook into the 18th green on Sunday. He came into the week playing great golf and knows this course incredibly well, so it shouldn't be a surprise to anyone that he contended here and got the job done. Only Tony Finau's 64 was better on Sunday.

With that said, you have to feel incredibly sick for Tony. What a ride he went on where it looked like this tournament was his, then suddenly it wasn't, and then it was again, only for him to come up a hair short. He's had so many close calls over the last 5 years and this is probably the most painful given that he played so great today. He's well regarded for being a birdie-maker and he went out and made 8 of them today. So much has been made about his shortcomings on Sundays when he has the lead, and today he came into the day on the fringes of contention 4 shots back. He needed to go out and make a move and he did exactly that and then some. In a lot of ways this is great progress for him, but at this point he should probably have a handful of wins to his name and the only one he has barely even counts. It was an alternate field event where the 64 best players were playing the WGC Match Play. It's hard to think he won't break through at some point and the floodgates will open but damn… it feels like he's cursed at this point. His last 3 starts worldwide were all 2nd place finishes, and he now has an even TEN runner-up finishes since that one win. It's CRAZY.

Regardless, you have to give a ton of credit to Max Homa. He struck the ball beautifully today and ending the tournament with that birdie on 18 would have been far more fitting. He's an incredibly popular dude given his twitter persona and PMT appearances, and this is another notch in the belt of a promising young player.

That's a wrap for the California swing. Riviera is always a treat and it delivered in a big way today. Mad props to Max Homa and we'll see ya in Florida for the WGC next week.