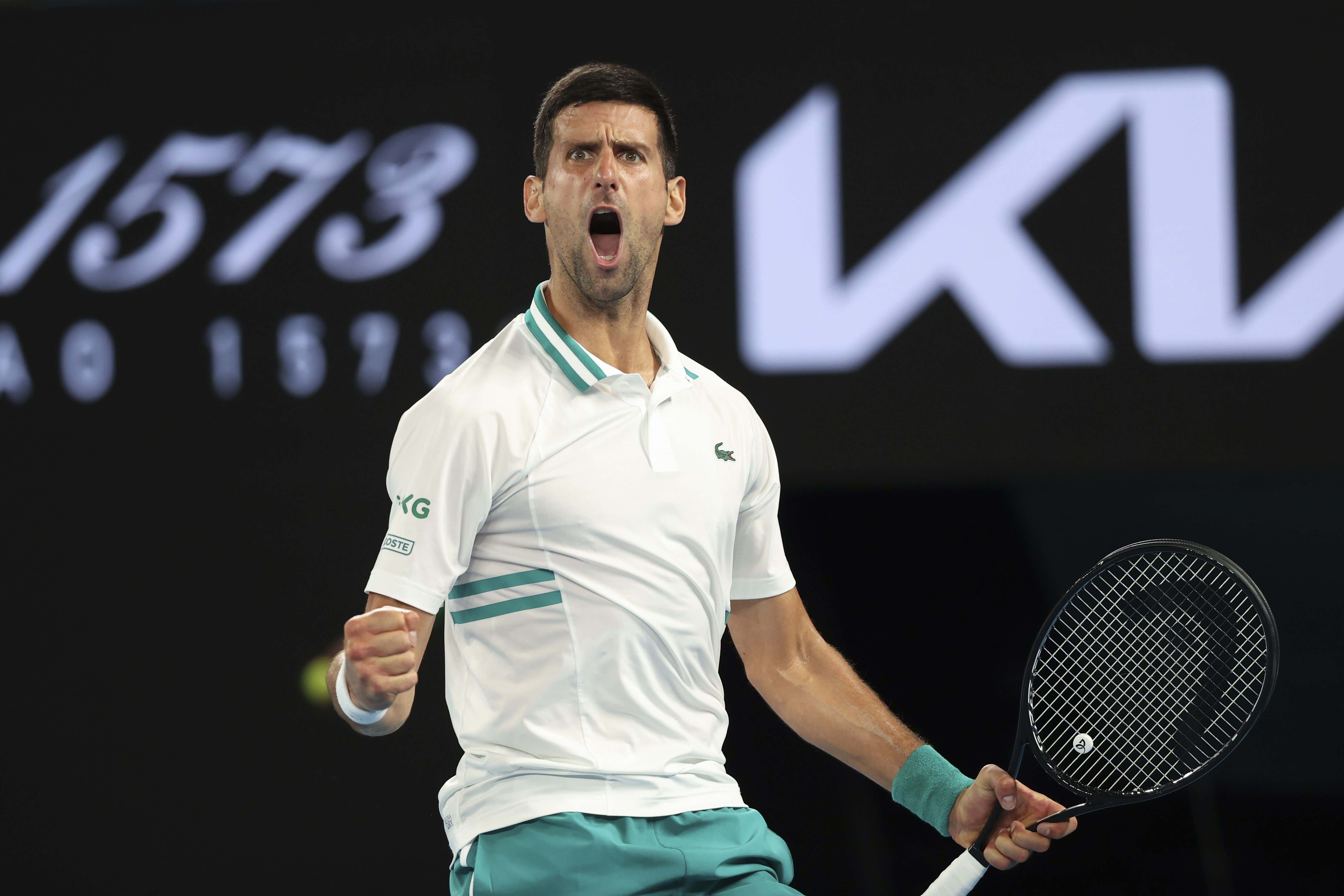 You know that Novak Djokovic fella is pretty good at this tennis thing huh? I can't stand the guy, but the level of tennis he brings along with his mental game is absolutely ridiculous. Dude is a human back stop and when he's serving like he did all tournament with over 100 aces then he's just unplayable. He takes it all to another level in Australia, now a perfect 9-0 in Aussie Open finals. It's not Rafa on clay, but it's getting pretty damn close. You need to play so close to perfect to take him down there, and Daniil Medvedev didn't come close to that.

The first set in today's finals was as competitive and entertaining as you can ask for.

The rallies were insane and gave off a vibe that we were in for an epic thriller. It seemed like Djokovic had finally met his match. The long rallies that he normally dominates, he was losing. Medvedev was serving great and settled in nicely after shaking off a rocky start. Unfortunately on the business end of that set Medvedev slipped up and practically handed the match to Novak, getting broken in the 12th game. The Russian missed some first serves and caught an unfortunate netcord that did him in. From there on the Serbian put the pedal to the medal and stomped on the Med.

That 20 match win streak confidence that Med had entering this one was all but gone. It was just an absolute shit pumping by Djokovic from the 2nd set on. He pounced on Daniil's weak second serve and never stopped. Anytime he wanted to bring the match to the net he dominated. Djokovic had a clear game plan in how to win this match. Medvedev seemed like he planned on winging it. Yeah, that's not how you're going to beat one of the all-time greats. There were moments where Medvedev had chances to make it real interesting, but that's when Novak's mental edge took over and limited the chaos. Medvedev broke Novak to start the 2nd set, but Novak came right back in the next game to get back to level. Eventually he took it out on the racket. He was checked out mentally.

Listen man, I was wrong. I thought Medvedev was ready. I also mistakenly believed Djokovic was actually hurt going into this and thought that was why the line was so low. Nah, Novak played us. No chance that guy has a torn muscle in his side. No way. Fuckin a. To think he was that close to being knocked out by Taylor Fritz a few rounds ago and now looking like this. Sigh.

Medvedev is awesome, but he's not ready to dethrone Novak Djokovic yet. Only one man can do that and he returns in a few weeks…

Appreciate everyone who read the late night blogs all tournament. Time to catch up on some sleep.

P.S. Shout out to the Aussie Open for putting this tournament together with fans for most of the matches. It was a nice sight to see. Fans just make everything better.