My goodness Naomi Osaka. First you beat poor Jenny Brady in the Aussie Open finals, but did you really have to stomp on her grave like that sheeeeesh! That was RUTHLESS. I love Osaka and am super excited she's going to be leading the women's side of the sport for the future, but GOD DAMN.

I don't know about you, but if I'm Brady and I lose in the finals the LAST thing I want to happen to me is get asked a question by the champion in her victory speech. I know you're being polite, but just get this over with and let me get the hell outta there. On top of that I mean she clearly says Jenny. You can pick it up on the TV it's SO clear. To go ahead and ask but then call her Jennifer was diabolical. It was like 5am when this was happening and I remember sitting in bed and pausing for a second thinking she said the wrong name, but going to sleep soon after assuming I was just hearing things. Nope.

It begs the question, is Osaka low key the biggest villain in all of sports? Have we been hoodwinked all this time by the nice act? Her Twitter bio does say "chaotic neutral" and her header is a Kobe pic. Fuck, maybe this was on purpose. Going with a subtle 'Jennifer' there was a Kobe-esque move that would have made the Mamba proud. Alpha shit.

Just look at Brady's face when she says Jennifer. 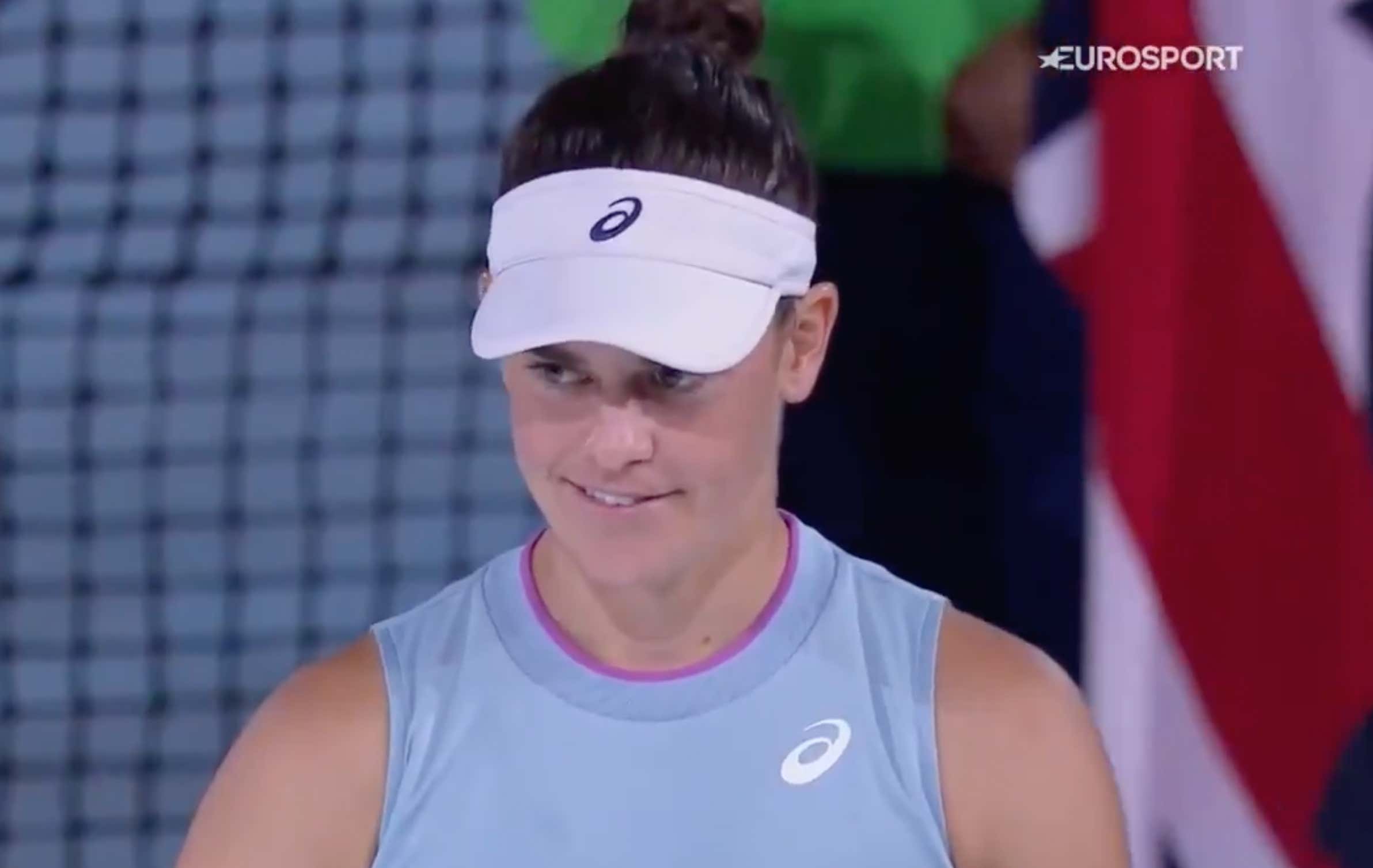 You know in movies when they do a dream sequence cutaway and someone just beats the crap outta the other person only to snap back to reality where they're just sitting their peacefully. I imagine that was racing through Brady's head right here in the moment.

I wouldn't be shocked if Brady uses that exact moment as fuel to become the best tennis player in the world. Just in gym grinding and repeating to herself, "she really called me Jennifer." It would never stop irking me. Love you Osaka, but this was cold. You may have just awoken a monster in Jenny "Jennifer" Brady.