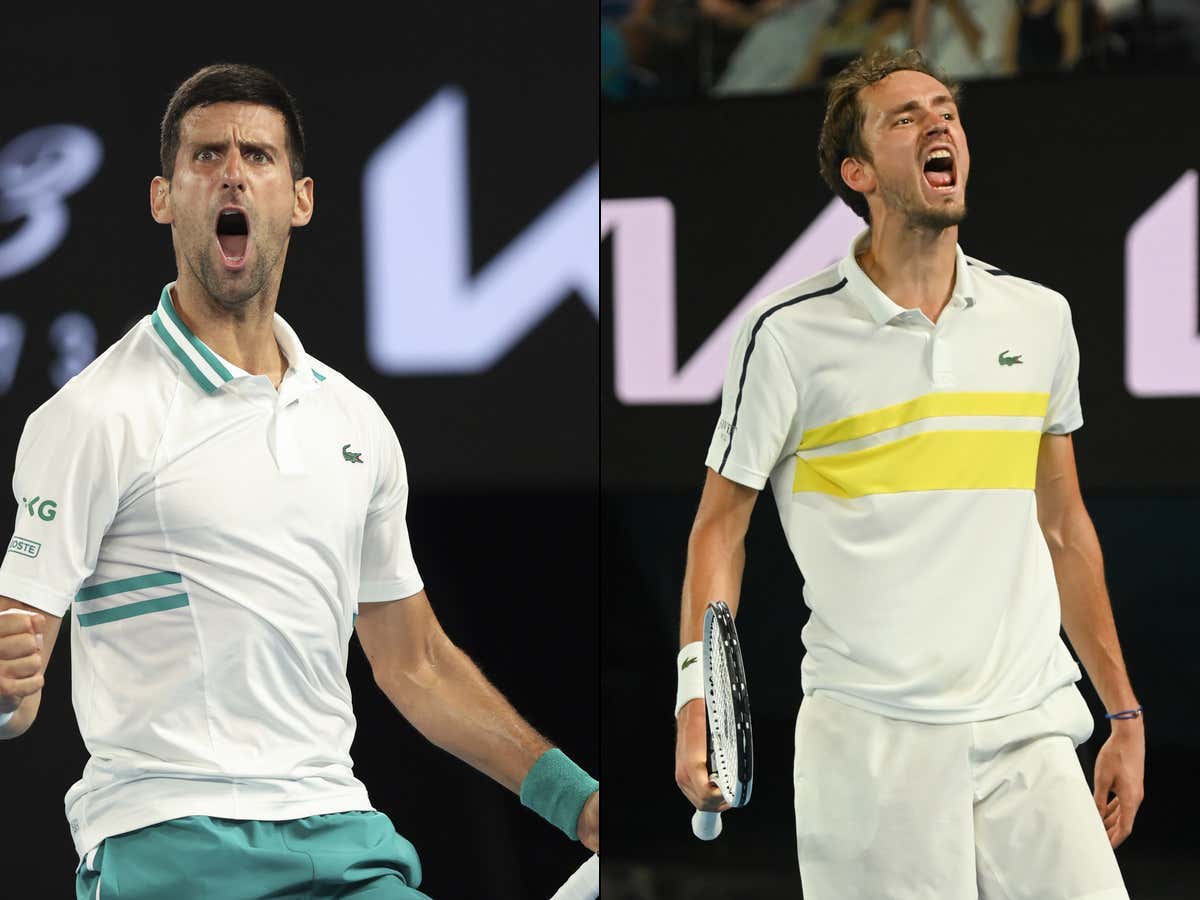 Early this morning Danill Medvedev took care of his Greek rival Stefanos Tsitsipas in the semifinals of the Australian Open. In their history Danill has always had the upper hand, but some thought that would change with Stefanos in better form and the stakes at their highest. It didn't. The Russian smoked the guy he dubbed 'A Small Kid That Doesn’t Know How To Fight' and cruised to the finals where who but Novak Djokovic awaits. Some of the shots he hit in this W were simply incredible.

This final has me legit giddy. It's Friday afternoon and I just want to fast forward to Sunday 3:30am already. Yes, I'm sick in the head, but this is the perfect matchup for the final.

Danill Medvedev has risen to superstar status in the tennis world. If he wins on Sunday morning he will achieve the world number 2 ranking in the world, thus disrupting the order that has been held by the titans of the sport for a long time now. Medvedev enters the final on a TWENTY (20) match winning streak. The man hasn't lost since last October and has never looked better. As good as he is, what is the one thing he's yet to capture in his young career? A grand slam title. In 2019 he fell to Rafa Nadal at the US Open championshp in a five set thriller. This will be his second attempt at a grand slam final and it's going to take everything to win. Why? Novak Djokovic is 8-0 at Australian Open finals. He's a fucking maniac. This is his favorite place to play in the world. He's never lost a championship match here. Well, I think it's time.

Despite being hampered by this mysterious side injury a few rounds ago, Novak has seemingly gotten past it whether it be by luck, his pseudoscience witchdoctorery, or severe painkillers. Whatever it is or was, his last two matches have shown us the Novak of old. His movement is there and his power is right where it has to be. Djokovic has over 100 aces in the tournament which is a number you don't see him ever reach. Maybe that's an effort to hit his spots even more and limit long rallies to counter his injury, or he's just feeling himself. Regardless, he looks good.

That being said. Medvedev is winning the Australian Open on Sunday morning. He has everything going for him in terms of his game. Djokovic is the best returner ever, but I think Medvedev is make the Serbian's life a living hell. Maybe he exposes that side injury of Novak's by making him run non-stop. Karatsev certainly wasn't capable of doing that and you can never really trust Zverev to do anything in a big moment. I like Medvedev's chances to answer the bell.

The thing I like the most about Medvedev is that he embraces being the villain. That semifinal match this morning saw the crowd 90/10 in favor of Tsitsipas. Medvedev fed off that and used it to fuel his fire. Djokovic loves to do the same and it's part of why he's become one of the greats. Medvedev also isn't afraid to drop quotes like the one right below and play mind games.

"I don't have a lot of pressure because he never lost in 8 times that he was in the final. It's him who has all the pressure, getting to Roger, Rafa, in the Grand Slams, so … For sure he has more experience, but more things to lose."

I like a man who talks with no fear. He knows exactly what he's doing with that quote. Djokovic is going to have the crowd on Sunday morning I expect and Medvedev will embrace it. I LOVE the line for the Russian. Every schmo in the world will see Novak at only -113 in a grand slam final and take it without a second thought. Might have to make a trip to Philly real quick and drop some coin on Medvedev via the Barstool Sportsbook, responsibly of course. 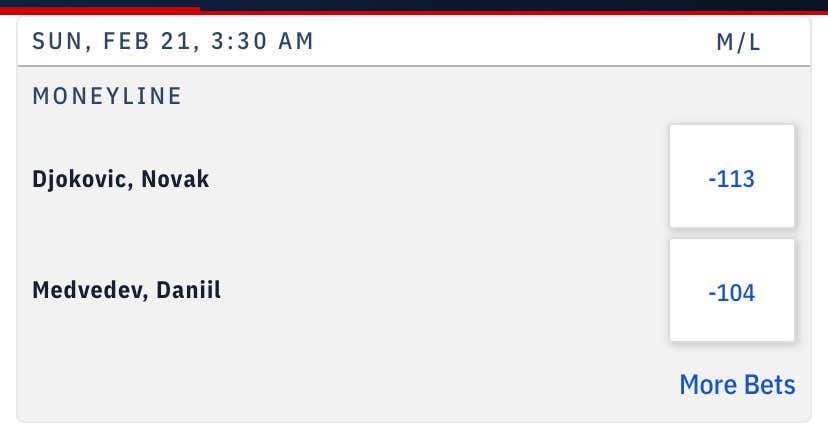 3:30 AM Sunday morning. See ya there. Cheers

P.S. Osaka is -500 tonight. I'm not going to suggest you to take her because what good is that? She's going to win, it's just a matter of if Jenny Brady takes a set. I like Osaka -162 to win in straights if you're sitting at home late at night in Pennsylvania or Michigan and the match pops on.