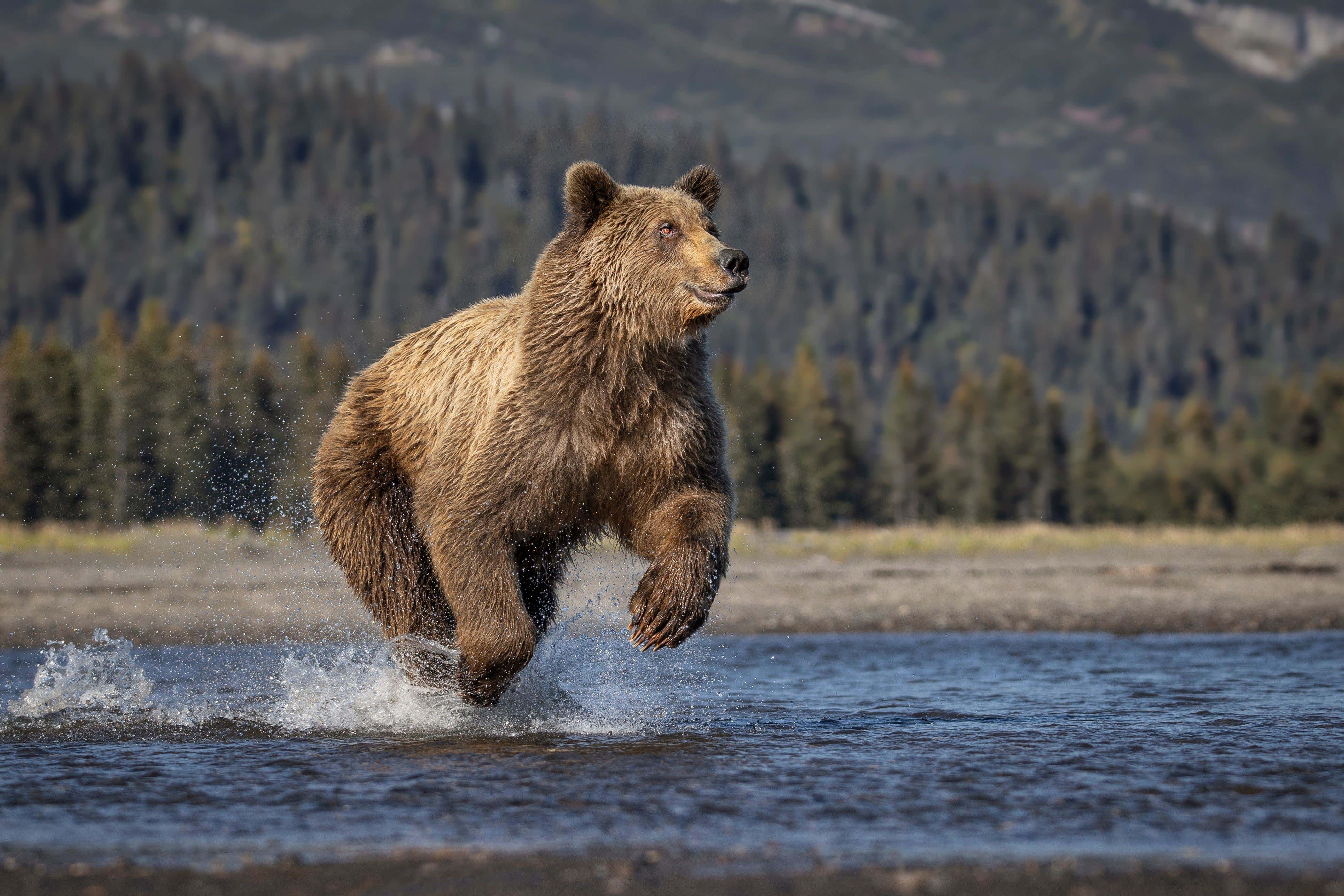 Back in Barstool's print edition days, I wrote about a buddy trip to Alaska with my two local brothers to go visit our other brother, who lives with his family in Juneau. The upshot was I quickly realized how, no matter how tough you think you are (and I don't consider myself even a little tough), if you're from anywhere in the lower 48, you are not Alaska tough. No one says anything, but you know they look at you the way in every cowboy movie looks at the fancypants city guy from back East in the suit with a derby on his head.

We were staying in a cabin up on an inlet in the middle of nowhere and met the couple who lives nearby. They were looking for their dog, who has a tendency to go after bears and hadn't been seen in a while. The wife explained that they have a subsistence license so they can legally hunt bear and moose for their meat. Which she cans herself to feed her family. As she was explaining this, it hit me that I must be the softest man she'd ever met in her life. Don't get me wrong; she was really nice. But I might as well have been wearing a feather boa. I must have come across like Elton John in concert. I couldn't begin to imagine explaining my lifestyle to her, like me being all excited about the kitchen organizers I just bought at Bed, Bath & Beyond.

I've never forgotten meeting them. Especially not after reading this:

WGNTV - An Alaska woman had the scare of a lifetime when using an outhouse in the backcountry and she was attacked by a bear, from below.

“I got out there and sat down on the toilet and immediately something bit my butt right as I sat down,” Shannon Stevens told The Associated Press on Thursday. “I jumped up and I screamed when it happened.”

Stevens, her brother Erik and his girlfriend had taken snowmobiles into the wilderness Feb. 13 to stay at his yurt, located about 20 miles northwest of Haines, in southeast Alaska.

Her brother heard the screaming and went out to the outhouse, about 150 feet (45.72 meters) away from the yurt. There, he found Shannon tending to her wound. They at first thought she had been bitten by a squirrel or a mink, or something small. …

“I opened the toilet seat and there’s just a bear face just right there at the level of the toilet seat, just looking right back up through the hole, right at me,” [Erik] said. …

Once safely back inside, they treated Shannon with a first aid kit. They determined it wasn’t that serious, but they would head to Haines if it worsened.

“It was bleeding, but it wasn’t super bad,” Shannon said.

The next morning, they found bear tracks all over the property, but the bear had left the area. “You could see them across the snow, coming up to the side of the outhouse,” she said.

They figure the bear got inside the outhouse through an opening at the bottom of the back door.

“I expect it’s probably not that bad of a little den in the winter,” Shannon said.

Yeah, Shannon. No big deal. Just sitting down to take the Browns to the Super Bowl in a remote wooden box in the middle of the wilderness and getting your ass bitten by an apex predator five times your size. No reason to make a big stink about it. Shake it off. Rub some dirt on it. Get back in the game.

My Alaska trip was my last time in a real outhouse, meaning not a plastic box filled with blue liquid in a stadium parking lot. And I took pictures, because I'm not going back. I remember the biggest worries were the cold (even in summer), the fact I was going No. 2 in a giant hole filthy hole in the ground, and spiders. A bear attacking me from the Black Hole of Poopcutta would've been the death of me. I'd not only never go back to Alaska, I'd never go to the bathroom again. Shannon was barely phased. Remember her and recognize what a puss you are the next time you're freaking out because there's still paper in the water or drops on the seat from the last guy. You may be tough, but you're not Shannon Stevens tough.