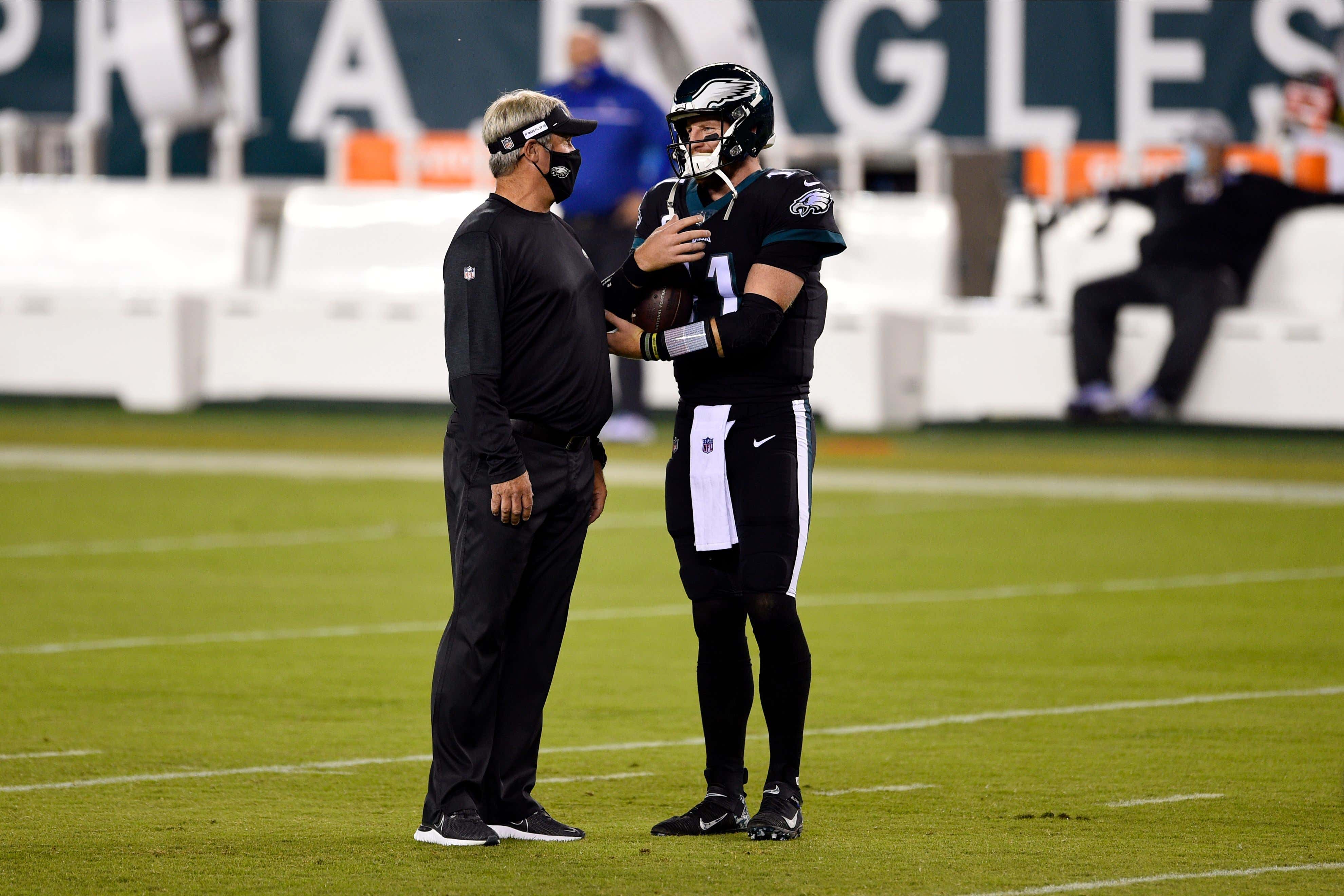 YAHOO - During an appearance on Philadelphia's 97.5 The Fanatic, ESPN's Adam Schefter dropped a bonkers tidbit out of nowhere. While he was listing the sheer number of things that had gone wrong for the Eagles last year, Schefter revealed that Wentz and former head coach Doug Pederson didn't speak to each other for over half the season.

You wanna hear something fucked up? Like, REALLY fucked up? How about the franchise quarterback who just signed a contract over $130+ MILLION with $70 MILLION guaranteed and his offensive minded NFL HEAD COACH who CALLED THE PLAYS not speaking during most of the regular season. Did you hear what I said?

Try to think about that. Seriously. Try and comprehend how that can possibly happen. NFL big business and the fuck-you money aside, could you imagine ANY profession where this outrageous pettiness would be tolerated from all parties involved? How did nobody step in and be like - YO - this is MESSED UP. Maybe a player to Wentz or Howie to Doug or, even better, Jeffrey Lurie to everyone?

I know we give Howie Roseman a lot of shit, and rightfully so. He's still primarily responsible for this abortion of a dumpster fire that is the 2021 Philadelphia Eagles. But there's a lot of blame to go around, especially from this report which is quite frankly unbelievable. It's embarrassing on so many levels and, honestly, Jeffrey Lurie should be most ashamed that stuff like this isn't that surprising.