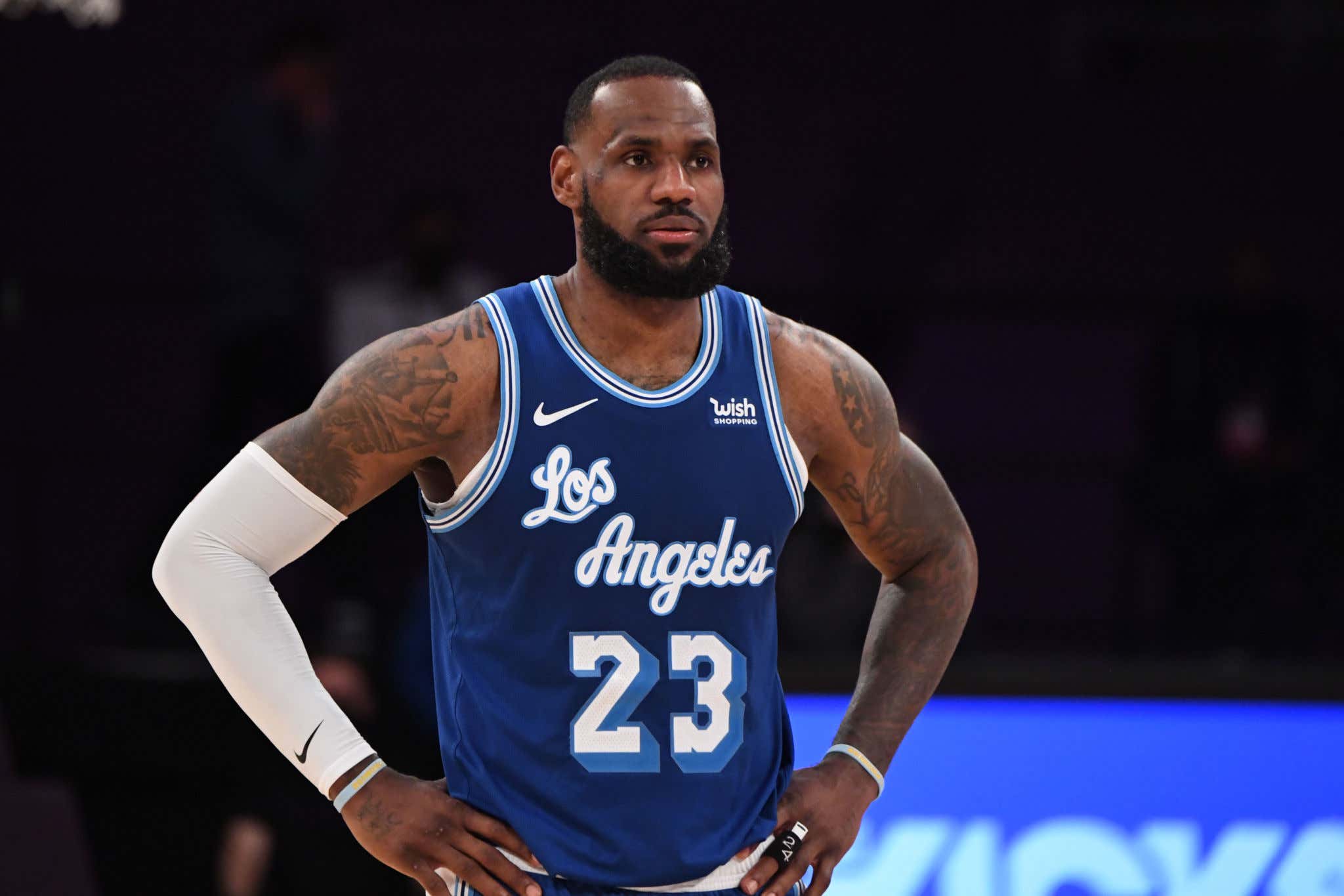 If you've been reading my blogs over the last 5 years, you know I'm a sucker for witnessing NBA history. I love it, can't get enough of it. Whether it's Steph doing something ridiculous, Luka matching some Big O shit, you name it if there's NBA history to be made then I'm all in. That's even true when it comes to LeBron James.

he joined some pretty rare air. LeBron was already 3rd all time in scoring, but getting to 35,00 points is a pretty big deal. The Lakers lost which is more important obviously, but I don't think we should just gloss over what an accomplishment this is. Allow me to put it into a little perspective.

You could make the case that there is only one current player that could even come close to fucking with that number. Carmelo Anthony, a player who has been in the league for the same amount of time and one of the best individual scorers in league history only has 26,806 points. He's not scoring another 9,000 before he hangs them up. Kevin Durant is maybe the best scorer of his era, and at 32 years old he's only at 23,491. The most he's ever scored in a regular season is 2,593 points when he was 25 years old. Let's say he plays another 6 seasons until he's 38. Why not? He needs just under 2,000 points a season for the next 6 years. That's probably the best chance and even that is probably a stretch, especially since he's not going to be playing all 82 games from here on out.

James Harden, maybe you've heard of him, is 31 with 21,572 points. You think he has another 14,000 points left in his career? Not if he stays in Brooklyn for the rest of it where all three of those guys are sharing the scoring load. We're not going to see that same consistent scoring run he had in Houston because they play a different style.

Even someone like Giannis, who is already 26, has 11,386 points. He's durable as shit so maybe he has the chance to play 17 years just like LeBron. Well, he's only scored more than 2,000 points once so far in his career. To put that in perspective, LeBron has done it 10 times in 18 years, including 9 times in 10 years from 2004-2014. By the time LeBron was 26, he had a total of 17,362 points. That's basically three seasons worth of Giannis' best season ever, and this is a man that routinely has games where he scores more points than minutes played.

You might think a young star putting up nearly 30 a night like Luka might have a legit shot. He's already at 4,070 points at age 21 right? Then you look it up and realize LeBron had 6,307 in his first three years (19-21). So not only does Luka have to pick up his overall point total, he then needs to do it consistently for the next 15+ years.

To me that's what stands out about getting to the 35,000 number. Consistency. You look at those two guys ahead of LeBron and they are two of the most consistent scorers the league has ever seen. They dominated well into their late 30s, just like LeBron is currently doing. It wouldn't shock me if by the end of his run we see LeBron pass Kareem. Does he look like he's slowing down to anyone? He's playing every damn game, he's never had a season under 25ppg at any point in his career after his rookie season, and let's say he finishes with around 1700 points this year (had 1,698 in 67 games last year), that will put him at 35,941. He'll be just 2,446 behind Kareem at that point. To be conservative, let's call that two more seasons. Do we think LeBron is going to stop being LeBron in two years? No chance.

I know for the most part, we all hate LeBron because he doesn't play on our favorite team and he can be insufferable at times. But when you remember that this dude was called The Chosen One at 18 years old and then backed that up by most likely scoring the most points in NBA history while winning at least 4 rings and 4 MVPs, it's important to take a step back and appreciate what you are witnessing from a basketball perspective. You can argue who the GOAT is on your own time, but there's no denying we are watching something that we might never see again in the history of the sport.