This week on I Want You Inside Me, I finally sampled a Mexican dish that has been insanely popular on social media for over a year... Birria Tacos. 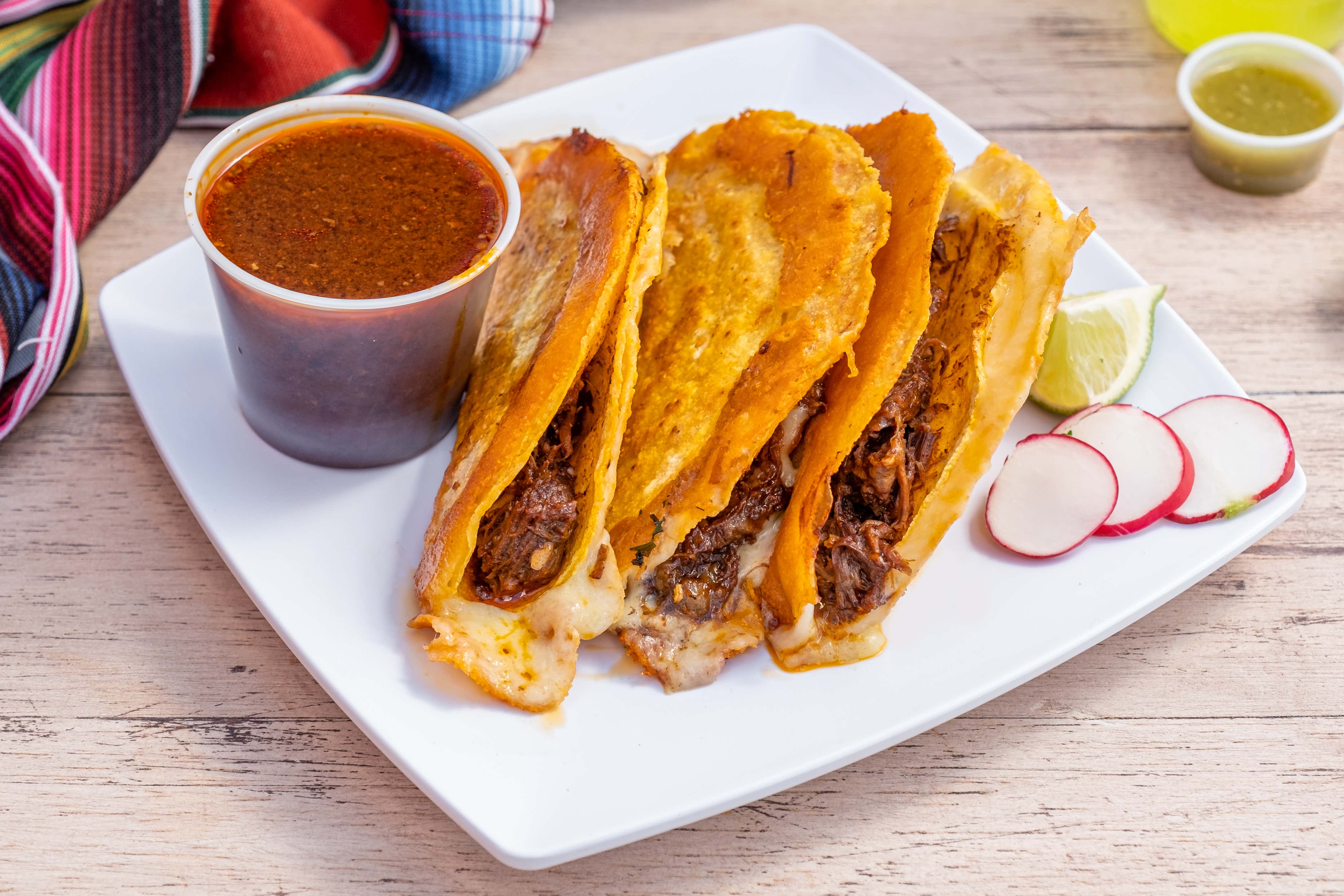 What is birria?… It is a brothy stew popular in Jalisco, Mexico that is traditionally sipped as a cure for hangovers.  It is usually made with goat meat, lamb, or mutton, but the bastardized American version is typically made with beef (although tradition holds that it is never made with pork).

The word "birria" literally means "savory" and that is exactly what this restorative stew is… A pot filled with birria looks like a deep red consomme mixed with chilis and tomato with an orangy layer of oily fat floating around the top of the pot. 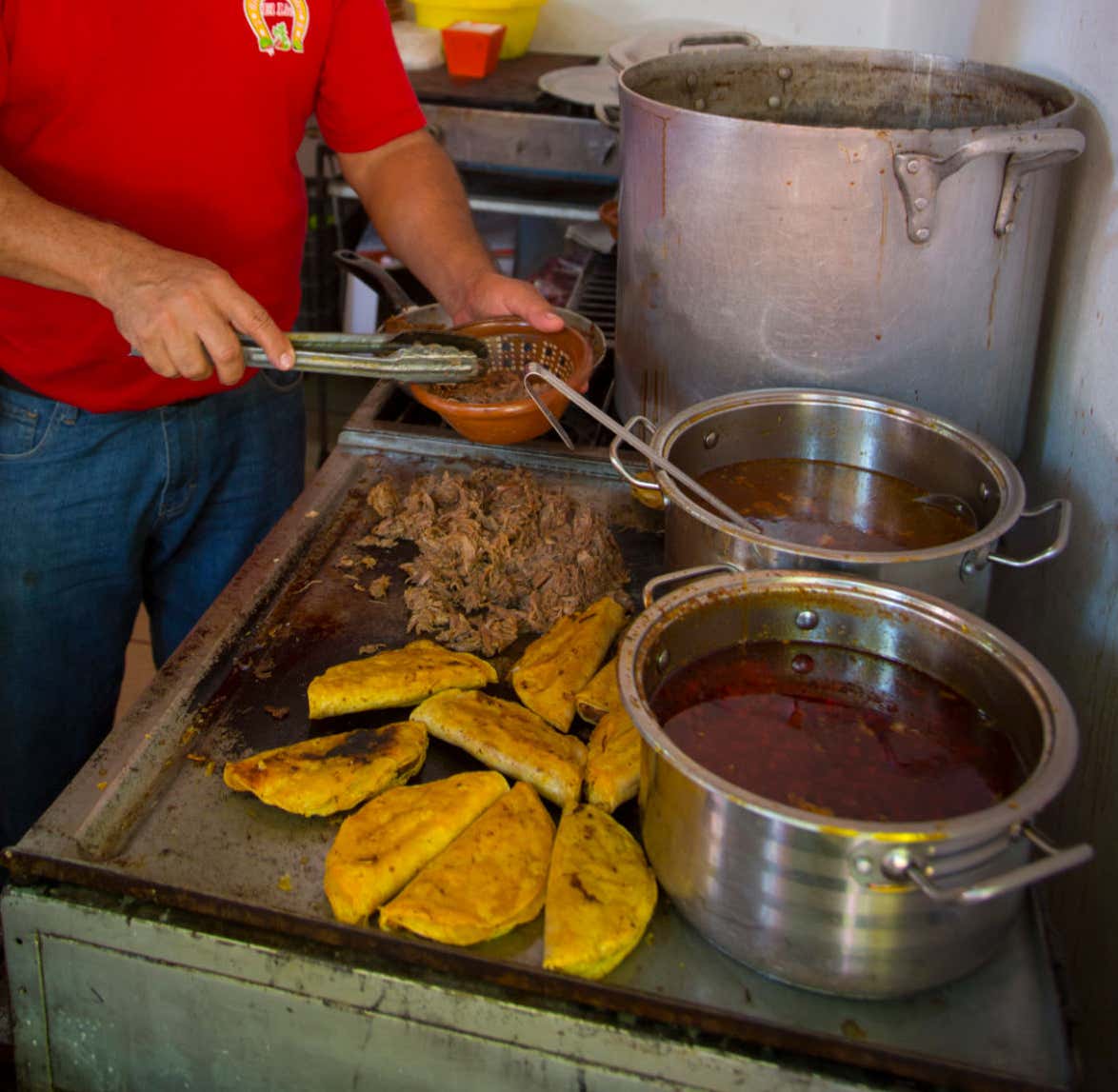 A birria taco is simply barbacoa (which I like to think of as Mexican pot roast) folded into a corn tortilla that was dipped into the oily surface of the birria… That oleaginous soft taco is then crisped up on a flat top and served alongside a small bowl of the stew, that is instantly transformed into the perfect flavor enhancer to dip the taco in.

It's like plunging a roast beef sandwich into a mug of broth at Brennan&Carr, dunking a French dip into au jus, or plunging a grilled cheese into tomato soup… Except it is better.

The ones I tried this week (3 to an order) seemed relatively authentic… They had just a small sprinkle of cheese inside the taco and the birria was garnished with nothing but a couple of lime wedges and some sliced radish.

The spicy and greasy stew left my hands stained and my snow-white beard streaked with orange "legs" like the inside of a wine glass, and I could tell the loooooong flavors of salt, fat and, heat would make it a fucking perfect hangover dish after a long night at The Donkey Show in Tijuana.

I don't feel the need to shoutout the restaurant because I imagine there are better spots to have this dish, and I plan on trying a few more, but I will tell you the place was a Mexican restaurant that turns into a Mexican nightclub on weekends, and I am not sure if it was done on purpose, but the waitress sat us against a wall near the dj booth that was adorned with paintings of various Mexican revolutionaries including this guy here… 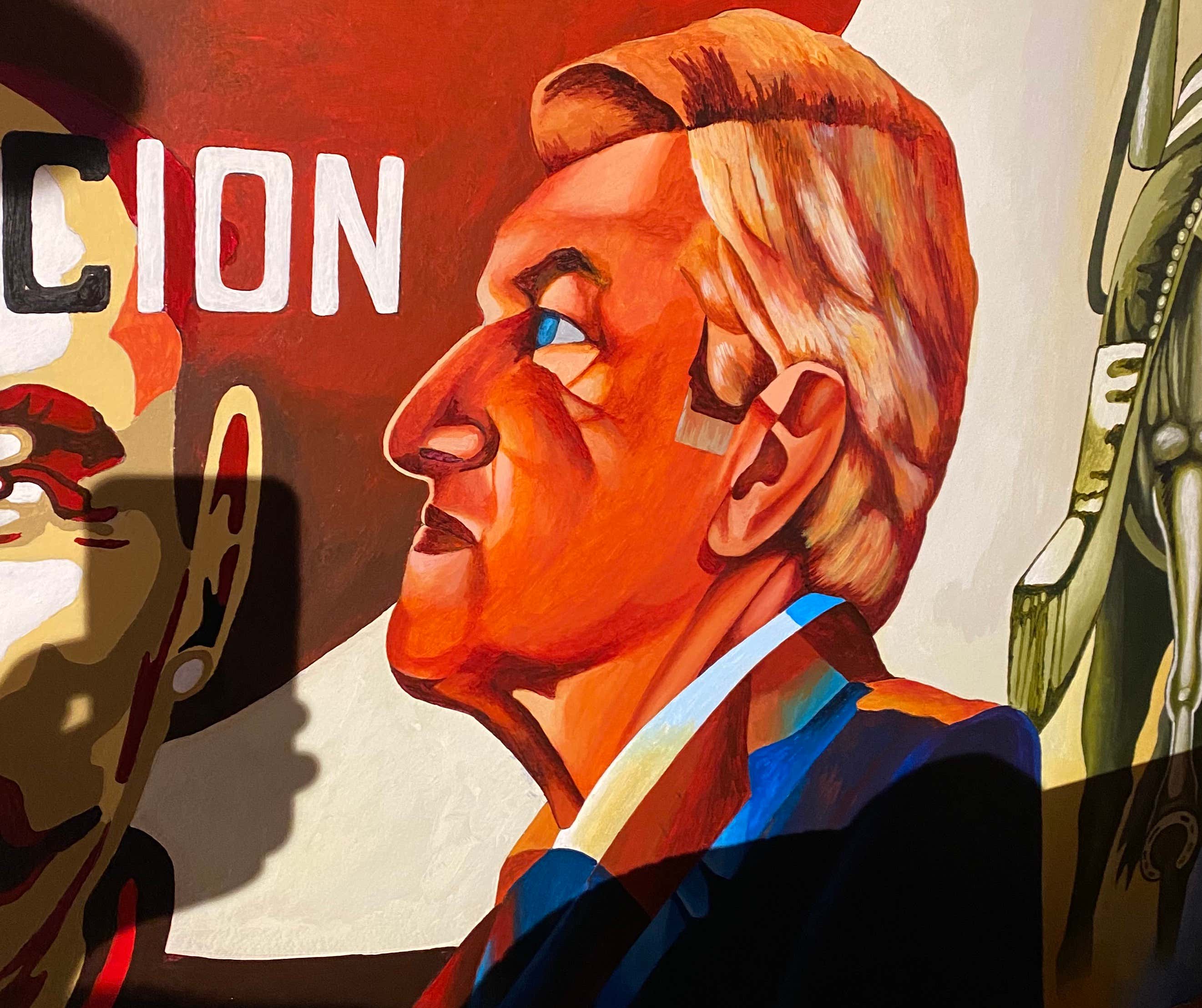 Who looks like a cross between President Trump and the late great Dean Smith from the University of North Carolina.

SO… Although I am not a huge fan of Mexican decorative murals, I will tell you I am a GIGANTIC fan of birria tacos, and if you are one of the last people on earth yet to try one, put it on the list of things you need to get inside of you immediately.

For those who haven't heard of Clubhouse, it is an audio-chat social networking app that was launched last year but has just started to gain popularity with Barstool content providers in the past month or so.

I started to fuck around with it only to fill the large void left in my morning since Barstool Breakfast dissolved and I am doing a weekly food-based chat on it now with 2 of the nicest guys in the world.

Coach Duggs from The Units podcast, Clem from You Gotta Believe, and I will be hosting a show called Grubhouse On Clubhouse every Friday starting at 2 PM… It's going to be 3 big guys just shooting the shit about big guy shit. 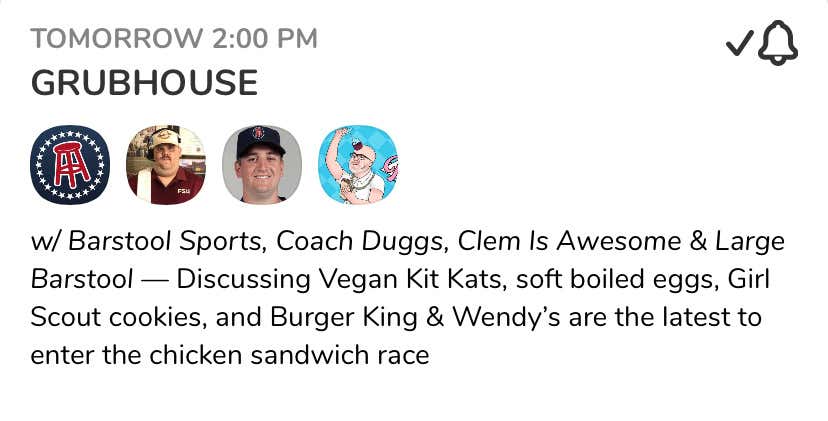 (I was looking for an Invite Only GIF, so I searched for "bouncer" and I got this…)

I don't understand the reasoning behind the exclusivity with Clubhouse, but I do know they provide you with only 5 invites to give away when you join and those are difficult to "gift" to strangers without exchanging phone numbers with the invitee.

Unfortunately, I have no invites left because I have more than 5 close friends… Clem probably has a bunch just lying around.

But if you can wrangle another way on the platform, give us a listen…We will have the ability to interact with the audience as little or as much as we want… Should be fun. 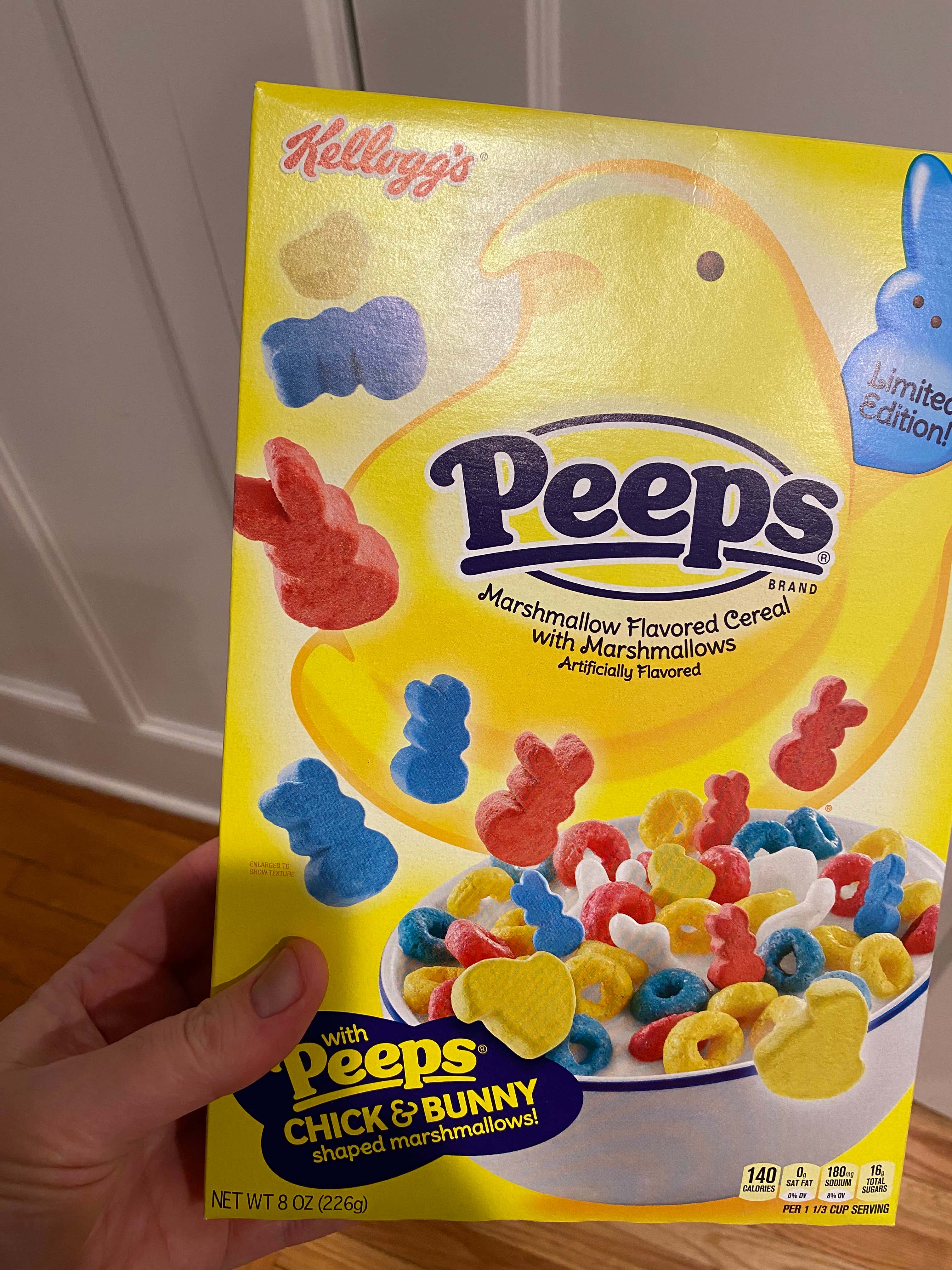 And finally, here is the latest…