Alright, folks: we're back. Pitchers and catchers may have just reported to Major League Spring Training camps, but baseball season begins today in the aluminum bat ranks and I am fired up.

After the 2020 season ended less than a month in, I'm excited for another year of college baseball that will be bigger and better than ever. Hopefully much of the increase in interest and media attention continues this season and we'll make it all the way to Omaha this time. So whether you just want to watch to see some of the top pro prospects heading into the MLB Draft or you're riding with your team the entire season, here's a bit of a primer for college baseball in 2021. 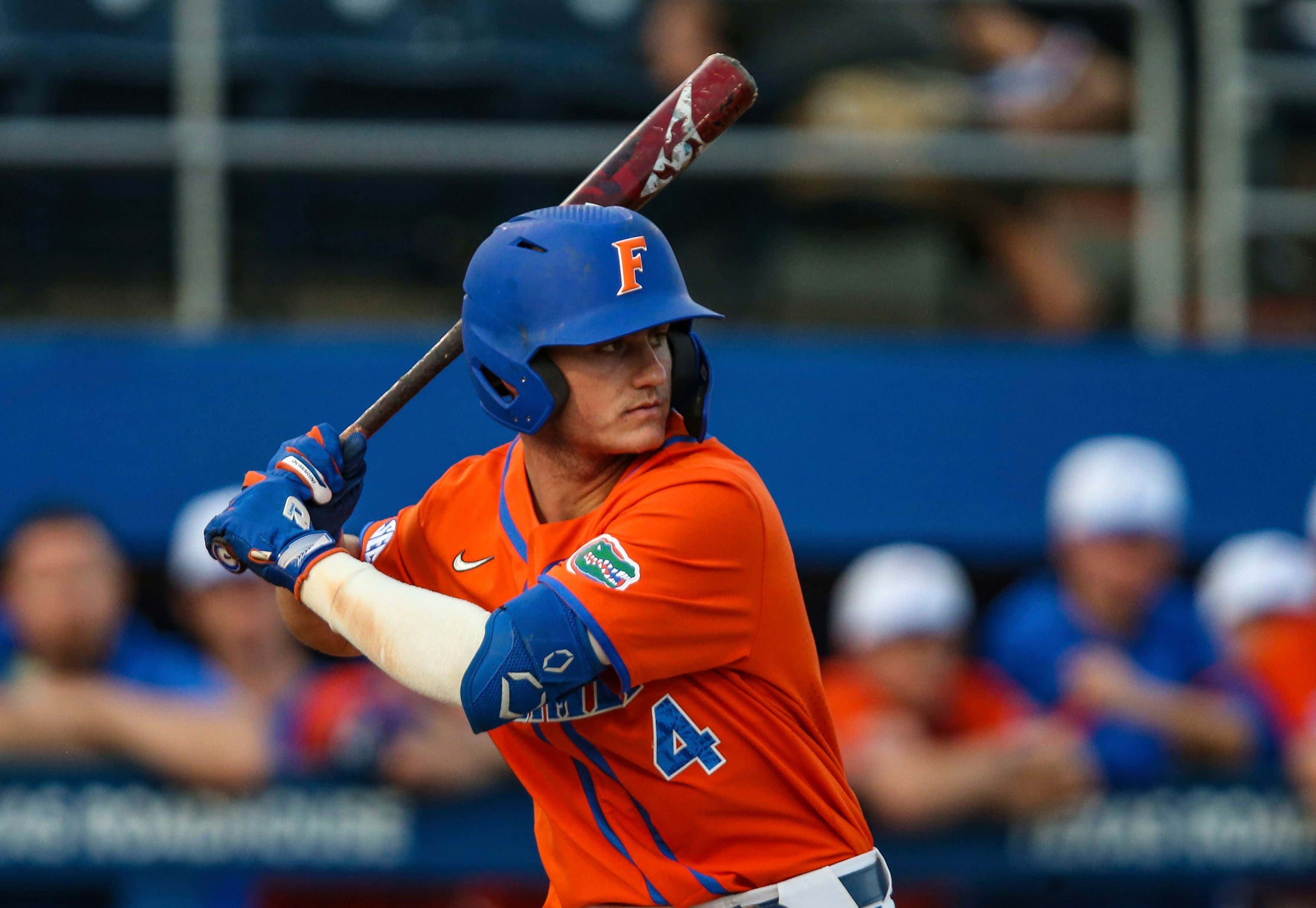 There are a handful of guys who could all stake a claim to the best projected hitter in college baseball coming into this season — there isn't really a Spencer Torkelson or Austin Martin-type prospect yet — but Jud Fabian is right up there. Fabian will be anchoring the lineup of the preseason No. 1 Florida Gators and was probably pretty upset when the 2020 season was cut short, as he was hitting .294/.407/.603 with 5 HR and 13 RBI in 18 games.

If he improves upon numbers like that over the course of a full season, he could be the first college bat off the board in the 2021 MLB Draft. 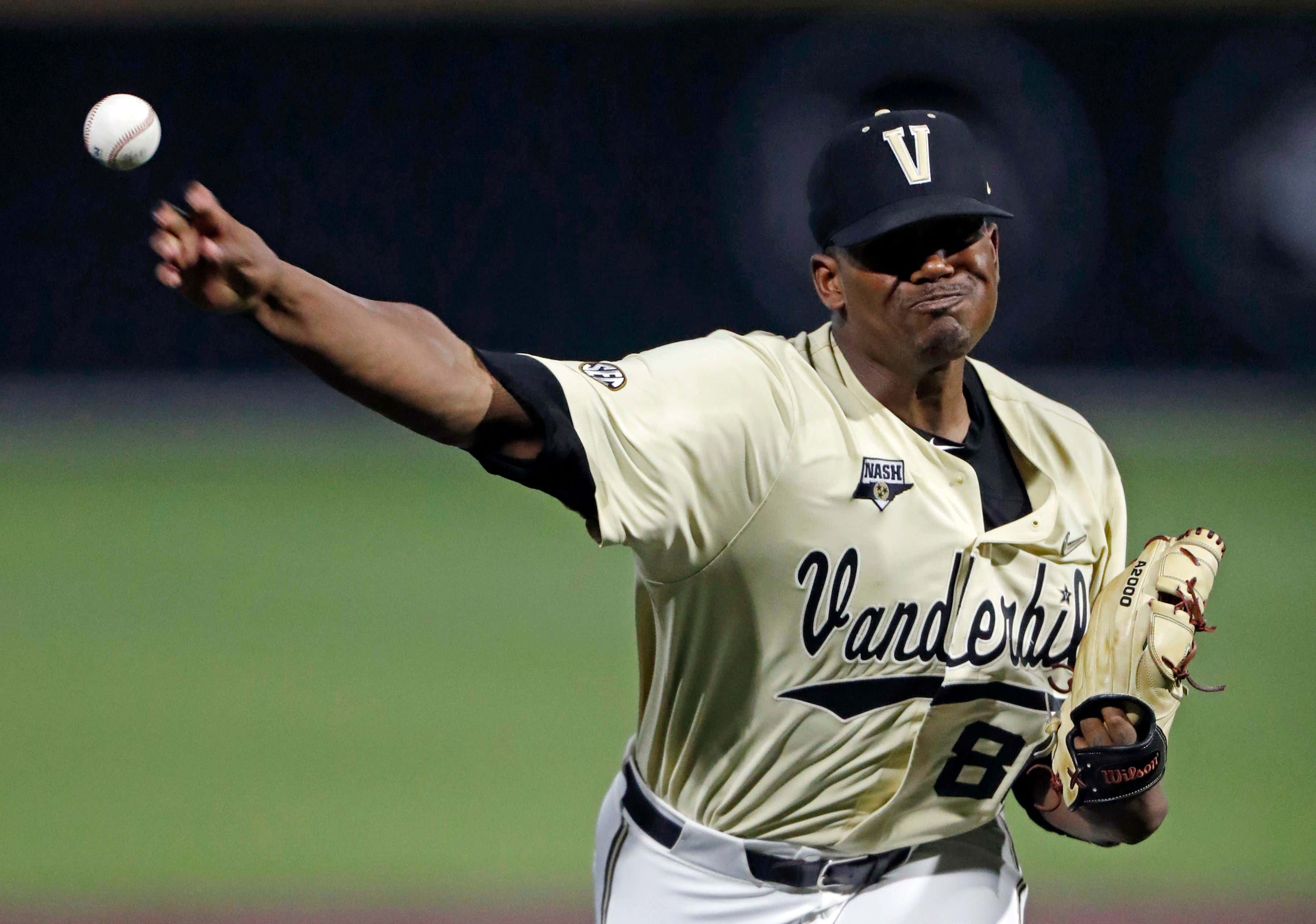 Most schools would settle for having the best pitcher in the country and take their chances with the other two spots in their weekend rotation, but the baseball factory that is Vanderbilt under Tim Corbin will back up the possible No. 1 overall pick in Kumar Rocker with another one of the top arms in college baseball in Jack Leiter.

Rocker shined as a freshman in 2019 with a 12-5 record and 3.25 ERA in 99.2 IP — in by far the toughest conference in college baseball — and gave up just 3 ER in his 15 IP in 2020. And Leiter has only pitched in four games at Vandy thanks to the pandemic-shortened 2020 campaign, but if what he showed last season is any indication, it's not unrealistic that the Commodores could have the two best pitchers in college baseball this year. The rest of the teams in the SEC better really hope they're able to win those Sunday games against Vanderbilt. 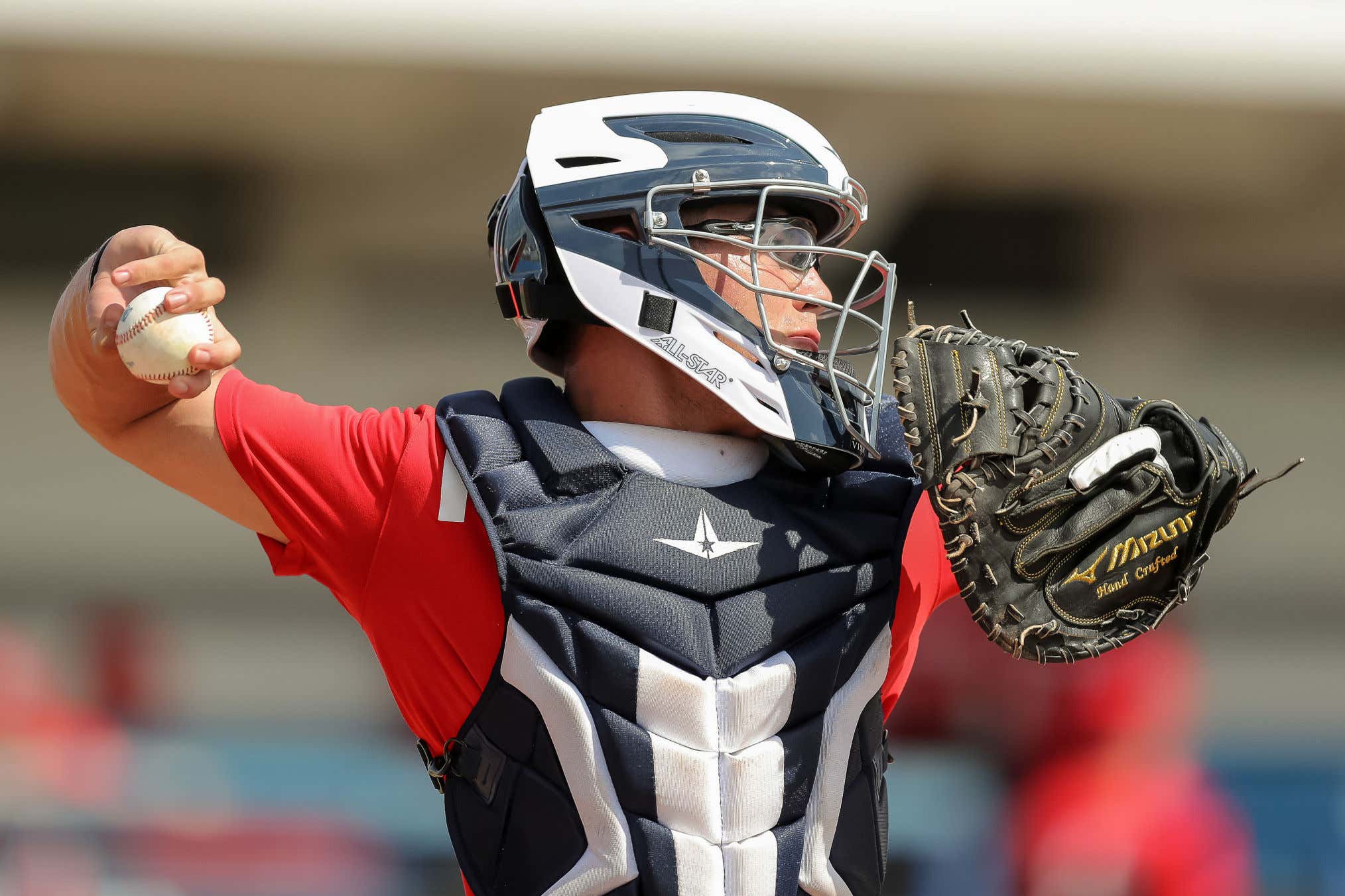 If you're a catcher, there aren't many better places to go play college baseball than the school that's churned out Jason Varitek, Matt Wieters and Joey Bart. And Kevin Parada could be next in line after a few years at Georgia Tech. In 46 showcase games throughout his time in high school — competing against the rest of the top amateur talent from across the country — Parada hit .390 with 49 RBI.

He should be one of the most impactful freshmen in the country on a team that could be in contention for a national seed. 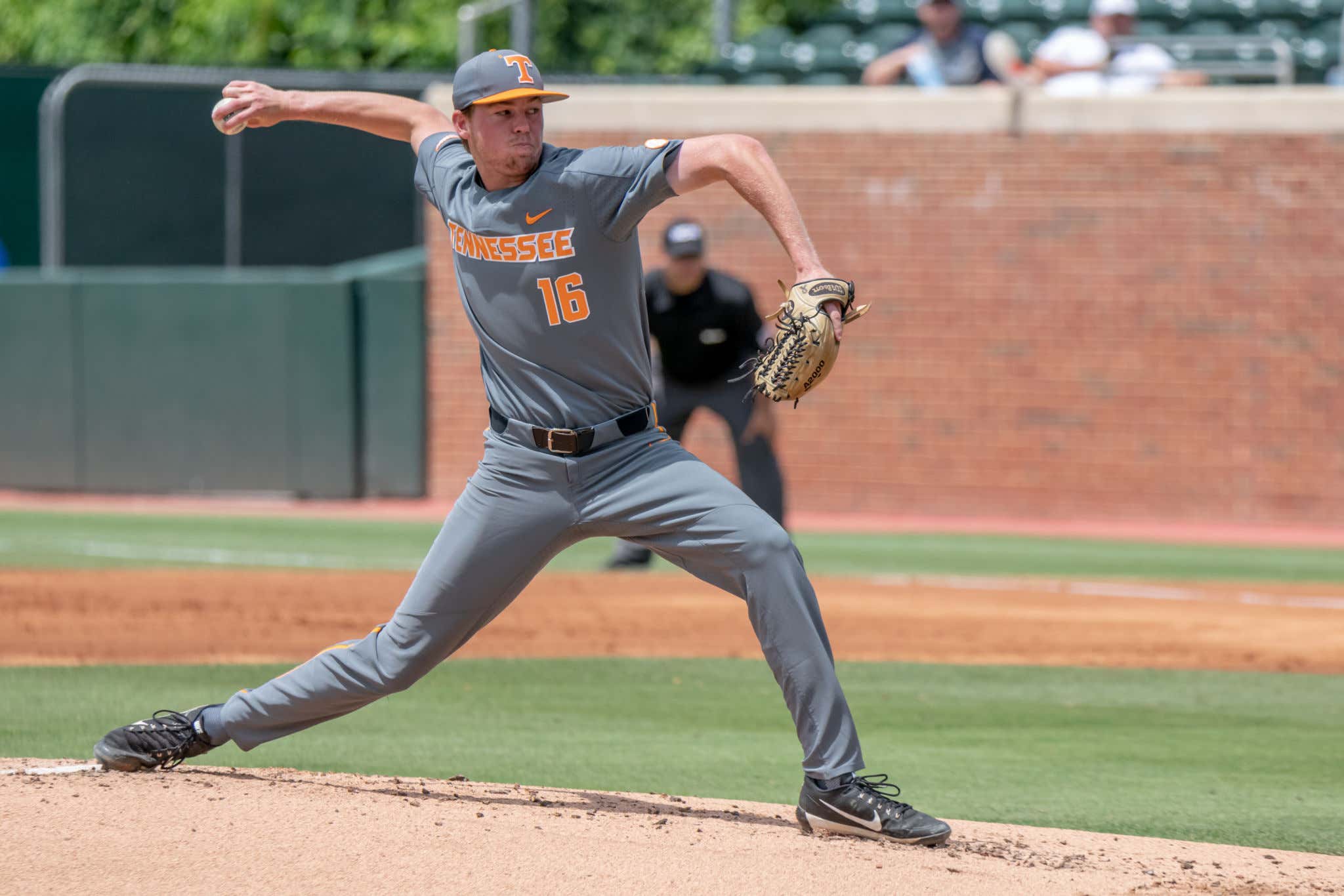 It's my season preview, I can do what I want.

In all seriousness, though, Tony Vitello has done an unbelievable job turning around the Tennessee baseball program and has the Vols ranked as high as No. 16 in the country — depending on which of college baseball's 47 polls you trust the most — headed into 2021 with two Golden Spikes Award Watch List guys in Max Ferguson and Connor Pavolony. We've already gotten early returns on some of the talent Vitello has produced in Knoxville with Garrett Crochet going straight to the Big Leagues and shining last season.

With another year of development, this could be the year the Vols find themselves legitimately competing with Vanderbilt and Florida at the top of the SEC East and possibly host a regional, if not more.

Games to Watch This Weekend: 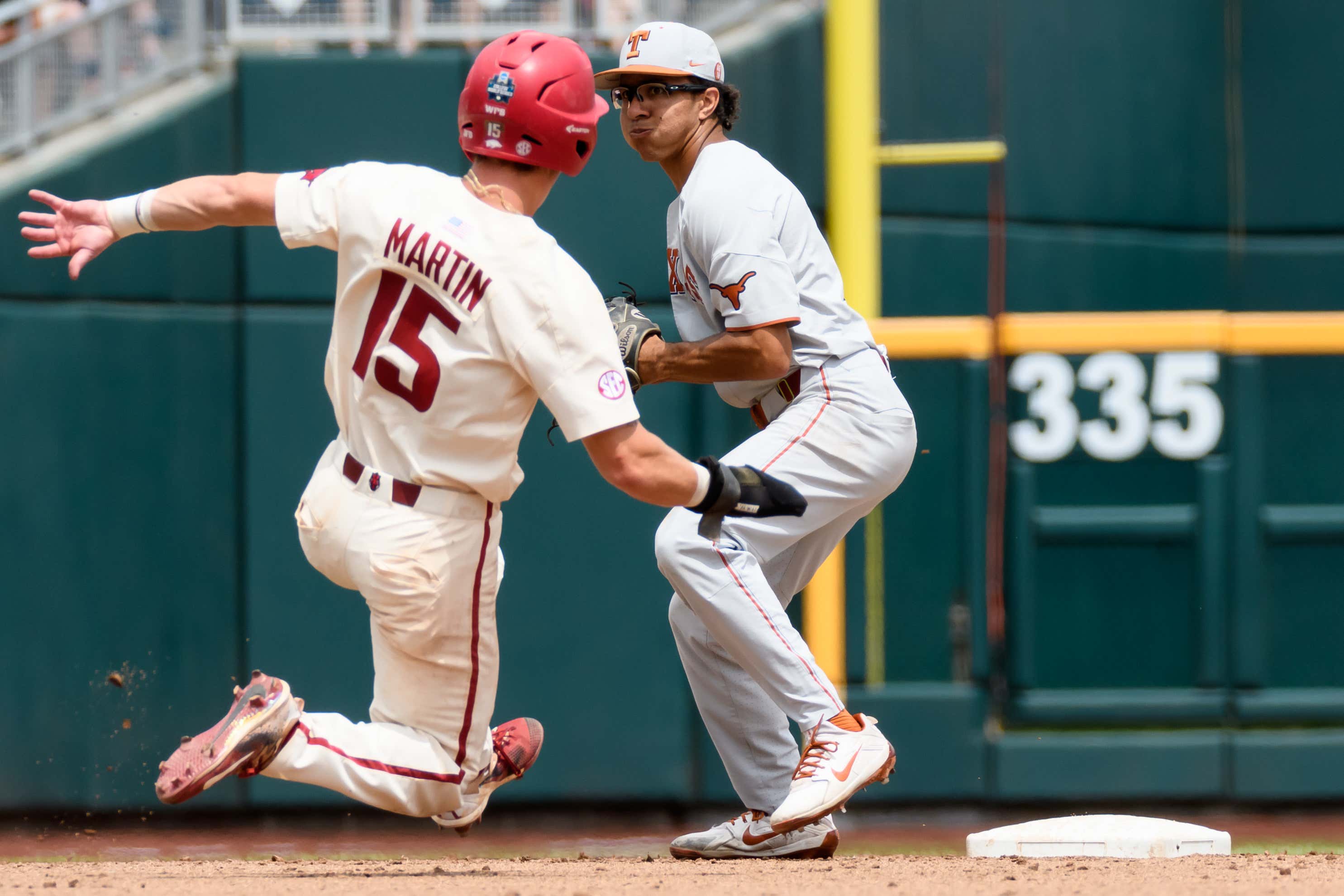 It doesn't get any better to start a season than the collection of teams that will hopefully be battling it out this weekend in Arlington, Texas. No. 3 Texas Tech, No. 6 Ole Miss, No. 7 Mississippi State, No. 8 Arkansas, No. 9 Texas and No. 10 TCU are all supposed to be meeting at Globe Life Field for what should be an awesome opening to the college baseball season, if the weather permits.

As of the time of publishing, the event is still on, albeit postponed a day to Saturday, Sunday and Monday. Hopefully we get to see all those teams go at it this weekend, because that's a great collection of baseball teams playing meaningful games right from the jump. 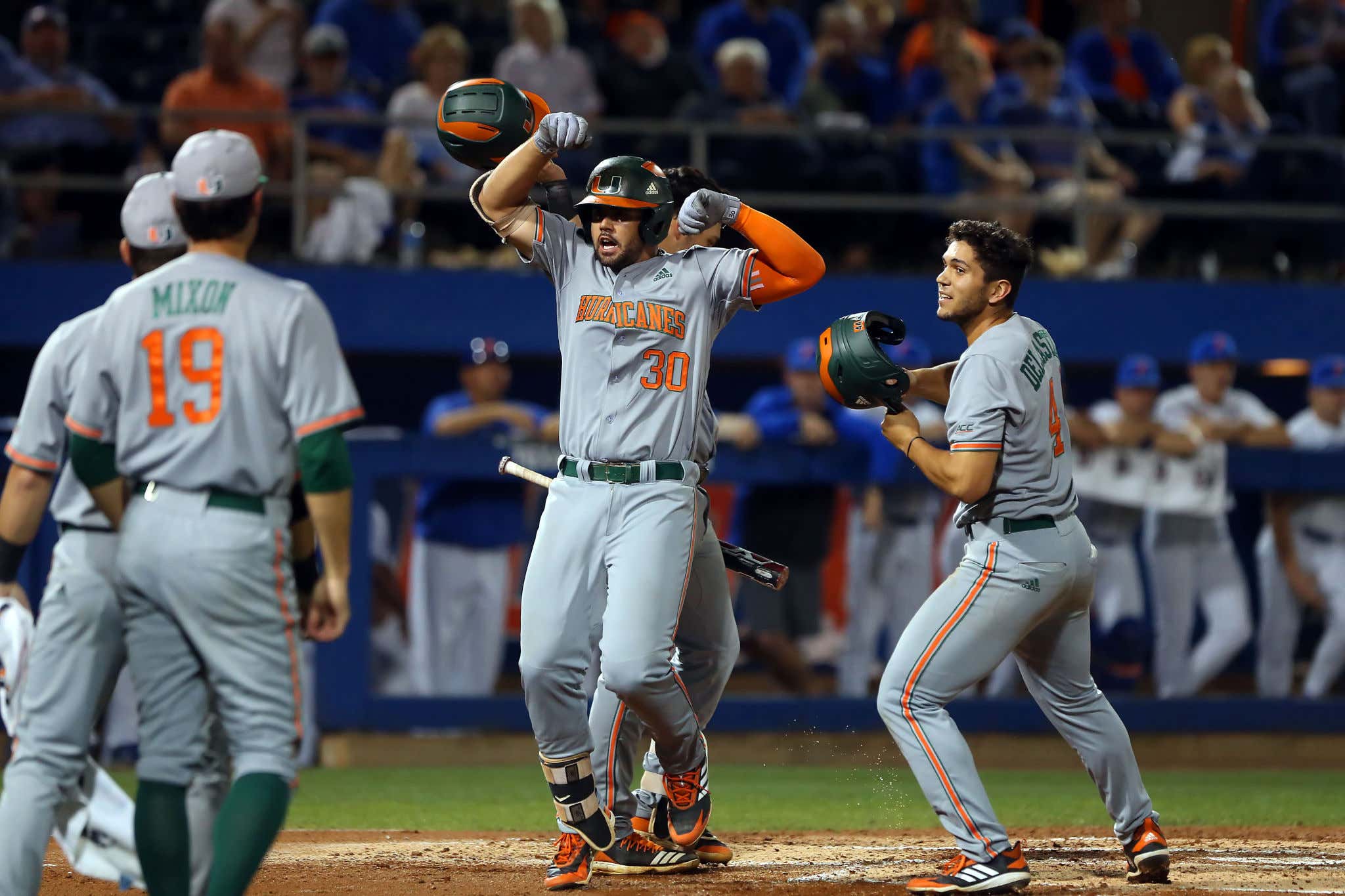 Whether the State Farm Showdown ends up happening or not, we'll have at least one elite series this weekend when No. 21 Miami travels north to take on in-state rival and top-ranked Florida. We had a similar series to start last season, when No. 1 Louisville traveled to No. 25 Ole Miss and the Rebels took two of three from the Cardinals.

This should be a great test for the Gators right out of the gate against a rival with plenty of talent — including surefire first round pick Adrian Del Castillo — capable of giving Florida the feel of an SEC weekend. And the Hurricanes will have plenty of motivation after Florida swept then-No. 1 Miami last season to give the Gators 15 wins in the last 18. meetings between the schools.

The 2020 Road to Omaha may have been cut short, but we're going to make it back to the pinnacle of amateur baseball this year. Enjoy the season, everybody.