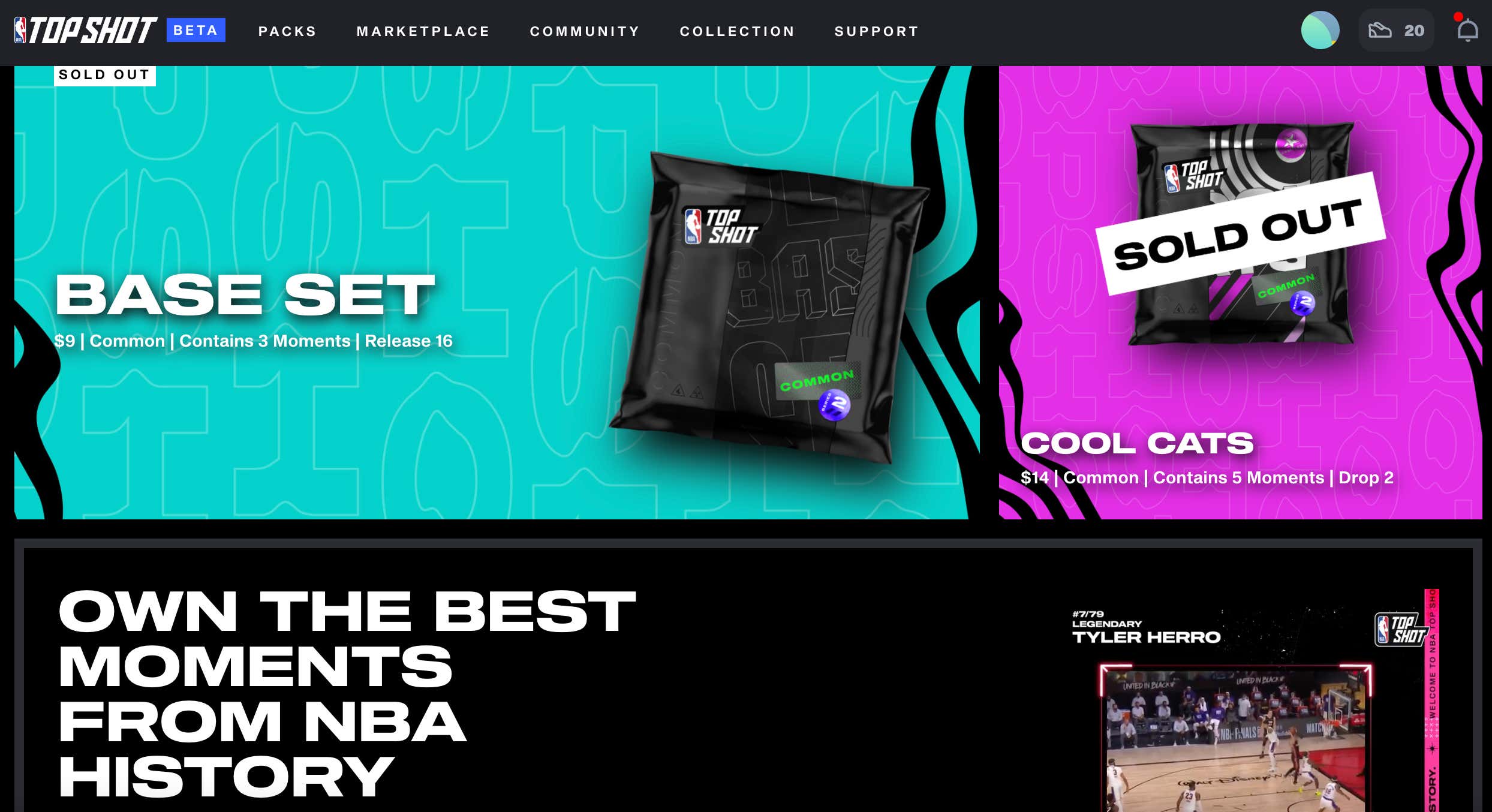 There are a lot of things I don't understand in this world. I'm still trying to grasp the whole TikTok thing. There's that Clubhouse app now that is starting to pick up steam within the company and I think we have a dating show with? And then there's NBA Top Shot. All my friends are obsessed and it's trickled down to me because well….I like making money. I believe PMT talked about it today for a minute. I've gotten Marty and Tommy into it on the Short Porch as well. Spider is all-in big. So what's the whole deal?

Bare with me here. NBA top shot is a way of digitally owning an NBA highlight. You know how you used to collect baseball cards? Well the future is going to be collecting highlights. NBA Top Shot is a joint venture between NBA, NBA Players Association, and Dapper Labs which allows people to buy and sell NBA highlights. Here's one that I own and it'll help explain this website on a common man level.

The lowest bid for a version of that highlight is currently $186.00. It's a non-exclusive highlight that you can find on Twitter, YouTube, NBA.com or wherever. For some reason Gen Z has become obsessed with owning these highlights and it's nothing short of crazy. These digital collectibles are worth a ton of money. That $186.00 is just for the shitty serial number #955. The lower you get in numbers, the higher the price and more valuable the highlight. If your serial number matches the player's jersey number it's basically the equivalent to getting in on Facebook at the beginning. Bogan Bogdanovic bought his own moment with his own jersey's serial number. Marc Cuban followed up by buying Maxi Kleber moments. I got the Paschall's #80 serial number yesterday for $185.00. The lowest bid at the time for a poor serial number was somewhere around $115. My highlight is likely worth around $250 if I chose to sell now. I'm laughably going to hold. Again, I don't understand it, but it's free money.

On a much larger, expensive scale to show you how popular this is, someone recently bought a 13 second Zion highlight of him blocking a shot for $100,000. This LeBron one went for $99,999!!! What the fuck is happening?

If you don't want to start buying highlights off the jump I suggest buying packs. A "cool cat" pack cost me $15 on Monday. There were 50,000 packs released and I had to wait in line for 3 hours, but I got mine eventually. It's basically free money when you get a pack. It's not an exact science when the packs get released and you may need to look on Twitter or the discord to find out the date and time, but trust me it's worth it. With my pack came a PJ Washington dunk highlight. Just involved him driving to the rim for a two hand flush. Nothing crazy at all. Wouldn't even sniff SportsCenter top 100 highlight of the day if they went that high. A day after purchasing this $15 pack I sold the PJ Washington highlight for $115 and a hundred dollar profit. Pure insanity. Free money! What is going on??

I'm at the point where I bring up NBA top shot in any conversation I have with someone. The website is still in its beta version and is constantly undergoing maintenance, but it keeps getting more popular by the second. Windhorst wrote an article about it yesterday! Iguodala, Dinwiddie, Garrett Temple, Javale McGee, and Aaron Gordon have all invested.

More players are being released each week and whenever Immanuel Quickley comes out I'm going to go nuts for him. Some of my friends have thousands of dollars worth of moments. It's still super early in its stages and there's a lot of money to be had. I'm not getting in on Bitcoin or Dogecoin or any of that. I'm buying NBA Top Shop highlights because I'm a mad man. Get involved! It's fun! Buy Paschall moments or Ja Morant or Kira Lewis or RJ Barrett! Go nuts. Nothing makes sense anymore, but money is awesome. Let's control the world!