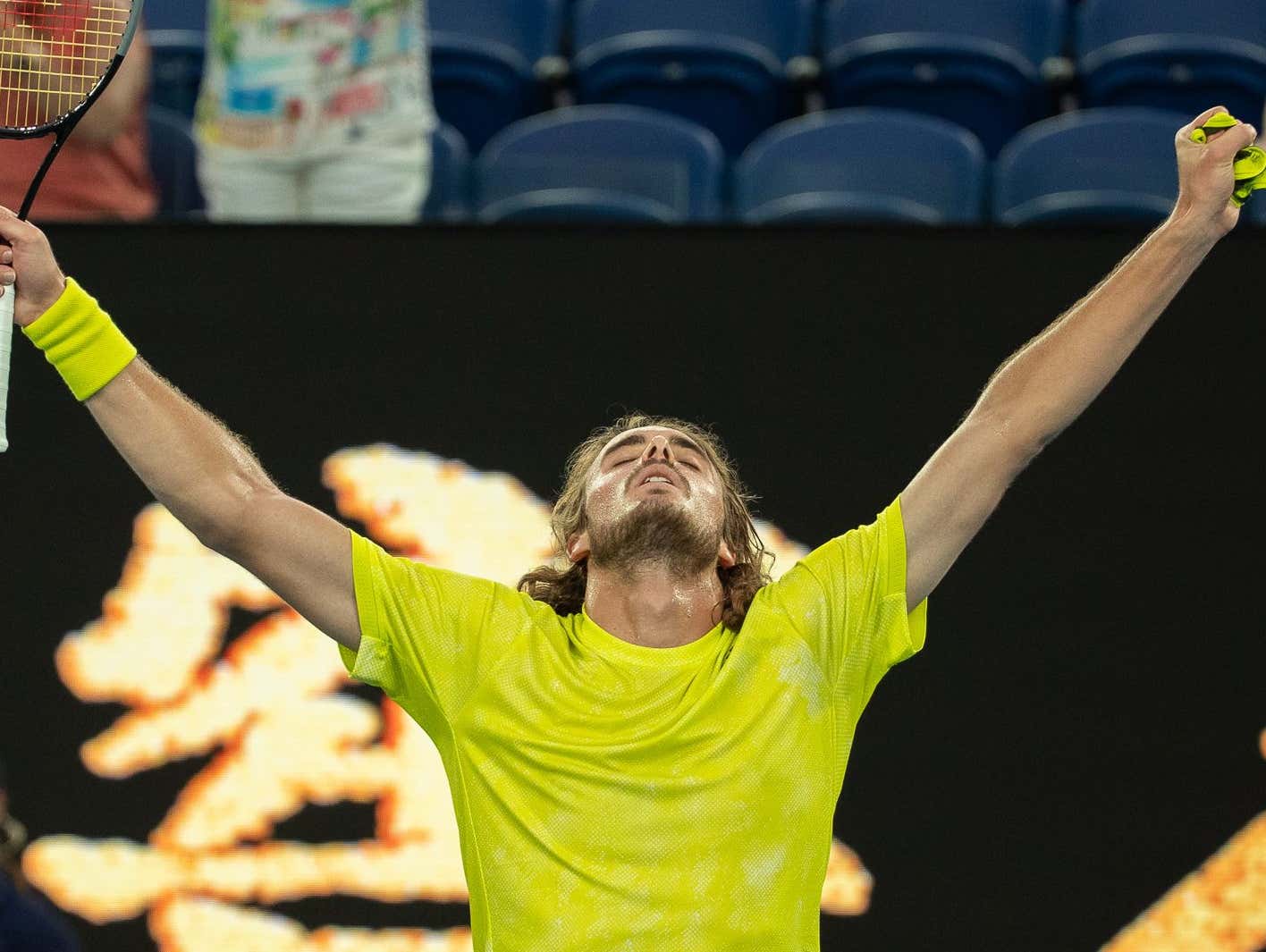 That my friends is something you never ever see. Stefanos Tsitsipas just became only the 3rd human being ever to come back from 2 sets to love down to beat Rafa Nadal. Entering this match Nadal was 243-2 in such situations with the only losses coming at the hands of Fognini and Federer! Kinda like watching prime Mariano blow a save in the playoffs. Craziest part about it all? Stefanos just had more energy than the Spaniard. You NEVER can say that about Rafa Nadal. Dude just doesn't get tired. He's relentless. He doesn't quit. He out works you until you lay over and die of exhaustion. Well, father time is a motherfucker and he's also undefeated. The tide has turned a bit.

Nadal came out firing on all cylinders in this one. First two sets he ran away with and looked like the far superior player. This was a laugher. Then all of a sudden Stefanos got in a real groove with his serve and really started to put the pressure on Rafa. That 3rd set tiebreaker was a real turning point with Nadal missing two overheads and practically handing the set to Stefanos. After grabbing the early mini break from the Greek, Nadal sailed an overhead at the net wide. You just never see him miss a shot like that. He missed another from the base line at 3-3 to give Stefanos the lead in the TB.

From there on it was just about Tsitsipas being the stronger player and not making a single mistake. He found his opening at the business end of the 4th set and took it. He did the very same in the 5th, and despite a little fight from Rafa in the final game, closed the door for good. Crazy. The biggest win of the Greek's career no doubt. What an effort to pull this one off. The 22 year old is a star in the making and has all the tools to win multiple grand slams. His mental game is pretty much his only weakness and I wonder if no fans in the stands for this one benefited him down the stretch. Well, that will change in the semifinals with the lockdown being lifted and fans re-entering Melbourne Park.

Awaiting Stefanos in the semifinals will be Russia's Daniil Medvedev. It doesn't get any easier after Nadal, in fact it just gets harder. That match will be incredible to watch and very worthy of staying up for. Some interesting info about that one, these two HATE each other. Stefanos has called Medvedev a bullshit Russian. He's called his game boring, despite Medvedev dominance in their head to head matchups (4-1). Medvedev has said he no longer takes Tsitsipas seriously after all their shenanigans. There's certainly some bad blood here and I love that.

End of the day, Rafa stays tied with Federer with 20 grand slam titles. Deep exhale. Now let's get Djokovic outta here and crown a new champ. I'd love for Medvedev or Stefanos to win their first slam right here. What a match that's going to be.

Jump to the 10 minute mark for the real start of the match in that 3rd set tie break and catch the highlights.