Cam Newton on his vlog:

“I’ve spent thousands and thousands of dollars, maybe even millions of dollars on clothes that I only wore once, so to be able to recycle the closest, so to speak, is something that’s challenging. But at the same time, it’s going to be fun to do so throughout this whole year.”

I suppose on the one hand, we should admire this. It's a sacrifice for a man who has made it clear he prides himself on self-expression through fashion. And who, even in the face of withering criticism from Jeff Garcia:

… stood his ground and defended his right to speak through his sartorial choices.

But still, this decision by him is not without its downside. There will be fallout. First, America's garment industry will suffer. I mean, hats like these don't exactly fly off the shelf. 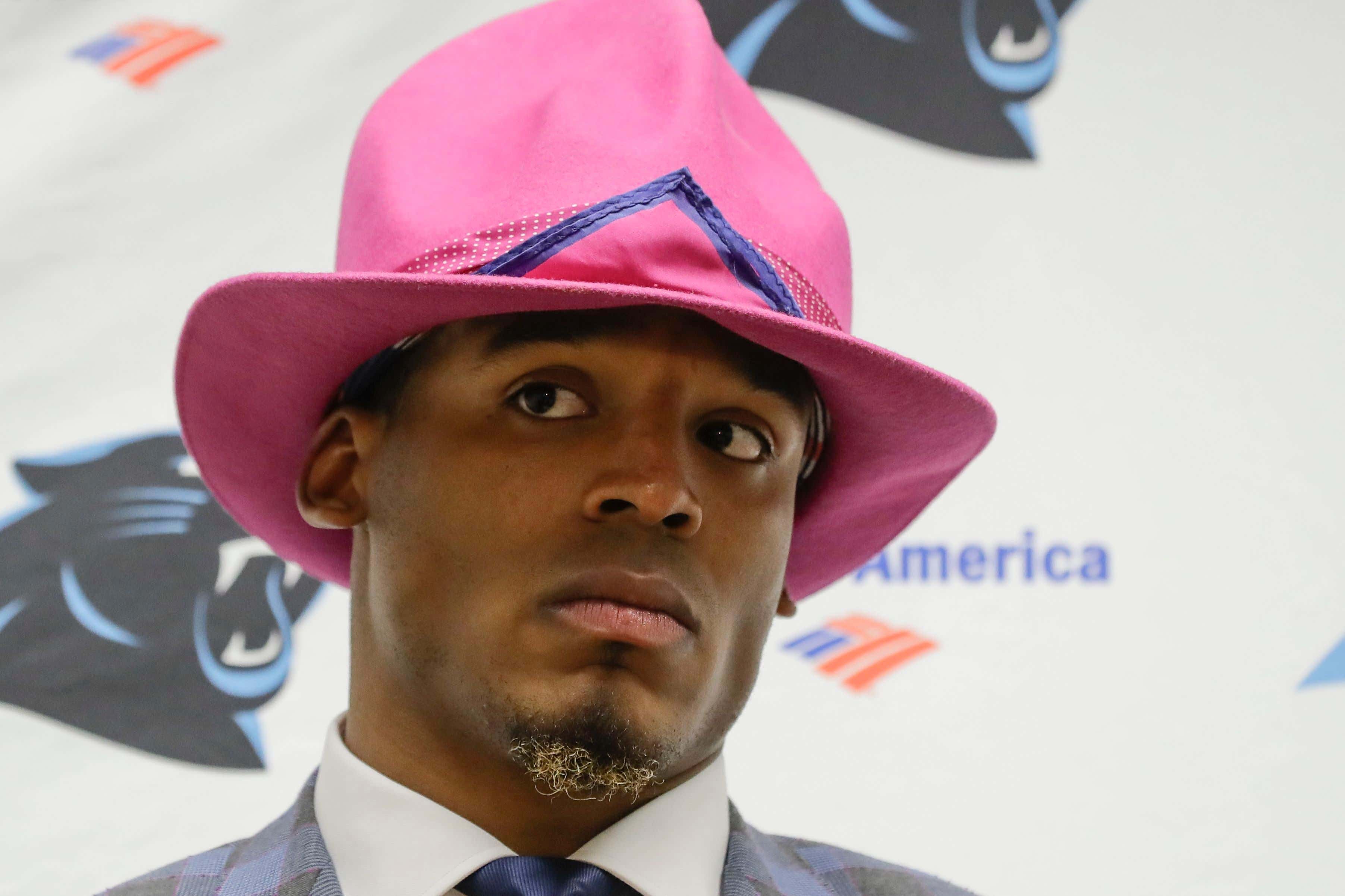 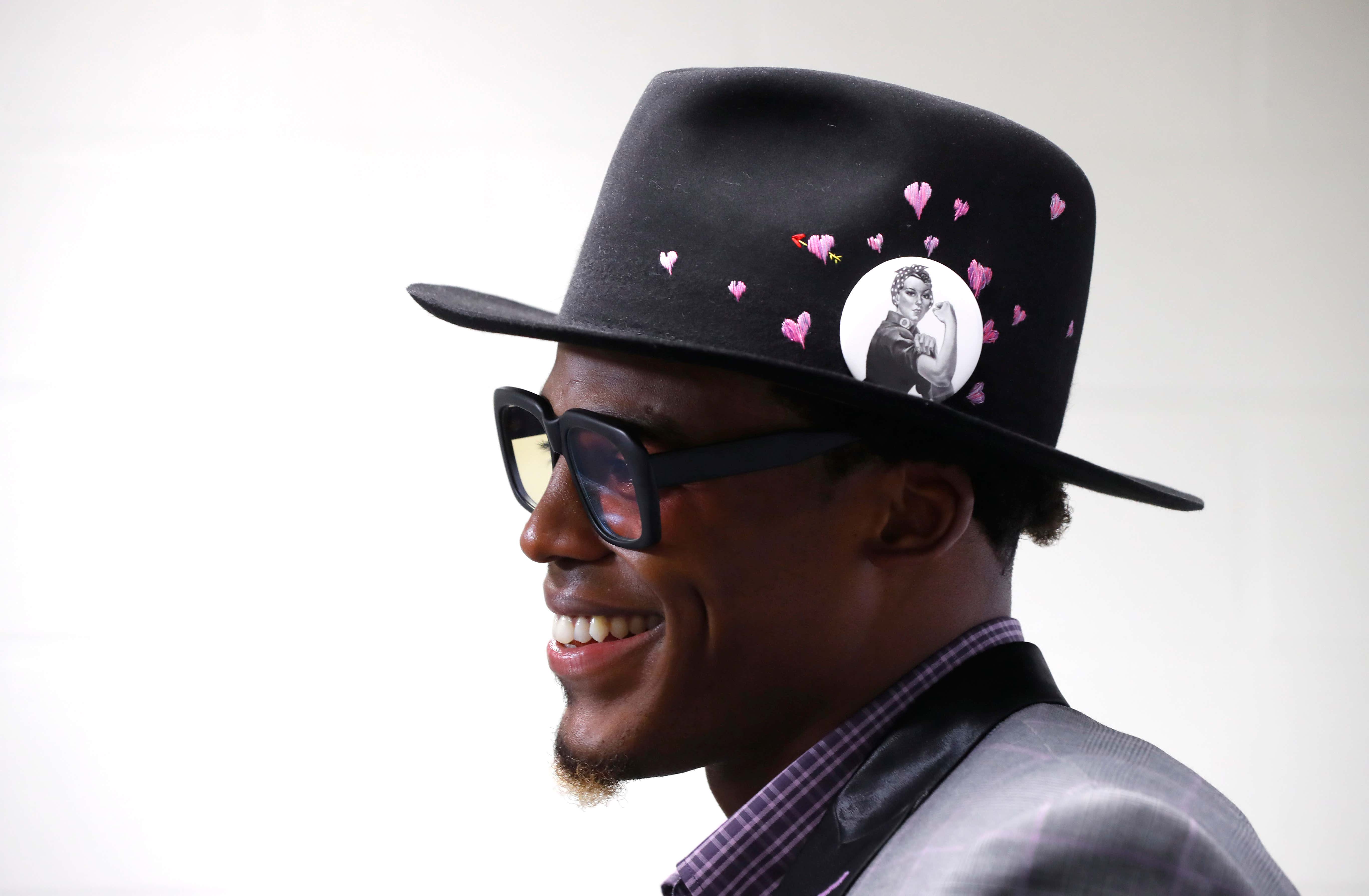 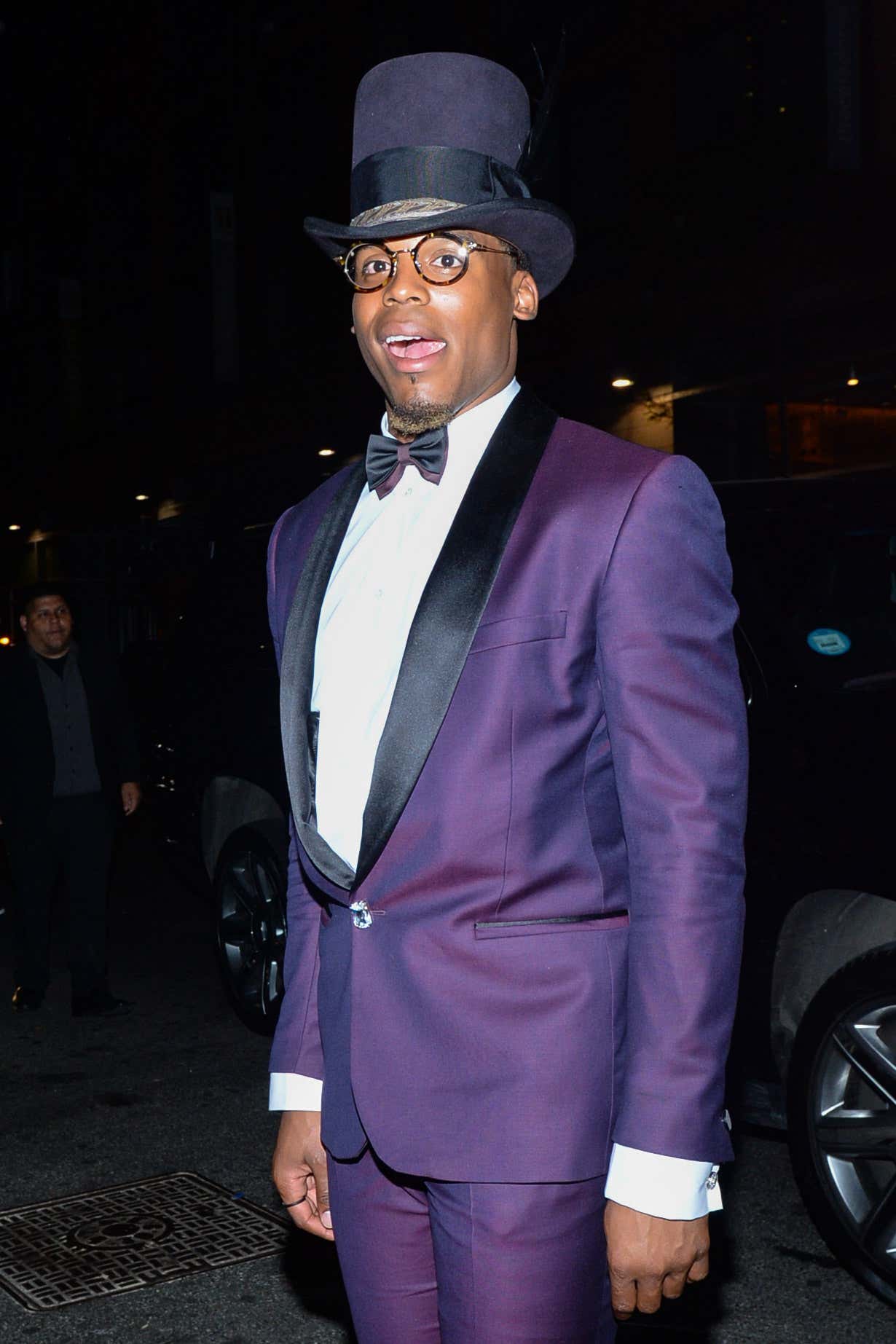 And the fashion-forward, hand crafted, tailored suit designers of the world have mouths to feed as well. How many of these are going to move from the drawing board to the closet to the podium if Cam's not sporting them?

Those garments were flattered by Newton, not the other way around. Even if they just enjoyed that one moment in the public eye, every thread was honored by the attention.

As much as anyone, I'd say the football fans of whatever city he ends up with will be the real losers in all this. Watching him arrive at the stadium week after week is sometimes the highlight of game day. It certainly was for New England this past year. As I was telling somebody the other day who asked if I thought he'd be back, I liked everything about having Cam Newton as our QB1. Except when he was throwing a football. I'll miss his attitude, his work ethic, his toughness, his running. And his sense of style. His passing, not so much. That said, at the risk of sounding like Jeff Garcia, it'll be smart to hit the pause button when it comes to one-and-done clothes for a while. At least until he gets his football career back on track.