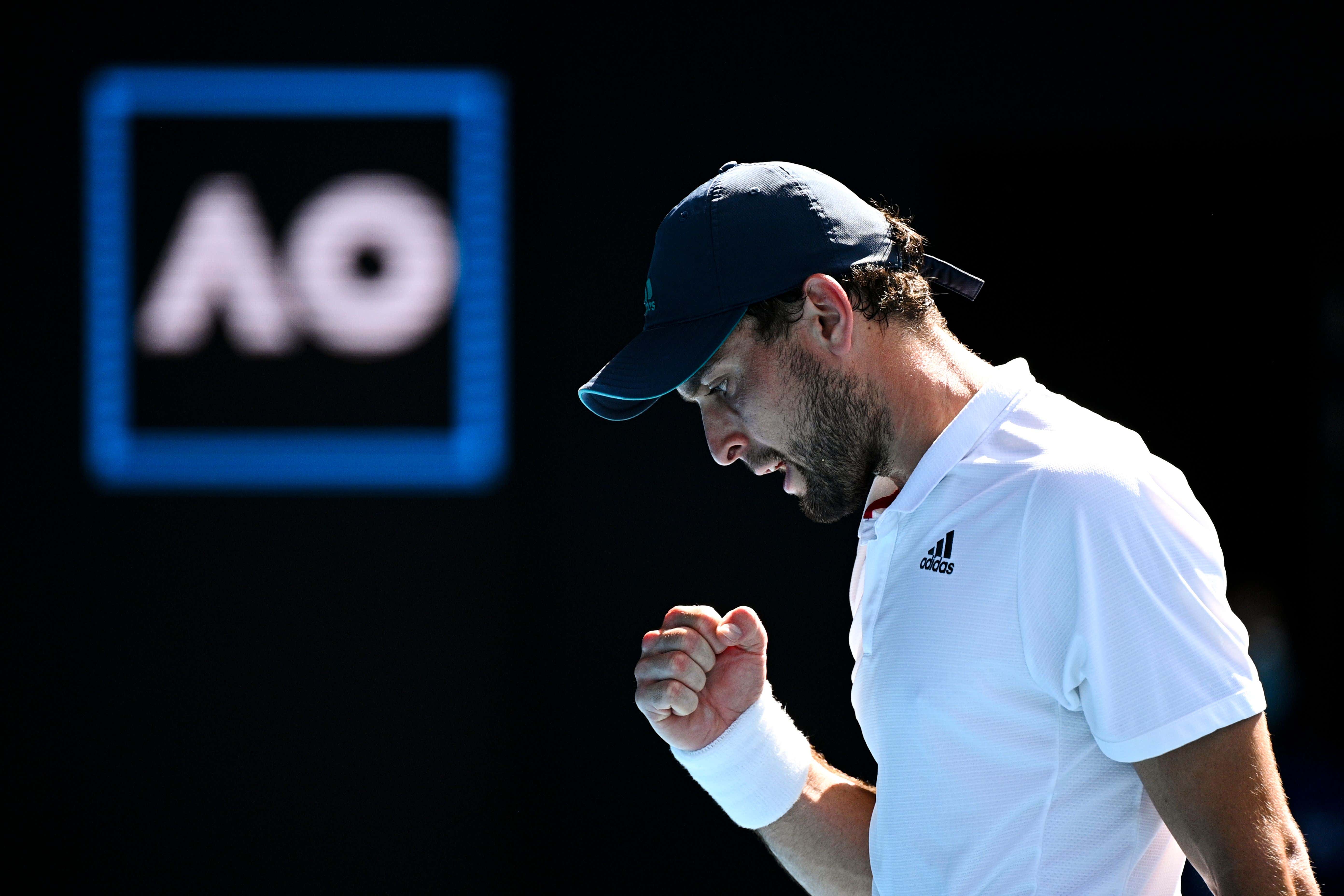 Very rarely on the men's side of a grand slam tennis draw do you hear of a cinderella story like the one I'm going to touch on right now. Usually the same four to five guys are battling it out in the semifinals of every grand slam to see who will be crowned champion. Occasionally a top 15-20 player will sneak in and have his shot, only to fail. Well, unseeded Russian journeyman Aslan Karatsev is now two matches away from completing the craziest run in the history of the sport.

Prior to the 2021 Aussie Open, Aslan Karatsev had earned himself $618,000 over the course of his 7 year career. He did this without earning one single grand slam main draw appearance. He wasn't even ranking high enough to qualify for last year's event. This motherfucker has never played in a grand slam event before! Most of his career has involved playing in challenger events (essentially the minor leagues of tennis). Tonight the Russian dispatched 18th overall seeded Grigor Dimitrov in four sets to earn himself a spot in the semifinals of the Australian Open. With this win he guaranteed himself a little over $660,000, which is more than double his career earnings.

I mean this is absolutely nuts. Like no joke, there will likely be a movie made about this dude at some point in the near future. That's the kind of underdog story we're dealing with here. He opened the tourney 1,000-1 to win the tournament.

As of right now, Karatsev has leaped 72 spots in the world rankings since the tournament's start and is now a career high 42nd. He had to qualify for this tournament, which meant he had to win 3 matches just to get into the big dance. Now after a fairly easy victory, thanks to Dimitrov's back locking up mid-match, he'll sit comfortably in his hotel awaiting the winner of Djokovic-Zverev in a few hours. A career plagued by knee injuries and an alleged match-fixing situation that I'm not entirely sure what the deal was (Russia had a big scandal years ago). Now this guy has it all going for him and is continuing to defy reality.

One quick second on his opponent tonight Grigor Dimitrov. Guy has a ton of talent and is very well-liked, but whenever he gets into these spots in grand slams it all falls apart. This time it was his back, which rendered him virtually motionless in the 3rd set. He found it in him to gut out the match and finish, but that was tough to watch.

Not taking a single thing away from Karatsev. He upped his level in the 2nd and was looking like the better player, but that end of the match was certainly ugly. Nevertheless, Karatsev has knocked out three seeded players in his last 3 matches: (20) Felix Auger Aliassime, (18) Grigor Dimitrov, and (8) Diego Schwartzman. The 27 year old has a big serve and does not give up. Compared to everyone else left in the draw, Karatsev has the hardest hitting forehand AND backhand remaining. Against Schwartzman a few rounds ago, he blasted 50 winners. Against FAA he came all the way back from down two sets to love to pull off the comeback victory. He's a marvel. If you ask me, he's a Russian sleeper cell who they took years to activate for this precise moment. With Russians Rublev and Medvedev playing at elite levels themselves, this is their chance to become the tennis power of the world.

What a story. Imagine this dude taking out Djokovic next round somehow? Not nearly enough talk is surrounding Aslan Karatsev right now and that has to change.