Another night and another two points. The Blackhawks continue to just get results. They were NOT good tonight. They didn't attack. They didn't have the puck all that much. The PP wasn't humming like it has been. It didn't matter. We are like 30% of the way through the season and they're currently holding a playoff spot 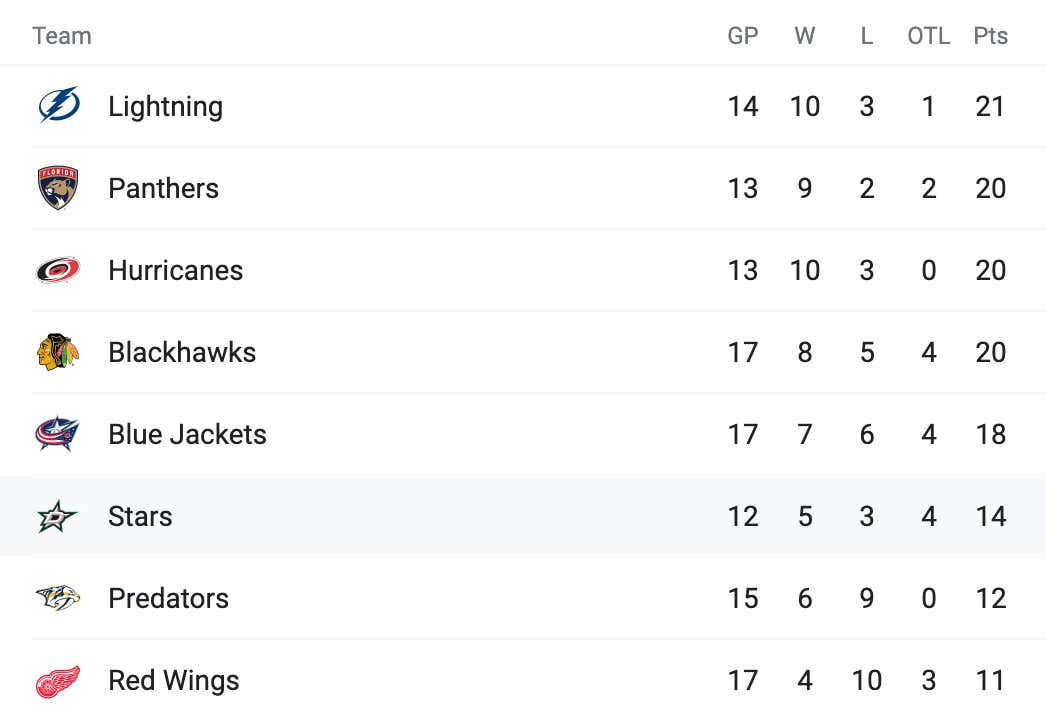 No wild card spots this year because it's divisional play only. Top 4 in each mini conference make the playoffs. I think Tampa, Florida, and Carolina are all definitively better than the Hawks. Dallas is obviously playing catch up because they're behind on GP thanks to Covid-19 and now…winter storms. The Hawks took points in Dallas when they played head to head last weekend, but I am not going to pretend that a healthy Hawks team is better than a healthy Dallas team. I don't know that Dallas will be able to get enough points though. They're going to have a ton of games in a short period of time. An already condensed schedule will have make up games jammed in there like sardines. The Hawks have already taken points in the games that Dallas still has to find time to make up. That is an advantage for the Blackhawks initofitself.

The Wings suck. I think the Jackets have turned back into a pumpkin after a few nice years at the ball. The Preds stink. It'll just be a matter of the Hawks holding off Dallas and getting into the dance. Who would've thunk it? Not me. BUT…I couldnt be happier about it. Join or Die and do it for the Culture