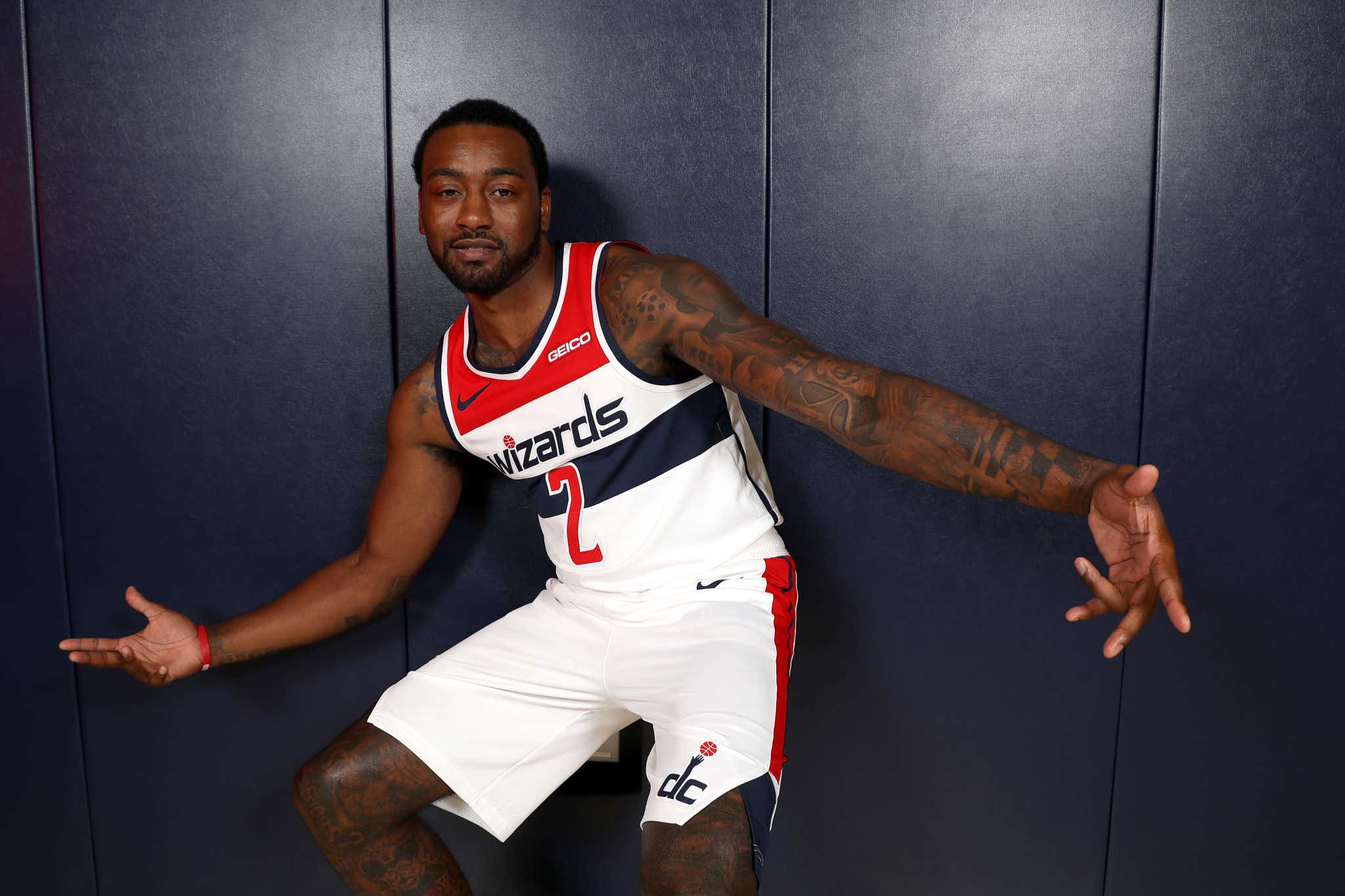 For the first time in his career, John Wall will play a professional basketball game in Wizards as a member of the visiting team. Prior to the Russell Westbrook trade, John Wall's tenure with the Wizards was one of the longest runs with one team, totaling 9 seasons. When you factor in everything he did for the community, John Wall is a huge part of DC. Not only that, he's also responsible for some of their best moments as a franchise

So I think it's safe to say that his return to Washington is a bit emotional for Wizards fans. This is a moment that really sucks people can't be in the stands. Mostly because there's nothing like when one of the best players in your franchise's history comes back for the first time. As a fan you forget everything about how they left, good or bad, because at that moment none of it matters. It really sucks that Wall will watch a tribute video and not get the roaring ovation that normally comes with it on a night like tonight.

I know how emotional this can be because I lived through it. January 26, 2014. Brooklyn Nets vs Boston Celtics. The first time in my entire life that I ever saw Paul Pierce play a game at the Garden on the visiting team. A moment I truly didn't ever think would happen. Add in Kevin Garnett as the cherry on top, you know, the man who was the only reason I've ever seen the Celtics win a title with my own eyes, and it was water works city right from the opening tip.

It still makes me emotional. Hopefully you've been fortunate enough to have a player like this play on one of your favorite teams. Patriots fans are about to go through this x10000000 next year when Brady makes his return as the defending Super Bowl Champion.

Above everything else, in a normal world it's the first time a fanbase can truly say thank you to one of the best players they'd ever seen that wore their colors. We're not just talking about guys that had a cup of coffee. We're talking franchise guys. There's a difference and you know one when you see one. Fans form a connection to that player and feel like they've gone to war together. That's what makes this moment so cool. Especially when the player was around 9, 10, 11+ years. That's an eternity in today's NBA. Even though Wall's tenure ended with brutal injuries and lost seasons, he's a big part of that Wizards franchise and always will be. Just know it's going to be really weird to see him in a different uniform playing on that home court.

I'm sure they'll do something again for Wall the next season when the Rockets are in town and hopefully by then there are fans, but this will still be an emotional night for any Wizards fans that watch on TV. Just know you can cry if you want during the tribute video. Perfectly normal behavior if you ask me.