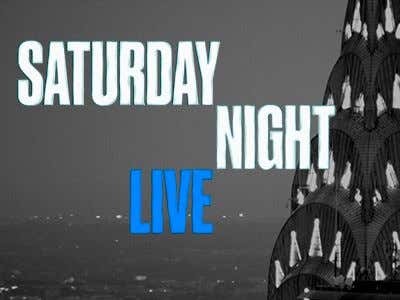 Over the last few weeks i've been trying to do a lot more sketch comedy type stuff, which is something that i've always been super into. Being at Barstool has made this a lot easier to do because i'm surrounded by people who are available to help me and actually know what they are doing in terms of writing, filming, and production.

Here are two videos that I shot with Camera man Corey in the past month that i'm very proud of, if you haven't already seen them:

Making these videos has been super fun and it's definitely given me a burst of creative energy where i'm feeling a strong urge to constantly brainstorm new ideas and write out new scripts. Obviously in a global pandemic there's a lot more limitations on what you can shoot since you can really only shoot at the office, however, we are making it work.

While doing this sketch comedy stuff i've also definitely been watching a fuck ton of SNL and Key and Peele videos on youtube in hopes to get more inspired and learn more from the greatest people in the business.

Doing all this has made me wonder and ask myself "Is SNL actually bad?"

Well, to be honest I don't really know what the answer to that question is.

In my opinion, I would say SNL isn't nearly as bad as people make it out to be. People online (twitter specifically) love to hate popular things. Not even just popular things, they love to hate everything. It's a mob mentality. Someone could tweet "SNL isn't funny anymore" and it will get a few thousand likes and then someone who doesn't actually pay attention to or watch SNL will see that tweet and decide that they now also think SNL sucks and isn't funny. That's just how twitter works unfortunately. I know this because i've been on twitter for awhile and i've 100% done this before as well.

Basically what i'm trying to say is SNL definitely gets a worse rep than it deserves on twitter. But i'm also not saying that I think SNL is super funny.

I think everyone is in agreement that SNL does a bunch of super cringeworthy shit, and most of the cringeworthy shit they do has to do with politics. Obviously SNL is going to make sketches about topical stuff because it's relevant and will probably get more views, but seriously how many times can they have Alec Baldwin do the exact same Donald Trump impression. Like that shit stopped being funny 4 years ago.

Probably half the reason SNL gets such a bad rep these days is because if you were to think of "Saturday Night Live" in 2016-2020 you would probably only think of their political sketches. Unless you are someone who actively watches the show or checks their Youtube page weekly, which a lot of people don't do.

I mean if you go on their youtube page and do a bit of digging and look for episodes with a good host, they actually have some really funny sketches. Here's two that are both from the last few months

In my opinion those are two very funny videos. Obviously there's more recent funny ones those are just my favorite recent ones off the top of my head.

I'd say if I had to guess why "SNL Sucks these days" it probably has something to do with who's sketches they want to actually produce and who's they don't want to produce. I mean in my opinion I think literally every single thing that Kyle Mooney and Beck Bennett do is laugh out loud funny, but for some reason about 90% of Kyle Mooney's sketches are cut for time.

I'd assume it's because SNL has such a massive fanbase and they probably don't think Kyle and Becks weird awkward humor will appeal to the masses, but I feel like they are just making a huge mistake with that. Kyle and Beck are easily the funniest people on the show but for some reason you'll see a lot more of Pete Davidson instead, most likely because he's an A-list celebrity.

I mean a clip of Timothee Chalamet and Pete Davidson pretending to be rappers on the SNL went completely viral a few weeks ago and I have nothing against the two of them but I didn't particularly find that clip to be funny at all, but that's obviously the stuff SNL is gonna promote the most, because people (every single girl from ages 15-30) see Timothee Chalamet and Pete Davidson together and lose their fucking minds. That sketch has almost 10 million views on youtube, so I guess it makes sense, it's just not my ideal SNL.

This is completely opinion based but I would love to see little to no more political sketches (unless they switch them up a bit) and a lot more Beck and Kyle (they are the funniest cast members on the show by a mile). I wouldn't say "SNL isn't funny" but yeah I mean there's definitely some shit they could change to make the show a lot better, like what it used to be.