I like to golf as much as the next guy but I'm no expert when it comes to custom carts like this. And by no expert I mean I have absolutely no fucking clue. 30 grand? 15 if you know a guy? I feel like a Mom POV scene: tons of mileage, weak resume.** And just like Vanessa, I'm willing to be vulnerable at the expense of your potential criticism(s). I'm sorry I don't know more about the retail economics of designer small-sport vehicles.

Maybe that makes me a sucker but where I'm from this golf cart always has a parking spot, save for most of December through March. Otherwise I'm compelled to be welcome with open arms and that's before we even get to the Miller Lite or the mustache.

No that's not me or a close/distant relative

But yes I felt a connection.

Do I love golf carts though? I mean deep down you play much better when you walk. But walking blows unless you're at a course specifically designed for walking. Nobody's asking for 25,000 steps at the halfway house. Sounds more like a death march than a casual weekend morning with your high school buddies.

But riding also blows when you spend most of the time looking for balls. I get nauseous just thinking about driving in circles through a traditional midwestern tree line on the lookout for my partner's Nike MOJO7 #7. Back and forth. Take a left. Watch out for teeshots as you cross into a neighboring hole. It should be Right Here I swear to God I had it on a line with the 3rd smallest tree from the left.

Meantime I'm in a fairway bunker on the other side of the hole, 30 yards back. And instead of sizing up my next shot, I'm pulling yardage for a guy with extremely questionable sporting ethics

I think I was actually playing a Wilson

Sure thing Mike. Play your fucking Wilson. You got 154 to the stick.

It's been 8 minutes since I tee'd off. In that time I've chain smoked a cig, finished a beer and did a lot of fake searching. By now I'm directionally disoriented and in absolutely no condition to go into that bunker. Making matters worse - Mike just hit a good shot and he won't shut the fuck up.

Being in a golf cart together renders these inconveniences inescapable. And unless you're all single digits, it doesn't really save that much time DUCKS Calm down I'm being serious. It's a time saver just not what you think.

End of the day all I'm asking - is the golf cart really worth it?

And the answer: a resounding yes. A standing ovation Fuck Yes it's worth it and quite frankly most places don't charge enough. What I lack in small-sport vehicle retail economics, I make up for with overwhelming expertise in the psychology of blowing money as a guy. And I can tell you with the confidence of 10,000 burning suns that you could triple golf cart rental prices tomorrow and we'd do nothing about it. If anything that would just compel me to "Get my money's worth" and that's officially the worst place I can be mentally when it comes to finances. Absolute hell on fucking wheels but that's a different blog.

1. That golf cart is fucking sweet.

4. Despite natural and inherent challenges, renting and riding in a golf cart is much preferred to walking.

** "Resume" is one those words that should come with the fancy e with the thing over it. It's notably less powerful to it's other pronunciation and I think it's fair to reflect that in the spelling. This has always bothered me.

PS - I didn't write a the blog about golf motorcycles but used the image of Macklemore riding one from over the weekend. Honestly I just like the picture and didn't know how to talk about it so I'm circling back to just say these are cool too. 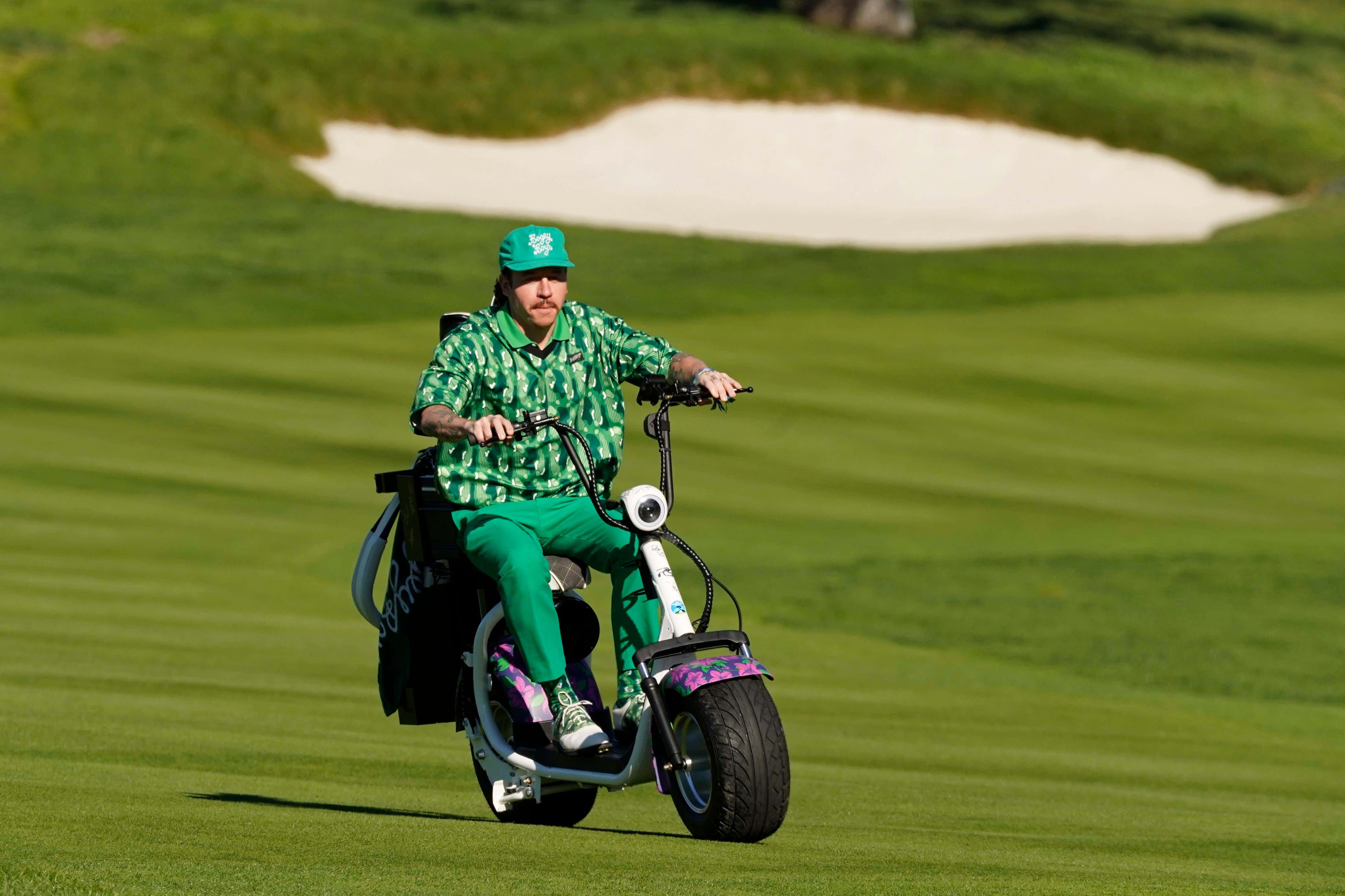 And No that's also Not Me.