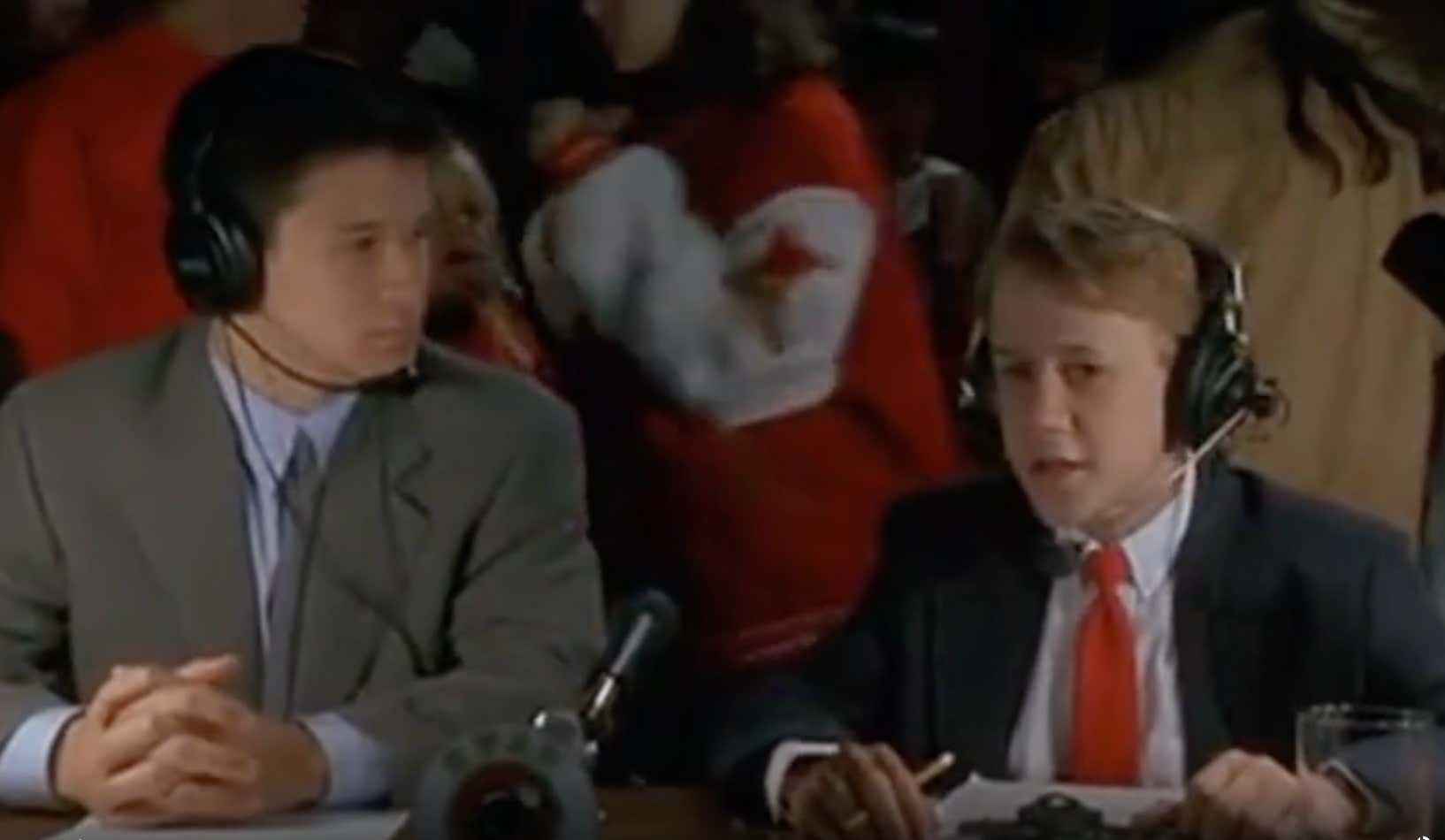 I started off my Sunday morning yesterday the same way I always do. Take the dog outside, brew up a cup of coffee, and toss on one of the installments of The Mighty Ducks Trilogy. This particular Sunday it was time to enjoy the 1996 blockbuster hit, D3: The Mighty Ducks.

While D3 certainly isn't my favorite movie in the trilogy, it is still one of the most influential movies to ever be created. It teaches us so many valuable lessons about life. About how to handle adversity, about how to move on a create a path on your own, and about Paul Kariya randomly showing up to be a guest on the broadcast of a high school hockey exhibition game between a varsity team and their JV team.

Wait. What was that last one again?

Now I've been watching The Mighty Ducks my entire life. I was 6 months old when the original movie was released. And throughout my time here on Earth, I've always done a good job as suspending reality while watching these movies. I realize that Team USA wouldn't be able to just pick up some random kid in East LA to add to their roster in an international tournament, and that the physics of the knuckle puck don't really add up. There are plenty of moments throughout this trilogy that don't seem entirely plausible in real life. When you're dealing with the Minnesota Miracle Man, however, anything is possible.

But Paul Kariya showing up to what is essentially a high school hockey intrasquad scrimmage, just to hop on the broadcast for the 3rd period? I don't know, man. I've been trying to wrap my mind around this one for decades and I still just can't come up with a single plausible scenario which would explain this.

Were the Ducks traveling to Minnesota for a game and it just so happened that the schedule lined up? No. It was 1996 and at the time, there was no NHL team in Minnesota as the Stars had already relocated to Dallas, and the Wild didn't enter the league until the 2000-01 season.

Was Paul Kariya simply trying to get his broadcasting career jump started so that he had something to do in his life after hockey? Again, it was 1996. Paul Kariya had just put up 108 points in his 2nd season in the NHL. I highly doubt he was thinking about life after hockey then.

Is Paul Kariya from that town or maybe an alumni of that high school? No. Paul Kariya is Canadian. And while he came the the States to play college hockey for Maine, he played in the BCJHL before that. All we know here is that Paul Kariya was in town just because he's a "visiting friend of the Twin Cities area".

This wasn't a state championship game. This wasn't even a regular season game. It was a high school varsity team playing against the JV team. How many people could possibly be watching that broadcast? The arena was full so that means that maybe, at most, there could be like 100 other people who were going to watch that game at home. And that was enough to rip Paul Kariya out of Anaheim in the middle of the season, hop on a PJ out to Minnesota, toss on a suit and hop on the broadcast with some little twerp in his Intro To TV Production class for the 3rd period? There has to be more to the story here that we still just don't know, and it's high time we get some answers. And I have an idea…

JORDIE'S THEORY: The Mighty Ducks Trilogy actually never took place. The entirety of the 3 movies all just took place in Paul Kariya's mind while he was out after that hit from Scott Stevens.

Off the floor, on the board. Fucking chills every time. But yeah. If all of this was taking place in Paul Kariya's mind, then that would explain why he's calling the 3rd period of that game. Nothing else would make sense.