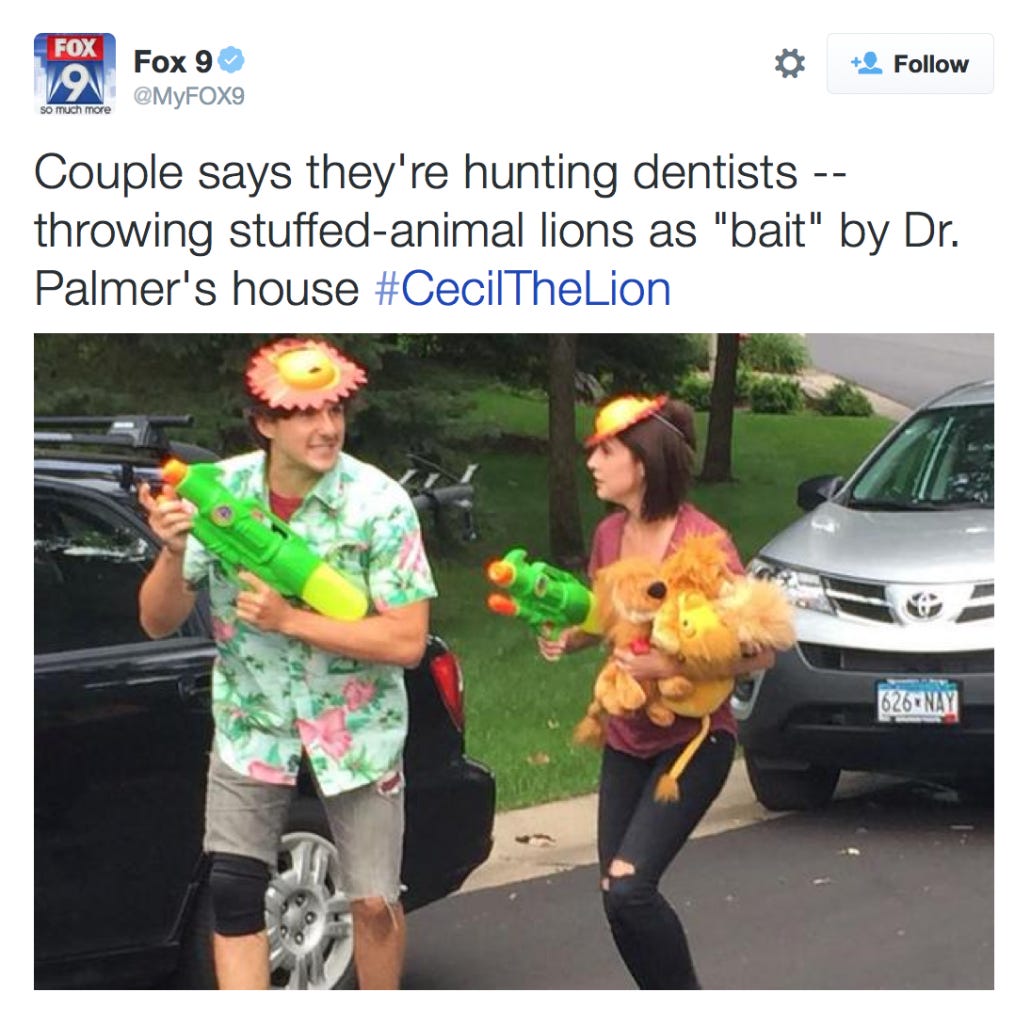 Look I don’t really give a fuck about hunting. If you want to go to Africa, go on a safari, and kill a regular lion then I’m not going to get worked up in the least. But what this dentist did was intentionally lure a protected lion out of his safe zone just to kill it, and lured him by dragging a dead carcass behind a car. That’s not hunting and you should get fucked for that.

At least that’s what I thought until I saw this picture. If these are what all the people out there tweeting and giving bad Yelp reviews are like then fuck them. I’m not saying I don’t respect their stance, I’m just saying that I can’t be on the same side as folks like this. I refuse it. If you’re some fucking dork running around with water guns in front of houses, wearing flower petal hats, Hawaiian shirts, jorts and knee pads then I’m just never going to be on your team, because that team is clearly the losing one. You’re squad sucks. You’re the last pick in gym class and you’re bringing everyone else down. Even Cecil the Lion is looking at this picture from heaven willing to risk a second life just to come down in front of Dr. Palmer’s house and eat your ass. So I’m sorry but I have to become Team Dentist. It’s like being a free agent and refusing to go to a team with a known locker room cancer on it. I just know that me and these people will never see eye to eye and I will never get along with them and together we’ll bring down the club, so I’ve gotta choose to go elsewhere.