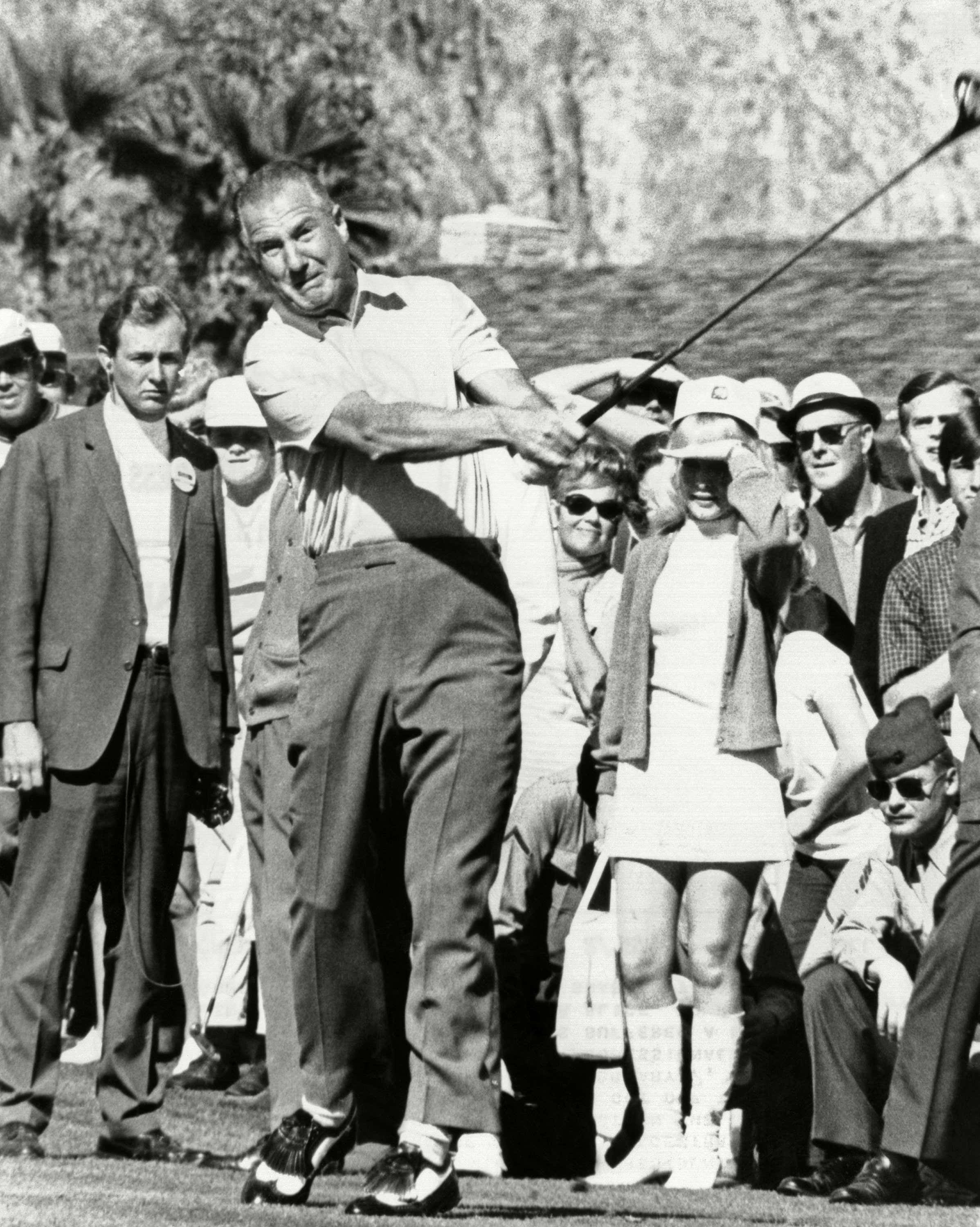 Vice President Spiro T. Agnew hits three spectators with his first two shots while playing golf in the Bob Hope Desert Classic at the Bermuda Dunes Country Club in California. Agnew was playing in a foursome with Doug Sanders, Bob Hope, and Willie Mays. One year earlier, Agnew struck Sanders with an errant shot. Arnold Palmer would win the pro-am for the fourth time in the tournament's 11-year history. Arnold Palmer would win the tournament once more in 1973.

The Bob Hope Desert Classic began in 1960 as the Palm Springs Classic. It became the Bob Hope Classic in 1965, as it was a pro-am, with the top stars in golf playing along with stars from other sports, actors, and other well-known celebrities. This included politicians, with Vice President Spiro Agnew getting an invite to play. Agnew was an avid golfer who had no control of where the ball was going.

Spiro Agnew was born on November 9, 1918, in Baltimore. After earning a Bronze Star at the Battle of the Buldge, Agnew passed the bar and became involved in politics. He served as a county executive before becoming the Governor of Maryland in 1967. Spiro Agnew would not serve a full four years, as he was nominated for Vice President alongside Richard Nixon and assumed office in 1969.

Spiro Agnew was an avid golfer and often played during his free time. He participated in the 1970 Bob Hope Desert Classic, striking Doug Sanders in the head. Invited back, Agnew once again proved to be a danger to anyone who was nearby. On his first shot in the fourth round, the Vice President struck a couple from Oregon, hitting G.L. Decker and his wife on their arms. Agnew went over to the couple, kissing the woman on the arm. Since his first shot was ruled out of bounds, Spiro Agnew returned to the tee box and was off target again, this time striking Jacquline Woods of California in the leg. Mrs. Woods would be taken for x-rays and released. Spiro Agnew, meanwhile, gave up and went on to the next hole.