Awwwwwwwwwkward.  Awkward reaction from the pretty white lady when the black guy got a little too close.  Almost came right out of her own skin when that dude popped up over her shoulder.  Actually, I’m not gonna jump to any conclusions on her reaction.  Nope.  I mean she probably would’ve reacted that way regardless of who the person was or what they looked like, right?  I’ll give her the benefit of the doubt unlike the rest of the internet will.  It just happens to be a black guy creeping into her news shot and her reacting like he’s about to kill her in cold blood.  The bottom line is if anybody sneaks up behind you, it’s gonna scare the fucking shit outta you. The feeling of being scared is such a jolt to the system. It’s the worst.  She took it in stride though.  Laughed it off.  Dropped a few curse words.  No harm no foul.  Back when FHRITP was around reporters would have a look on their face like they wanted to kill the person.  Not this lady.  Just jolly as can be while almost shitting her pants on TV.  Also, that dude shouldn’t be creeping around news reports in the first place. Lesson learned.

If this look doesn’t say, “Oh shit please don’t press charges it was just a joke I swear” then nothing does 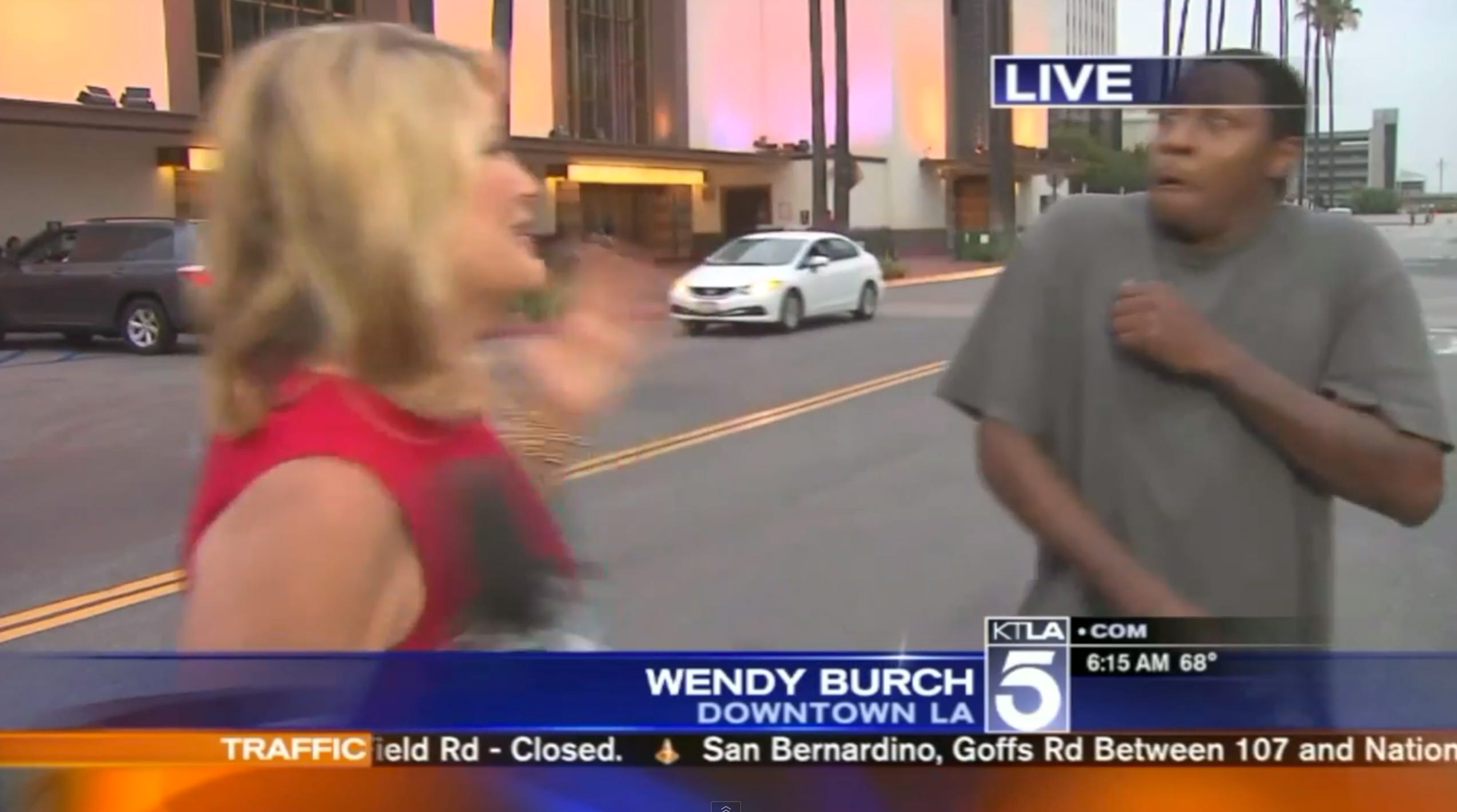